Blanketed by a late-night snowstorm, Queens Vocational Technical High School in Long Island City, N.Y., seemed still from the outside on a cold, slushy Saturday in late January.

But it was anything but calm on the inside, where 25 Action Team volunteers were hosting a baseball clinic featuring Marlins slugger Giancarlo Stanton and Yankees pitcher Chris Capuano that would also serve as the backdrop for the taping of the Action Team’s newest Public Service Announcement campaign.

The Action Team Captains, part of the Players Trust’s joint youth volunteer program with Volunteers of America, came from Queens Vocational and high schools as far away as Virginia’s Bishop Ireton and HB Woodlawn.

While kids tossed around a baseball and learned some tips from the Action Team Captains, the rolling cameras captured every move.

“I better get an Oscar for this,“ one of the teen volunteers commented on his “performance.”

While the kids tried to keep their focus on the event at hand (the baseball clinic) it was difficult for them to keep calm about the appearance of the two big league players as guest instructors. They were excited.

Foley, from Minnesota, is an Action Team pioneer. She was part of the program when it was only in two locations. Kirschling helped launch the program in his school, West Deptford High School in New Jersey, and was one of the first Action Team scholarship recipients

The baseball clinic in Queens served as a great opportunity for the current and former Action Team Captains and the Major Leaguers to share their thoughts on volunteering and the Action Team program. Foley and Kirschling left a legacy of volunteerism for others in their schools and across the country to follow.

Those Captains who were new to the program learned how the Action Team has grown over the years, thanks to teen-age volunteers who had the same passion and desire to help others while they were in high school.

Capuano and Stanton encouraged those in attendance to further expand their community outreach efforts.

“It was so rewarding for me to share a Saturday in January in a school gymnasium working alongside some truly outstanding teens to teach local kids the game I love and join in the spirit of volunteerism and community involvement,” said Capuano, looking back at the event.

From the clinic to their discussions and even passing out baseball cards over pizza, Capuano was genuinely impressed.

“What struck me about these past and present Action Team Captains was how self-confident, bright and poised they all are,” Capuano said.

“The leadership skills and perspective you get from organizing and carrying out volunteer projects as a member of the Action Team program will clearly stay with you for life.”

To date, more than 82,000 high school students have helped over 250,000 people in need through the Action Team. And, with support from current and former captains and Major Leaguers, the program will continue to inspire an even greater number of teens to get involved with causes about which they are passionate.

When the baseball instruction was over and it was time to brave the cold again, the day’s experience left a warm spot in everyone’s hearts.

“It was really fun interacting and working with the kids,” Stanton said. “It was incredible and inspiring to see how much responsibility they took on for the event and how they made it a success. I was very impressed by their determination and organization throughout the day. They had so much energy and were always there to offer help and support to everyone.”

To watch the TV PSA and the “Legacy” video, please click on the links below.

For more information on the Action Team program or to #JoinOurTeam click here. 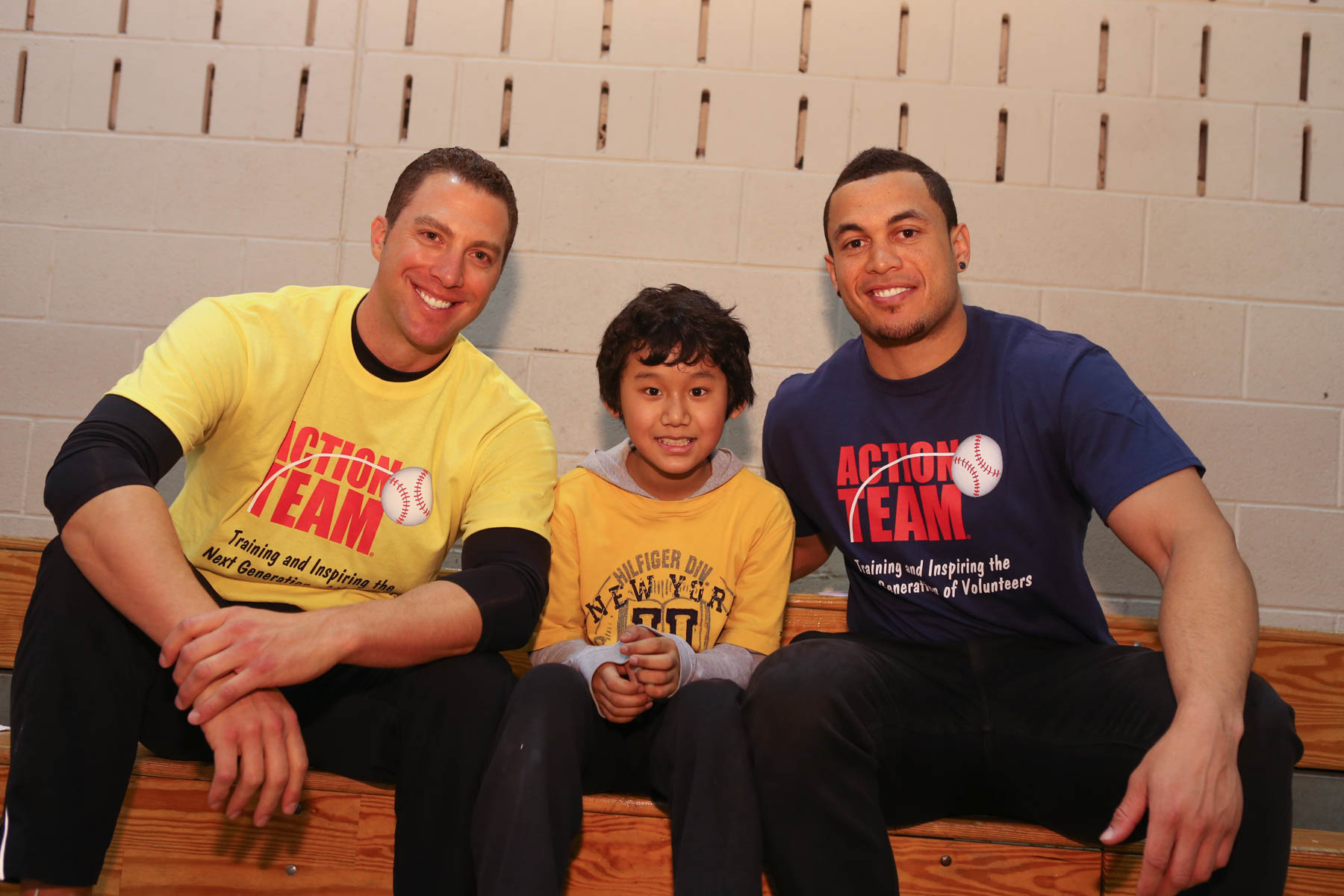 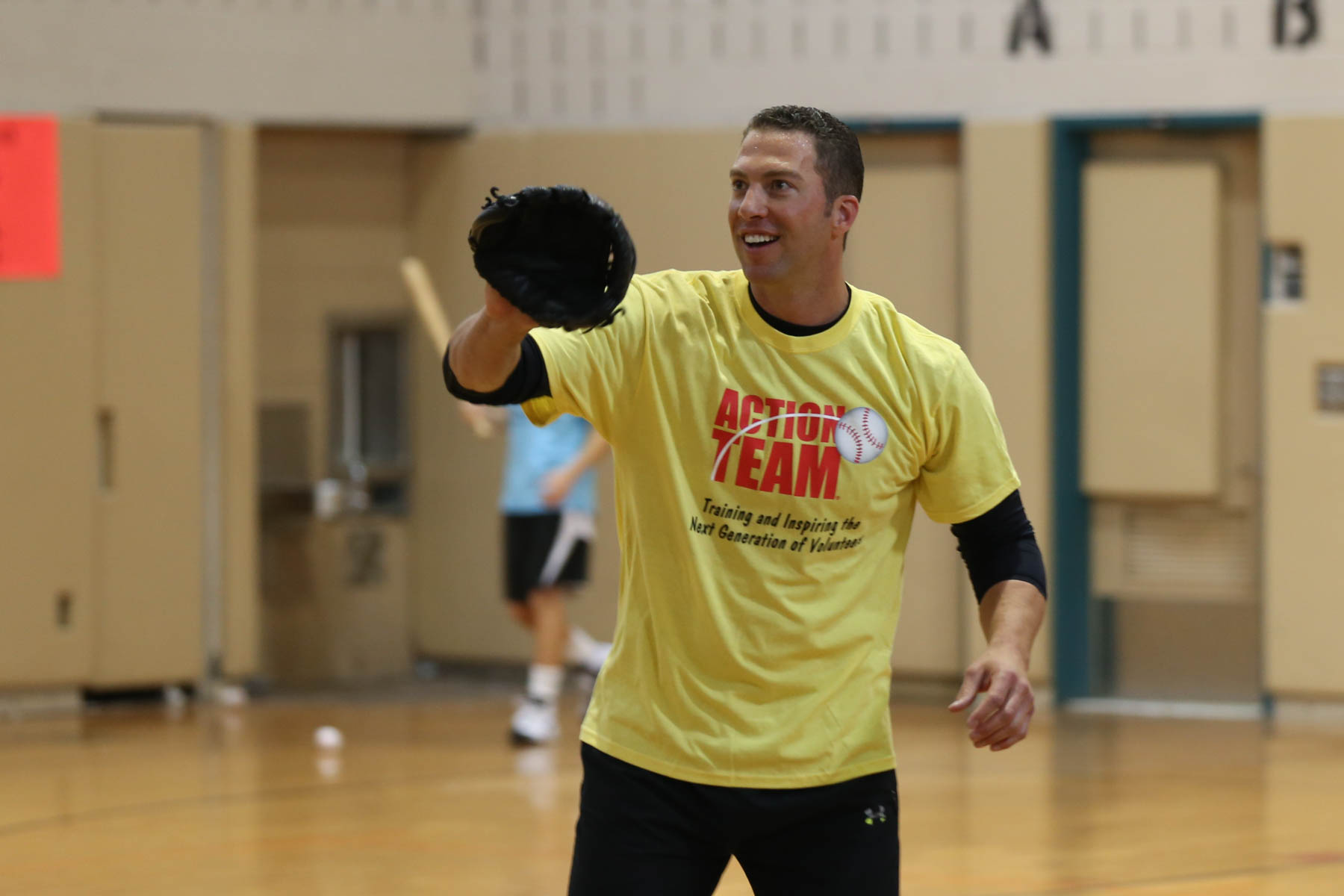 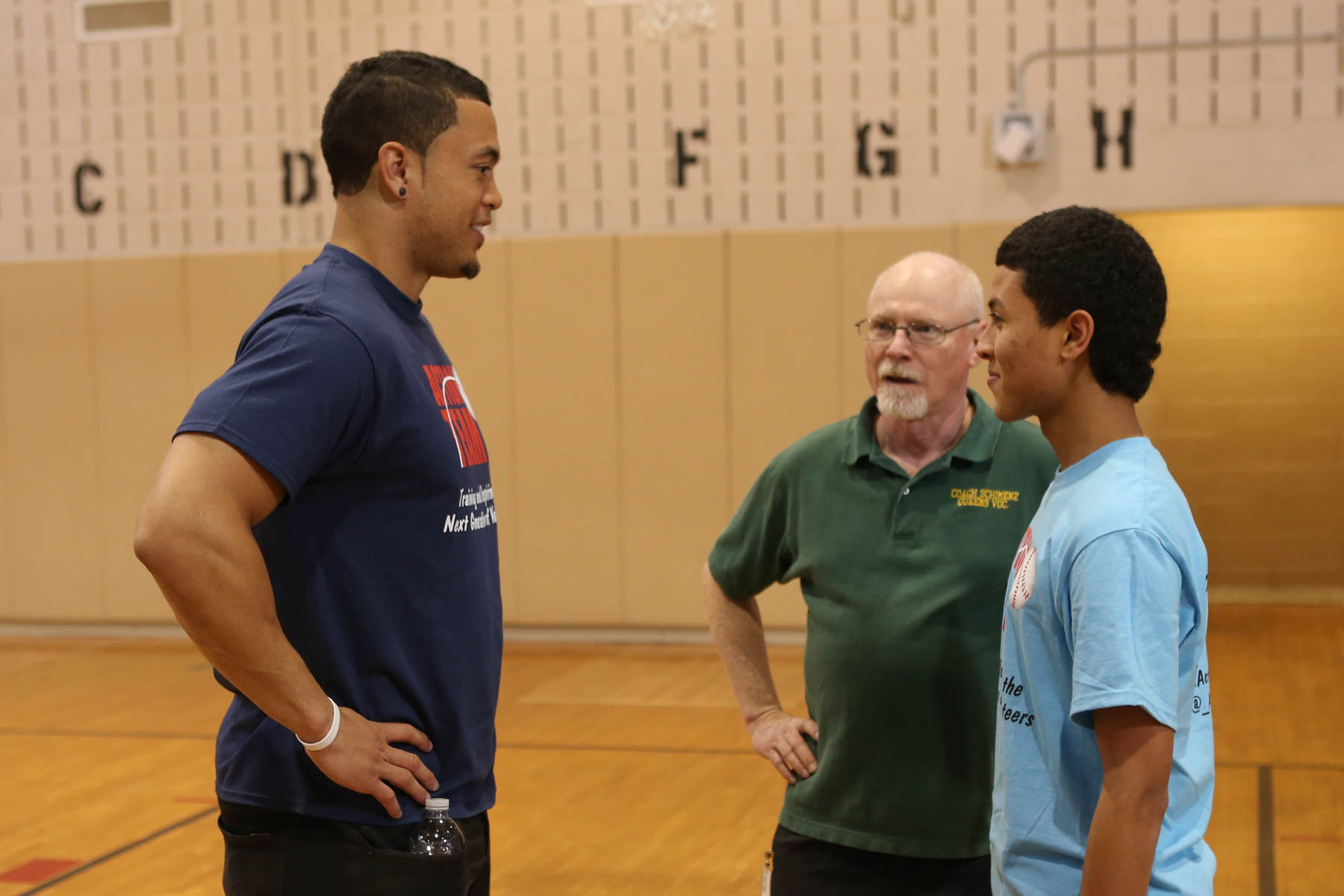 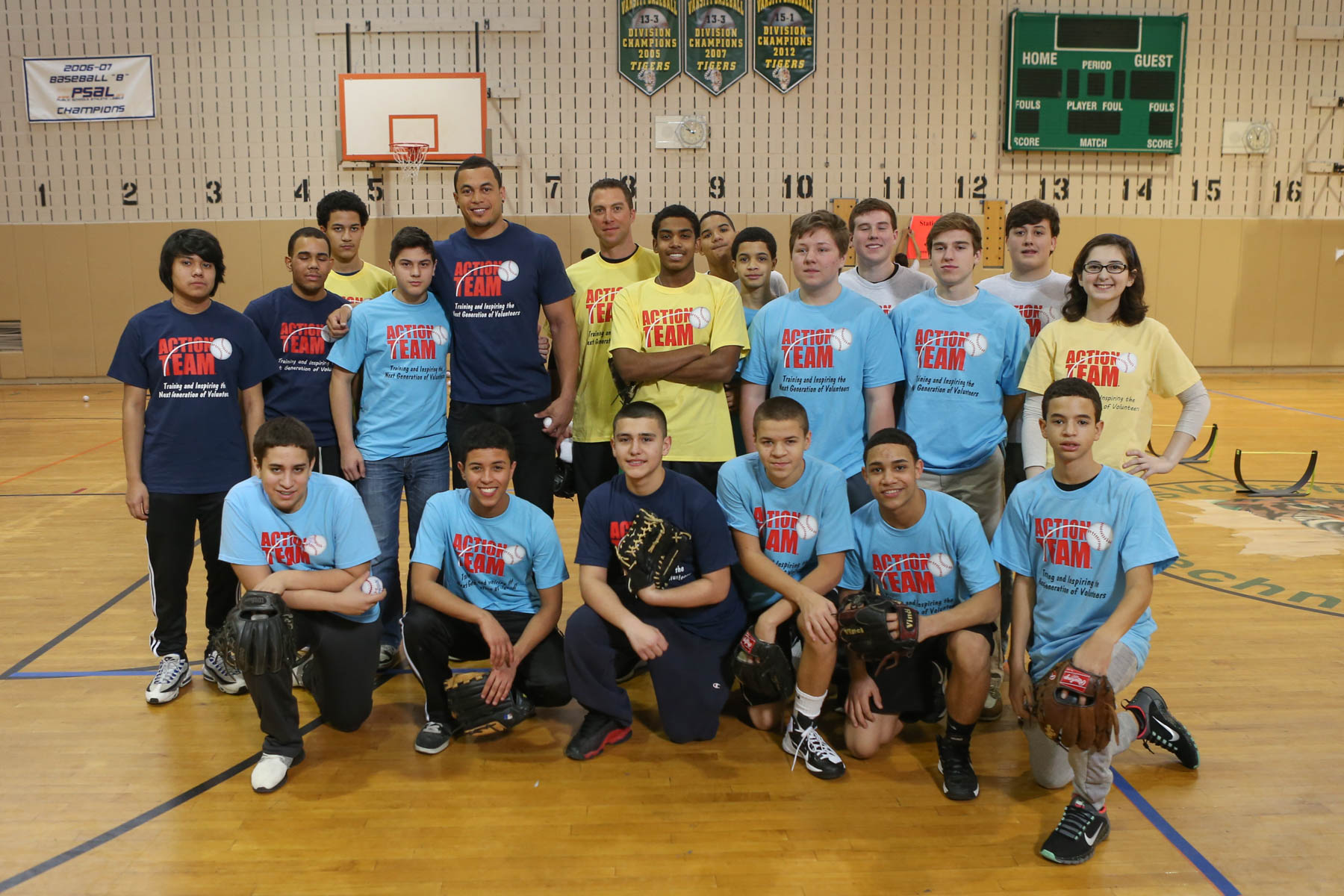