Five researchers received the 2013 Elsevier Foundation Awards for Early Career Women Scientists in the Developing World for pioneering work that could contribute to life-saving research in Africa, the Middle East, Asia, Latin America and the Caribbean.

The prizes were awarded by the Elsevier Foundation, the Organization for Women in Science for the Developing World (OWSD) and TWAS, the academy of sciences for the developing world to build research capacity and advance scientific knowledge throughout the developing world. The award included $5,000 and an all-expenses paid attendance at the American Association for the Advancement of Science (AAAS) annual meeting in Boston, where the winners received their prizes during a ceremony on February 16. During their stay, they also visited the labs of scientists who will be their mentors.

“These five women are pioneers,” said Professor Fang Xin, president of OWSD. “Their creativity and achievements will contribute to saving lives around the world, and that is sure to inspire a new generation of young women to pursue their highest ambitions in science and other fields.”

In an interview following the awards ceremony, the winners talked about their research and why the recognition was important to them and their countries.

Which plants can help diabetes?

Dr. Adediwura Fred-Jaiyesimi of Nigeria studies the use of traditional medicine for the treatment of diabetes.

What I get from the award I’m going to reinvest in my research.

She started by screening 21 plant species that are used in traditional medicine for the treatment of diabetes. She wrote about them in an article published in Elsevier’s Journal of Ethnopharmacology.

Of these, she chose two to investigate further: leaves from the spondias mombin (hog plum) plant and parkia biglobosa (African locust beans), whose fermented seeds are used as a spice in soups and stews in West African. From these two plants, she isolated some compounds that exhibited alpha-amylase inhibitory activities, meaning that they block the enzyme that digests starch and slow the rate that blood sugar rises. She and her colleagues reported on one of these compounds for Elsevier’s Food Chemistry journal.

As for the benefits of the award: “It’s going to help me a lot,” she said, “because what I get from the award I’m going to reinvest in my research.”

Improving outcomes for pregnancy and hyperthyroidism

One is her research on fetal screening for congenital anomalies in early pregnancy using ultrasonography, which she says has enabled the earlier detection of fetal abnormalities so they can be managed with less risk to the mother and the fetus.

The other is her introduction of the use of inactive iodide adjunct medication with radioiodine therapy in Graves’ disease (hyperthyroidism) in Bangladesh. She said this approach has led to better outcomes with a lower dose and frequency of radiation, “which will reduce radiation exposure to patients and also reduce the cost.”

Dr. Akhter pointed out that in developing countries, scientific research is more challenging due to lack of resources, infrastructure and opportunities for support. “For young researchers, especially women, it is more difficult to continue research without cooperation and support from employers, co-workers and even family members,” she said. “This award is an immense honor. … It will be recognized by my government and employer so that I can continue my work in a research-friendly environment with their support.”

“It will also encourage a new generation of women scientists,” she added.

Tackling a different kind of malaria in the Amazon

Dr. Dionicia Gamboa, a molecular biologist in Peru, studies tropical and infectious disease, especially malaria, which takes a different form in South America. “Most of the vaccines and rapid diagnostic tests are based on African parasites,” she explained. “We are trying to better characterize the parasites that come from the Amazon region and their behavior from different angles.”

She works with an interdisciplinary team that includes biologists, epidemiologists, entomologists, physicians and social scientists.

“This award is very important for me and my institution because it shows that science from the developing world can be recognized abroad,” said Dr. Gamboa of Peru. “With limited funds in my country, we need to compete for international funds, and at the international level, the competition is very hard,” she explained. “You need to find good partners in key institutions that can help you,”

When she returns to Peru, she said, she will be able to show her own students that it’s possible to make a living in science and be recognized at a high level.

‘A chance to be a role model’

Dr. Namjil Erdenechimeg of Mongolia was honored for her investigations of catalytically active antibodies with oxidoreductase activities from the sera of rats. Her work involved isolating and characterizing polysaccharides in new sources of plants and fungi for to determine their nutritional value.

In Molgolia, there is a chance for women to achieve success if they have a passion.

In her country, she said, there are many opportunities for women to become scientists.

“In Mongolia, there are so many women scientists coming up, so there is a chance for women to achieve success if they have a passion,” she said. “This award is inspiring and gives me a chance to be a role model for the young women who want to be scientists.”

Dr. Huda Omer Basaleem of Yemen was recognized for “her dedication in the fight against cancer and for the well-being of women and children in the Arab region.”

She said there are young women scientists in her country who are very good, but they need a role model. When she returns, she said, they may see her as such and wonder what they can do to achieve international recognition for their work.

She said she planned to mentor others by “sharing stories and giving them advice.” Her top tip: “To be dedicated in their work; to be a hard worker and update themselves; to learn and learn and learn.”

This is for my journey as a scientist, as a research, as a professor.

She added that there should be no age limit for women to continue their studies. Due to family commitments and universities that require people to work a certain number of years before entering graduate programs, women in some developing countries go for their master’s degrees and PhD at an older age than women in the developed world. However, many sponsoring organizations and fellowships have an age limit, which means many women don’t get to benefit from these opportunities.

Dr. Basaleem said this award was different than any she had received. “I have some awards for completing secondary school and completing medical school,” she said. “But this is for my journey as a scientist, as a research, as a professor.”

During the award ceremony, the organizers reflected on the significance of the awards.

Professor Romain Murenzi, executive director of TWAS, said: “If we hope to solve the challenges that confront developing nations, we must help young women in science to fully develop their skills and energy. The winners of this prize will be an inspiration not only to other young women, but to all scientists of every generation.” 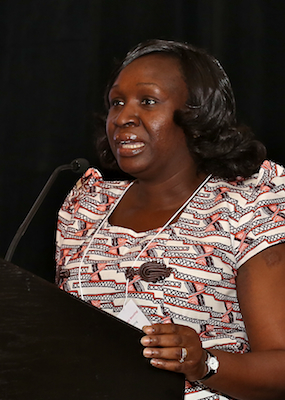 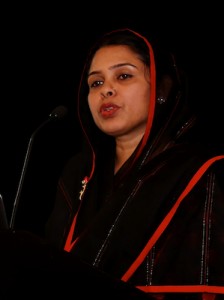 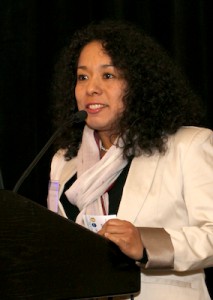 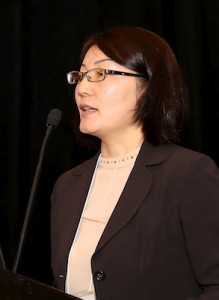 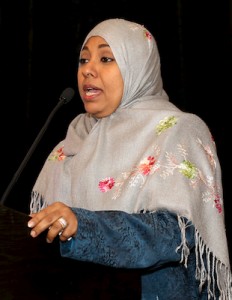 More from The Elsevier Foundation

Elsevier Foundation Announces its 2015 Grant Recipients
Dec 4, 2014 8:30 AM ET
Nominations Open for 2015 Elsevier Foundation Awards for Early-Career Women Scientists in the Developing World
May 15, 2014 10:30 AM ET
The Elsevier Foundation Calls for 2014 Innovative Libraries and New Scholars Proposals
May 6, 2014 11:30 AM ET
Early Career Women Scientists from Developing Countries Honored for Research into the Medicinal Properties of Natural Compounds
Feb 13, 2014 8:00 AM ET
STEM Workforce Retention Topic of New Book from Association of Women in Science (AWIS)
Feb 12, 2014 10:30 AM ET