Gorging on a mountain of pizzas, hula hooping and competing over renditions of Gangnam Style... not what you’d typically expect from a competition in the banking sector. Nevertheless, these were a few of the highlights from Barclays’ recent hackathon.

During the two-day weekend event, 547 teams and 1,045 participants competed over 36 hours in Mumbai, India, and Manchester, UK, where Barclays has two of its Rise innovation hubs.

Nima Samari-Pirnegh, a strategy and tech expert for Barclays UK, was at the Manchester event. Officially, Nima was offering advice on UX (user experience) design to the competitors. Unofficially, he was keeping a close eye on how events unfolded for home.barclays – here is his hackathon diary.

08:00 – All quiet, but the Rise team and helpers have been busy. Goodie bags are assembled and team locations agreed.

09:00 – Getting busier – More than half the teams have arrived. The large breakfast spread has almost disappeared and the coffee pumps have been refilled.

09:45 – Introductory speeches from Shaun Terry, CTO of Barclays UK, and Esme Harwood, Transactional Business, with a passionate talk around PSD2 and the future of banking.

10:15 – Ice-breaker time. You might cringe, but it seems to work: everybody jumps around to Gangnam Style. The best (worst?) dancer gets an iPad so it’s worth it for five minutes of embarrassment.

10:30 – A quick introduction to the event’s sponsors, including Twitter, IBM, Amazon Web Services and many more innovative companies. Now it’s time to code.

10:45 – Teams have quickly moved to their designated areas. Some have their own rooms to camp out in for the weekend. I’m expecting great things.

11:00 – I start walking the floors, introducing myself and offering design/UX help where applicable.

11:30 – Everyone is now plugged in. It looks like something from The Matrix. I soon learn to keep my introductions to five minutes and let the teams get on and beaver away at their products and services.

14:00 – Plenty of team pics are rolling in for the selfie competition. Prizes are available from partners and the event itself. There are prizes from partners for the best use of their API (app-creation) platforms and fun prizes for… fun!

14:30 – Flashback to our parents’ houses as we’re told to turn the music down. The developers want to be as productive as possible in this 36-hour window. We turn down the volume. OK, we turn it off.

18:00 – A thousand pizzas have just arrived. Maybe not a thousand, but a LOT of pizzas.

09:00 – Breakfast, with the majority of teams back in the zone and in their happy places.

11:30 – The pressure is on. Thirty minutes until submission deadline for the refined idea and any accompanying documentation or code that’s necessary.

12:00 – Code submissions are complete. Time to hear some non-hackathon pitches.

13:45 – Great ideas coming through. From a simplified authentication for identity through to truly integrated services that offer solutions for an IoT (internet of things) world.

The teams are tackling one of three problem statements (challenges). Each team competes to win their challenge.

Round one sees every team pitch-off against the others to impress the challenge sponsors. The top three for each challenge are put through to the final.

I hear some fantastic ideas – including integrated voice payments and a solution for your utilities bills. There’s also an impressive affordability algorithm that can project your forecasted income, making use of external API.

16:15 – The finalists have been announced. We’re down to eight remaining teams. Some will now leave on their long journey home. The prize for longest distance travelled was for the 5,300 miles from Los Angeles.

18:00 – More pizza, but the final judging is ongoing. It’s a flurry of activity.

18:30 – Some very difficult questions are being asked by the judges, but great responses too. It’s going to be a tough decision.

19:00 – The judges have decided and we have our three champions. Congratulations to teams Nevis, Baringa/Priocept, and Presciense! The winners collect their prizes and – more importantly – the glory. 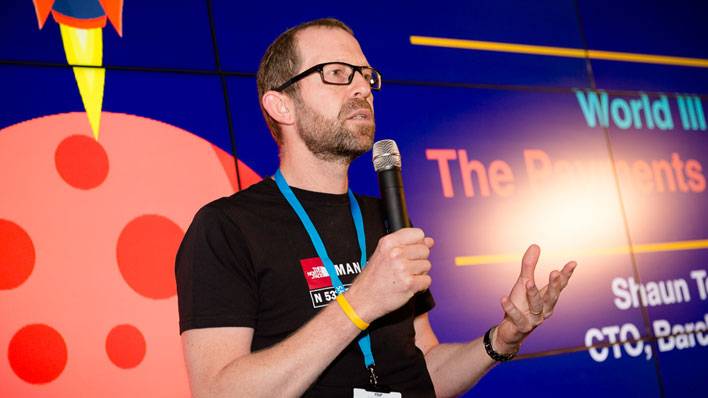 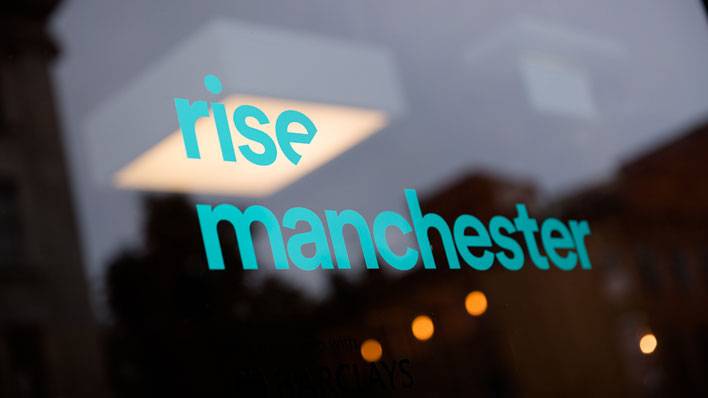 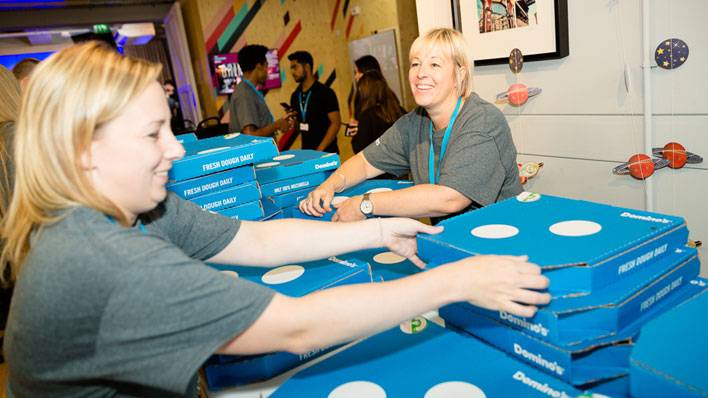 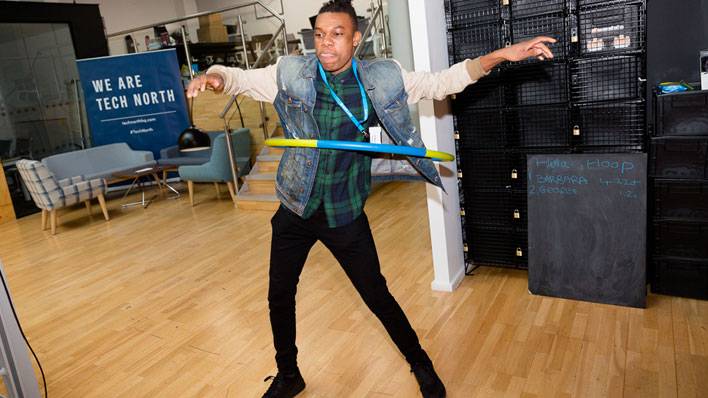 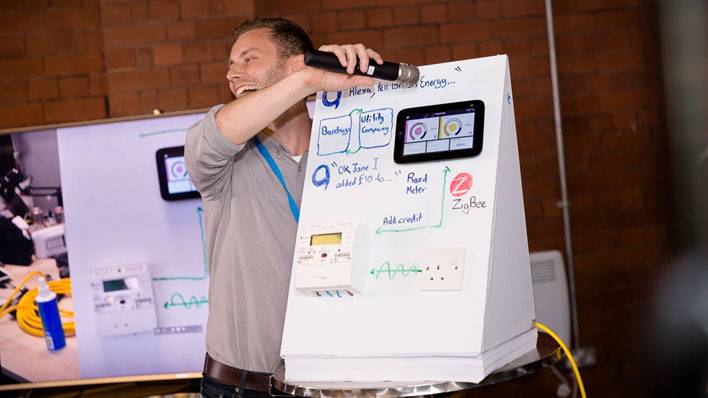 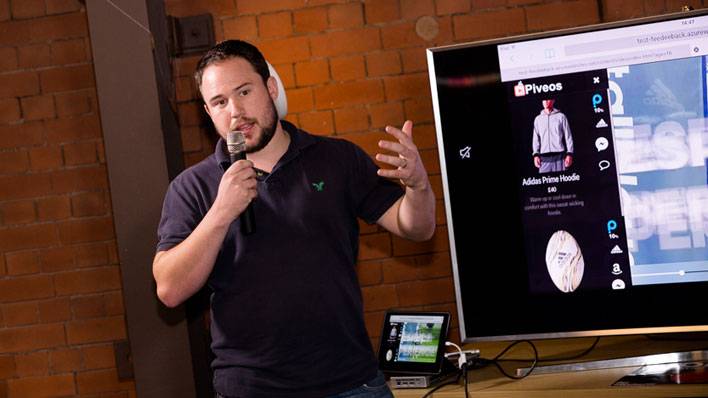 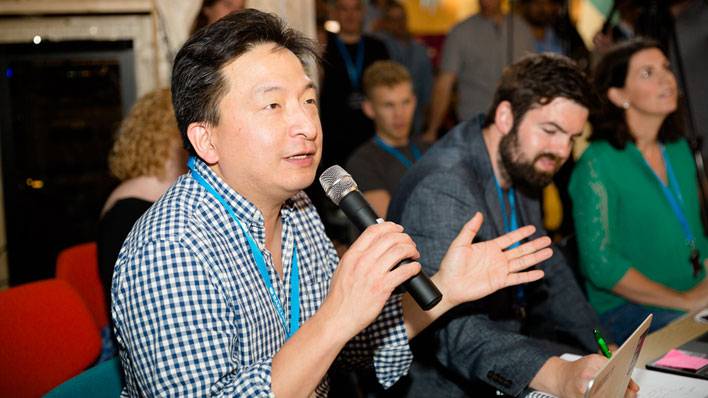 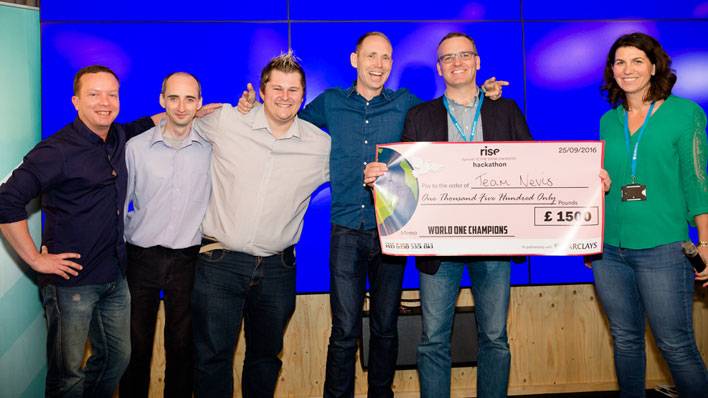 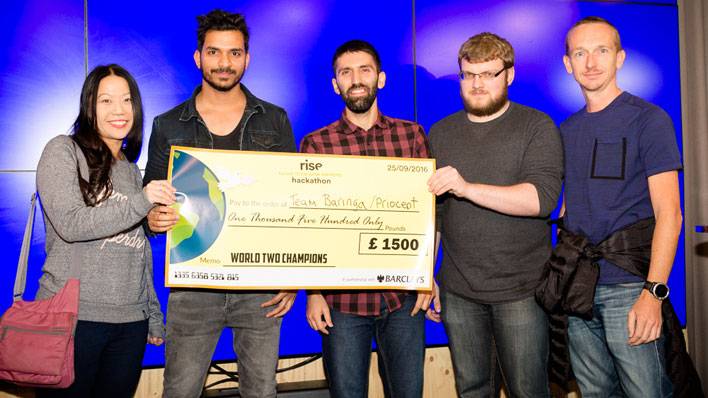 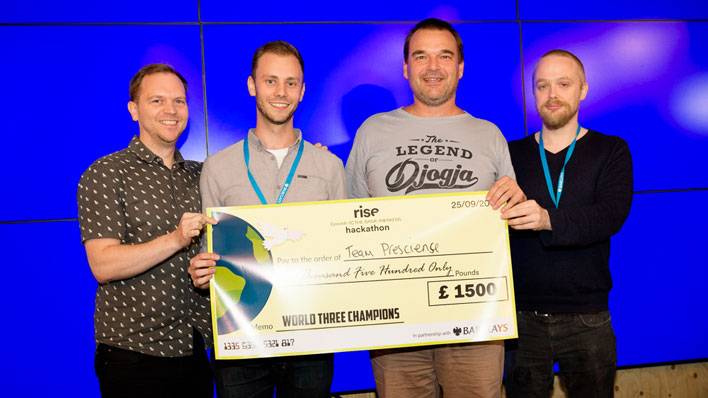