The USS Iowa was an important U.S. Navy battleship during World War II. Now docked at the Port of Los Angeles in San Pedro, Calif., the retired warship is a museum open to the public. Earlier this year, the Navy donated 150 16-by-50-inch caliber projectiles to the museum. Although the projectiles are inert, transporting them was a challenge due to the large size and quantity.

On Sept. 17, the first load of 75 projectiles was delivered to the battleship. Originating in Crane, Ind., on the Indiana Railroad and then moving on CSX, the boxcar loaded with the projectiles interchanged for movement on BNSF at East St. Louis, Mo., and BNSF moved it the remainder of the journey to the West Coast, where it was interchanged again for final transport to its destination. Others that donated services included Arrow Transportation, Odon Transload, Pacific Harbor Line and Pacific National Transportation.

The Battleship Iowa Museum is owned and operated by the Pacific Battleship Center (PBC). The nonprofit aims to preserve and display artifacts from the battleship era. These historic shells have been in storage since the Navy’s battleship program ended in the 1990s and now, nearly 25 years later, these and other artifacts are being disposed of and will no longer be available. The shells will be displayed on the ship as they would have been found while the USS Iowa was still in use.

“I want to thank everyone who worked with us to help secure these massive projectiles from the Navy,” said Jonathan Williams, PBC president and CEO. “The addition of items such as these, as well as other historical artifacts, allows us to provide up-close, one-of-a-kind experiences that the general public would never have the chance to encounter.”

BNSF has contributed to the movement of historic military artifacts before. In 2012, BNSF helped move gun barrels used on the USS Arizona and USS Missouri to be displayed in a World War II memorial near the Arizona state capitol in Phoenix. 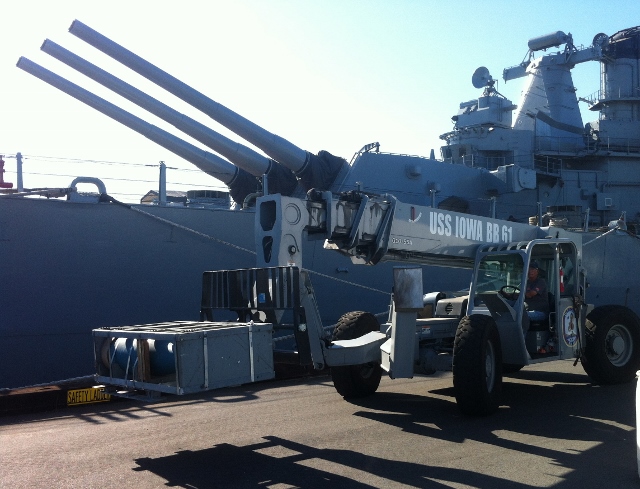 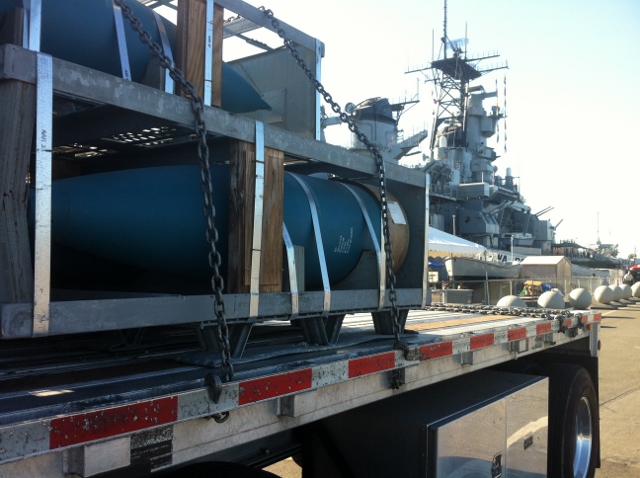 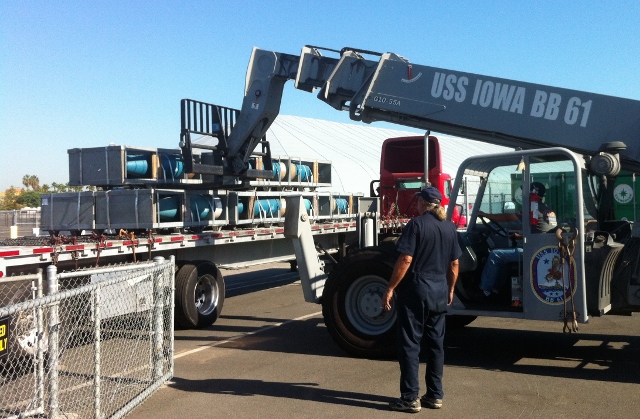