National Preparedness Month is in full swing, and the Federal Emergency Management Agency’s (FEMA) theme for September 2015 is “Don’t wait. Communicate. Make your emergency plan today.” During NPM 2015, Booz Allen Hamilton is educating its employees on preparedness, and engaging with our local communities, helping to build awareness of the importance of a “whole of community” approach to resilience.

On Sept. 16 the firm will sponsor an INOVA Blood Drive at the firm’s headquarters in McLean, Va. Later in the month, employees from a number of regional offices will be invited to view prevention and preparedness demonstrations and trainings.

Booz Allen principal Marko Bourne served as Director of FEMA's Office of Policy and Program Analysis after Hurricane Katrina. Bourne said of the nation’s steps to achieve resilience: “Public-private partnerships need to take on a new leading role that involves both private and governmental funding to change the economic model for communities to improve disaster resilience and build new and resilient infrastructures to support long term viability of communities.” He added, “Part of resilience lies in understanding where the social capital of a community lies, and in being able to recognize new influencers and centers of gravity as they emerge. Social capital comes from the folks we don't think about in the normal disaster community but expands it to those we've never engaged in the past. What matters is the ability to understand how to enlist the help and support of emerging community leaders.” 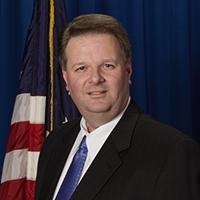