Mar 13, 2015 11:05 AM ET
Tweet This:
Read about 2015 @Toyota Family Teacher of the Year http://toyota.us/1ArNOXC engaging students’ families in their children’s #education.
Article

When high school teacher Kristen Whitaker arrived at work March 11, she knew there was a school assembly. But it was really just a ruse, set up to surprise her as the 2015 Toyota Family Teacher of the Year. The National Center for Families Learning (NCFL) and Toyota recognized Whitaker for her efforts in engaging students’ families in their children’s education. She receives a $20,000 grant to fund a family summer camp program she created for low-income minority students and their families. Whitaker leads family engagement efforts at Columbia Heights Education Campus (CHEC) in Washington, D.C., where the student population is 100 percent minority and 90 percent low-income. So far this school year, Whitaker has visited 37 families, and coached fellow faculty members to make visits, resulting in a combined more than 200 visits. Why? Home visits build meaningful relationships with students and their families. They keep parents informed and offer an opportunity to set goals and track progress over time. In short, it helps families meet their full potential. Whitaker also works with fellow teachers to bring knowledge of family culture back to class, making instruction more personal and individualized. Insider her classroom, Whitaker’s students are highly engaged and performing well above average academically. “Kristen believes strongly in the importance of meeting parents ‘where they are’ in order to build trust and achieve family goals,” said Principal Maria Tukeva. “Her work has created a whole new energy around involving parents at CHEC.” The Toyota Family Teacher of the Year award, a national honor now in its 19th year, recognizes that families play a crucial role in the learning process of children. It salutes educators who are exceptional at using intergenerational approaches to engage students and their families in education. “The family summer camp Kristen plans is a great example of using the Toyota Family Teacher of the Year grant to employ the latest approaches to intergenerational learning in a program that will appeal to and reach entire families,” said Mike Goss, vice president of external affairs, Toyota Motor Engineering & Manufacturing North America. “Study after study has proven that parents engaged in their children’s learning increases student achievement,” said Sharon Darling, president, NCFL. “And more recent studies also indicate that the willingness of a parent to get involved in their child’s education is very powerful in strengthening the parent-child relationship … as well as the entire school and the community as a whole.” Whitaker and runner up, Donna LaBeaume of San Antonio, Texas, will be recognized for their accomplishments at the NCFL Families Learning Summit  in Houston on March 17. LaBeaume is a virtual pre-kindergarten coach at the Southwest Independent School District Early Childhood Center. Through technology and parent coaching, she encourages early childhood literacy among more than 100 predominantly Hispanic families. LaBeaume received a $5,000 grant to continue her family engagement efforts. “The extraordinary work of both Kristen and Donna in engaging families in their student’s education will pay dividends for these students, their families, their schools and their communities for generations to come,” Goss said. 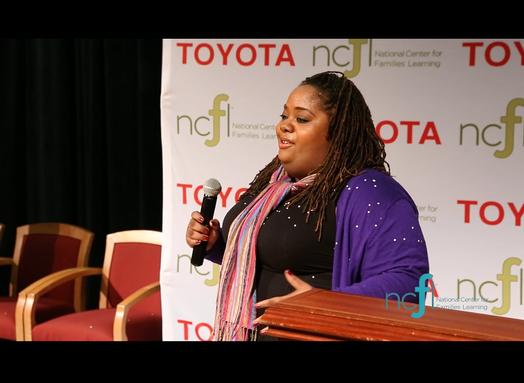 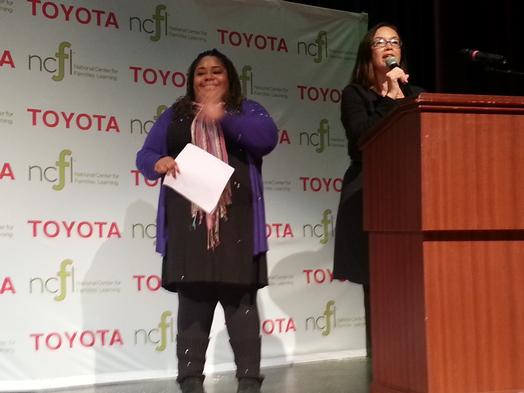