Dear Financial Services CEO: Where are the Women?

For an industry that prides itself on mastering risk management, finding value and uncovering arbitrage opportunities, I think the financial services sector is falling flat. Why? Because most firms are overlooking one of the biggest investment opportunities ever: women.

An overwhelming body of research supports the business case for gender equality. Companies with more women in leadership have higher returns on capital, greater innovation, increased productivity, and higher employee retention and satisfaction.

Despite this, the 2016 World Economic Forum Global Gender Gap revealed that it would take 170 years before we reach gender parity in the global workplace, and in financial services it could be significantly longer. In fact, at the current pace of progress, women won’t even reach 30 percent of executive committee members in financial services companies until 2048. That’s appalling.

For the small number of women that do succeed in our industry, it’s hardly a clear path to the executive suite. Consider my own professional story: As a veteran of the “mainstream” finance world, I was more than ready to pack my bags and get out in 2009. I didn’t look like the executives in the C-Suite or in the boardroom. I had lost my career sponsor, who had helped me navigate the perilous professional landscape at my firm. I certainly didn’t get up every day to be average, which is what they said I was. I felt trapped by the unconscious bias in the “thick layer in the middle” of management, which I have since found is not a unique experience – it’s a barrier for diversity and inclusion programs at many Wall Street firms.

In the end, I stuck it out and carved my own path. But many women don’t. Lots of talented women simply don’t want to work in an industry where a hard glass ceiling is looming ominously over their heads.

Financial services firms are promoting proportionally more men at every level of the organization. Not surprisingly, female financial services executives are 20-30 percent more likely than men in the same industry to leave their employers at midcareer. Really, can you blame them?

In recent years, we’ve seen a deluge of reports on the lack of women in leadership in financial services. The CFA Institute released a report last year highlighting that women are underrepresented in the investment profession and acknowledged that it isn’t for lack of data proving that this lack of gender diversity is a competitive disadvantage. Morningstar published a global report on women in fund management showing that women are underrepresented in fund manager ranks, and there’s been little improvement since the 2008 financial crisis. In its U.S. research, Morningstar found that women manage less than 3 percent of mutual funds exclusively and less than 2 percent of the $12.6 trillion that is invested in U.S. open-end mutual fund assets. Cerulli Associates reports that only 16 percent of financial advisors are women.

Mercer recently reported, “Helping women thrive is an imperative for the financial services industry. Overly narrow criteria for advancement, outdated leadership models, inflexible work practices and bias in the talent management all contribute to the lack of diversity.” They further found that greater gender diversity could positively impact culture, enhance connection to customers, embrace new leadership competencies and access a broader talent pool. These all sound like things our industry is looking for, right? But only 14 percent of executive committee members in the financial services industry are women versus the average across all industries of 20 percent. Why the disconnect?

I believe that most people buy into the “accessing a broader talent pool” reason for focusing on gender diversity. But as the data shows, there is a still a long way to go before we have gender-balanced teams. Let’s review a few different ways you can start taking action.

Make Gender Diversity a Priority at Your Firm

2. CEO Commitment: If your CEO doesn’t believe gender equality should be a priority, it’s unlikely anyone else in the company will either. It needs to start at the top. McKinsey noted, “Companies that have successfully engrained gender diversity at the leadership level are twice as likely to place gender diversity among the top three priorities on their strategic agenda, to have strong support from the CEO and management, and to integrate gender diversity at all levels of the organization.”10

3. Holistic Transformation Programs: Identify gender diversity champions and empower them to communicate gender diversity policies and processes to their teams. The most successful programs permeate all levels of an organization.

Invest with a Gender Lens

The number of products that invest with a gender lens is rapidly growing, making it easier than ever to send a message to companies, through your investments, that women’s leadership is valuable and that gender equality is critical to business success. You can make an impact by investing in companies that are part of the solution, rather than part of the problem. Options include the Pax Ellevate Global Women’s Index Fund, State Street’s SHE ETF, and gender lens fixed-income strategies from Community Capital and Breckenridge Capital. If you are interested in microfinance lending, Root Capital offers a women in agriculture note, Calvert Foundation offers a WIN WIN note, and Self Help Credit Union offers a Women and Children CD. Gender lens products can easily be a part of anyone’s portfolio.

Large mainstream financial firms are starting to pay attention. In fact, Morgan Stanley recently introduced a Gender Lens Toolkit for Investors and stated that “gender diversity as a financial consideration is accelerating.”

United Capital’s report “What You’re Really Thinking: Understanding The Financial Lives Of Women,” highlights another area where our industry is falling short: Over 70 percent of women surveyed said they are “most dissatisfied” with the financial services industry over any other industry and, as a result, are less likely than men to have a financial advisor.The study also indicates that women are likely to change financial advisors if their spouse dies. What can financial services firms do?

Find out the answers to that important question and see all the valuable article footnotes here-  www.greenmoneyjournal.com/april-2017/dear-financial-services-ceo-where-are-the-women 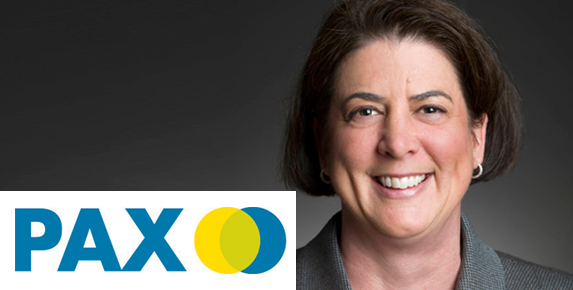