Given the success of US Dodd–Frank Wall Street Reform and Consumer Protection Act, the EU was expected to follow suite and craft their own conflict minerals reporting law. But it seems that an impact assessment and proposal are taking longer than expected to come before the college of EU commissioners, and now it looks like it will not happen until the spring. The fear now is that if a law is not drafted before the european election in May, it may never happen because of the changing of the guard.

The US Dodd-Frank Act was created to source-check materials acquired from the Democratic Republic of Congo (DRC) and has been a catalyst to world wide efforts to deal with conflict minerals problems.  It requires that publicly traded companies perform a due diligence on their supply chains to source the materials used.  The act also made it clear that European based companies were operating in the DRC hoping to nudge the EU to the creation of its own conflict minerals requirements.

The EU hoped to improve on the US law, eliminating mistakes but still being compatible.  The universal goal still remains the same however, eliminate the revenue from DRC rebel groups by having companies only populate their supply chain with conflict-free minerals. The way that these companies can source where their materials are coming from is to imply platforms like Source Intelligence’s. Their analytics platform along with their Supplier Engagement Team engages suppliers, collects, verifies and assesses conflict minerals-related data and generates the required forms and reports needed to comply with the SEC's final rule.

To see a personalized demo of what their platform can do for you, click HERE 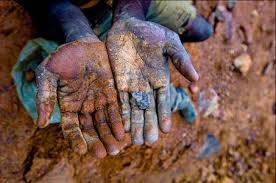