This spring, through its sponsorship of the Samsung Solve for Tomorrow Contest, DIRECTV awarded its $25,000 Math Makes-it-Work prize to a team of students from Ashley Ridge High School in South Carolina.

The winners – members of the school’s Engineering Club – developed a self-sustaining advanced flood warning system to detect potentially dangerous conditions in their hometown of Charleston, which is prone to damaging floods. Using technology donated by Samsung, the students created a video about their project, which competed against entries from every state in the U.S.

Judges from DIRECTV selected Ashley Ridge High School as the winner of its Math-Makes-it-Work Prize because math was at the heart of the students’ efforts to create a flood warning system. Working together, students used mathematical equations to calculate air and water pressure thresholds and flow rates that informed the design of their model.  They also developed an app that community members and visitors can use to receive flood alerts.

Ashley Ridge teacher Chris Oonk guided the students through this project and won a free year of DIRECTV® Service to enjoy at home in recognition of his efforts to encourage students to find creative, hands-on ways to apply the math they’ve learned in school.

DIRECTV is a longtime sponsor of Samsung’s Solve for Tomorrow Contest, which raises enthusiasm for science, technology, engineering and math (STEM) education among U.S. public school students. Contestants are challenged to apply STEM to solve a problem in their local community. For the 2014-2015 contest, DIRECTV launched its Math Makes-it-Work prize to celebrate students who have demonstrated the important role that math can play in solving real-world problems. 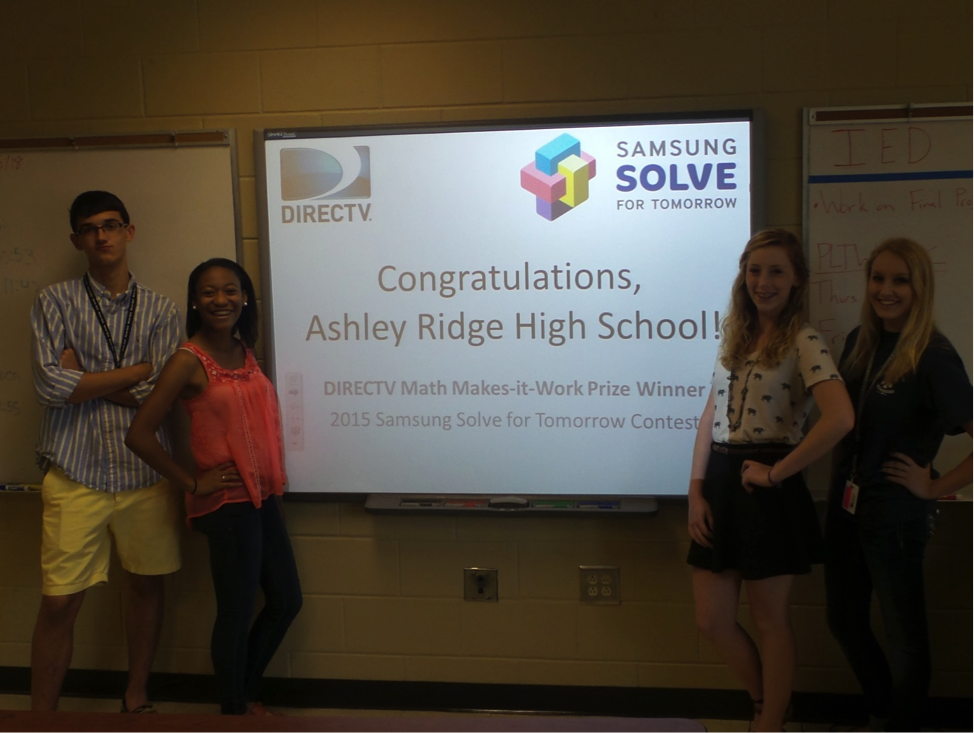 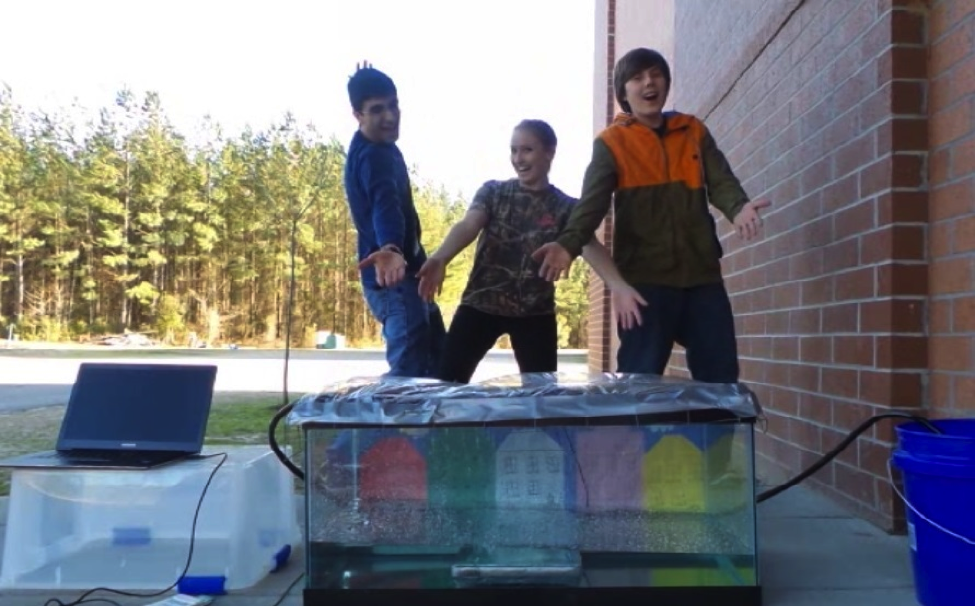