Jun 16, 2016 3:15 PM ET
Tweet This:
Members of the European Union have negotiated the EU conflict minerals regulation and came to a political agreement http://bit.ly/1PwBNsL
Article

On Wednesday, June 15th, The European Union (EU) agreed to outline a deal to facilitate a focus on transparency in the supply chain. This legislation concerns the sourcing of conflict minerals, not just in the Democratic Republic of the Congo, but from high-risk regions, worldwide.

"We need to step up to our responsibilities and finally break the vicious cycle of the trade in minerals and the financing of conflict," - EU Trade Commissioner Cecilia Malmstrom

In an effort to tackle human rights violations, the EU Commission had proposed a Conflict Minerals Regulation back in March 2014. Though it was a step towards supply chain transparency, it still lacked mandatory reporting schemes that would make a true impact on the sourcing of conflict minerals. The proposed regulation consisted of a self-certification system that companies could voluntarily join, and only applied to 19 smelters and refiners based in the EU.

On May, 2015, The EU strengthened the proposal by asking all European Companies manufacturing or importing conflict minerals components to perform due diligence on their supply chain and report on the origin of conflict minerals used in their products.

The EU regulation will now cover the sourcing of conflict minerals from anywhere in the world. This goes further into the geographic scope than U.S. Dodd-Frank legislation (section 1502, finalized in 2012), which only looks into the Democratic Republic of the Congo (DRC), and adjoining countries. The EU legislation will focus on imports of materials and substances used to make finished products such as cell phones, computers, light bulbs, medical devices, and retail accessories.

Wednesday's agreement also established that the EU will recognize guidelines for responsible supply chains established by the Organization for Economic Cooperation and Development (OECD). This agreement will require a period of technical work before it can be implemented as EU law. As companies learned through Dodd-Frank, however, it is important to stay ahead of evolving regulations, and develop strong compliance programs ahead of reporting time.

To learn more about the new regulation, join us for our upcoming webinar, EU Conflict Minerals: A Guide To The New Legislation. This webinar will take place on June 30th, 2016, at 11:00 Central European Time. We will be releasing the On Demand feature on July 1st. 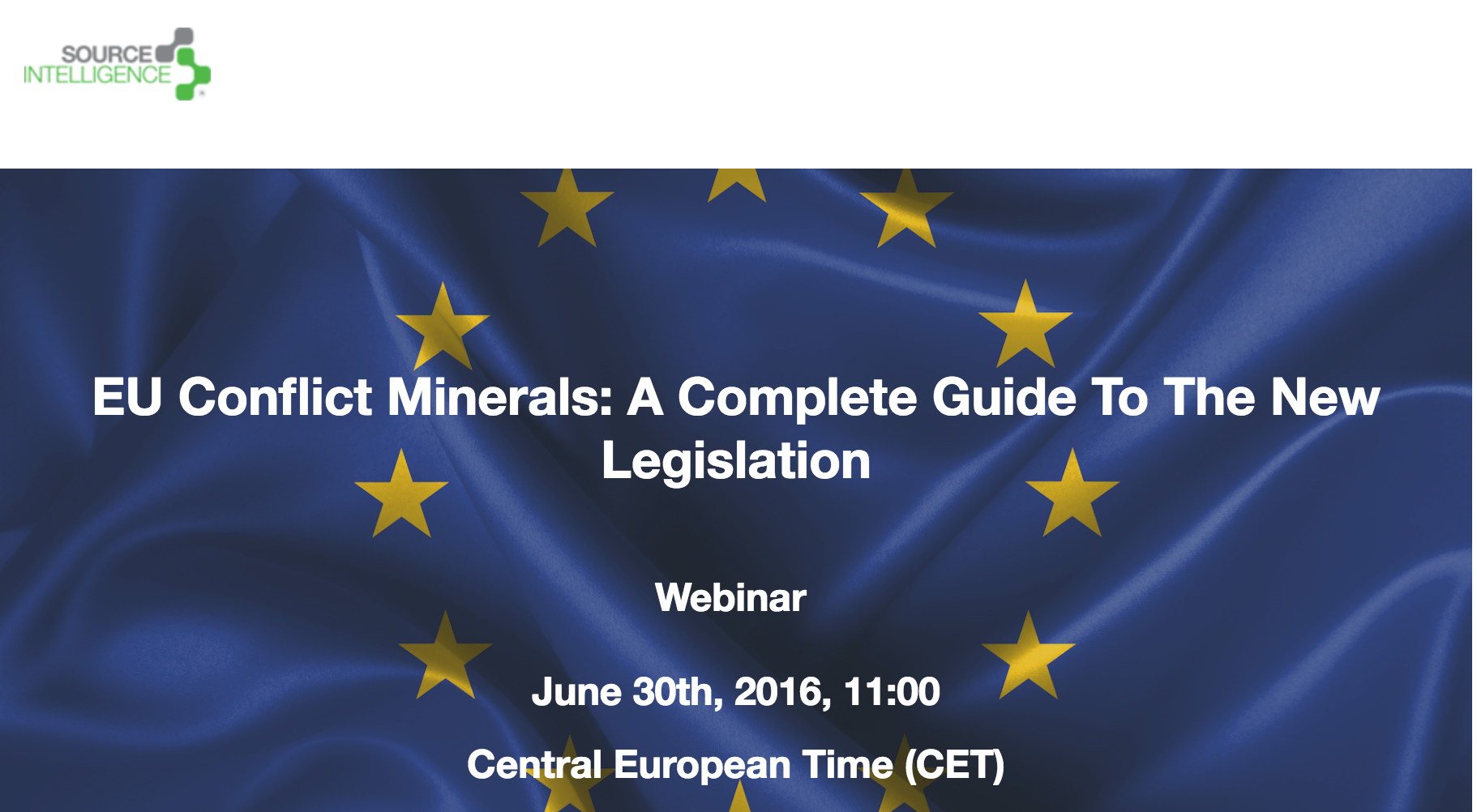