EXECUTIVE PERSPECTIVE: Biodiversity as a Solution for Sustainable Agriculture

Conservationists must find common ground with farmers, if they are to achieve their goals of stemming biodiversity loss, says Braulio Dias, the Executive Secretary of the Convention on Biological Diversity (CBD).

“In the past we have given most of our attention to the traditional conservation strategy of protected areas.  But that won’t work on its own.  More and more, we at the Convention are highlighting biodiversity as part of the solution to agricultural problems, rather than an impediment to economic development.”

What’s in it for farmers?  Plenty, says Dias.  Agriculture needs the natural environment to prosper.  It can only thrive in landscapes that protect water supplies, conserve soils, contain insects that provide pollination and biocontrol, and are resilient in the face of climate change.

Conservationists need to do more to recognise and meet those needs.  “For instance, we must pay more attention to the protection of wild-crop relatives,” he says, “and on helping farmers reduce their use of agrochemicals, manage water better and diversify their agricultural systems.”

Protecting on-farm genetic diversities of crops and livestock is vital for both camps, he says.  It is all very well having seeds from local land races sitting in seed banks, “but those seeds are frozen; they are not adapting to new conditions, such as changing climate. On-farm conservation is best.”

Many outsiders have written off the CBD as a failure.  A major assessment in 2010 found that it had failed to fully meet its main target of slowing the rate of biodiversity loss.  But its relaunch through the current Strategic Plan on Biodiversity for 2011 – 2020 and the Decade of Biodiversity aims to change that, partly by adopting new goals known as the Aichi Biodiversity Targets, which include integrating biodiversity conservation into national development strategies.

Dias wants to position the CBD as central to the implementation of the sustainable development goals likely to be agreed by the UN by 2015. And he sees the Bridging Agriculture and Conservation Initiative, and growing engagement with agricultural research and farmers, as central to that.

Some of this is controversial.  Conservationists have long debated whether nature is best protected by having agriculture “share” the landscape with nature, or by a ruthless maximising of agricultural yields on existing farmland that can “spare” natural ecosystems.

The latter view is sometimes known as the “Borlaug hypothesis” after its first proponent, the legendary pioneer of the green revolution, Norman Borlaug.  But Dias rejects it.  “We are moving to a sharing agenda,” he says.  “Of course increased agricultural productivity is needed, but it would be wrong to focus just on that.”

One reason is that maximising food production is not the same as feeding the hungry.  If a drive to increase farm yields throws smallholder farmers off their land, it could leave more people hungry.  “Food security is about access to food as much as production.  If we want to eliminate hunger we need smallholder farmers,” he says.

Another is that smallholdings are the main reservoirs of agricultural biodiversity.  “Small farmers do on-farm conservation better than anyone.”

The world should aim to integrate agriculture with nature across the landscape, he says.   To become sustainable and resilient, our production landscapes require a mosaic of land uses including natural ecosystems, where croplands sit beside livestock pastures, with forests close by to encourage pollination of crops and protect water catchments.

That is a challenge.  Most farmers and many policymakers, he says, remain unaware of the benefits of such mosaic, and of the ecosystem services that are lost as natural elements of a landscape are swept away.

“Take pollination,” he says.  “Most farmers pay little attention to the importance of natural pollinators, such as bees.  If their yields fall, they assume it is because of a lack of water or nutrients.  But often it is due to the disappearance of pollinators.” Even modern cultivars that self-pollinate can benefit.  Crops like soya and coffee can increase yields by up to 10 and 50 per cent respectively if there are natural pollinators around, he says.

The “bridging” approach can extend to harvesting of wild resources, too, he says.  Here, the key to integrating production and conservation is often creating secure rights to natural resources through agreements between local communities and governments.

In his native Brazil, Dias highlights the creation of extractive reserves for Brazil nuts and other tree crops in the Amazon rainforest.  He has seen the same approach in Namibia, and in Chile, “where 700 small coastal fisheries zones are now controlled by local communities.  Output has doubled in ten years.”

There are plenty of good examples of such schemes bridging the divide between conservation and agriculture, he says.   “We have been doing pilot projects for 20 years.  But the challenge now is learning the lessons and scaling up.”

About Braulio Dias and the CBD:

Dias, a zoologist and former senior official in the Brazilian Environment Ministry, is publicising the CBD’s endorsement of the Bridging Agriculture and Conservation Initiative, a plan led by Bioversity International aimed at reconciling wild and agricultural landscapes.

In August, in a letter circulated to all parties to the CBD, Dias called for support for the Bridging initiative.  He criticised conservationists for “an over-reliance on protected areas as the only means to conserve biodiversity” and agriculturalists for “an over-emphasis on ‘productivity’ alone to achieve food security.”

He calls instead for a “new paradigm” in which the two converge for the good of both.

The CBD is the world’s major instrument for halting the current catastrophic loss of biodiversity.  A product of the 1992 UN Conference on Environment and Development, the Earth Summit, it has always had sustainable development at its heart.  Its three primary objectives are: 1)  the conservation of biological diversity, 2)  the sustainable use of the components of biological diversity and 3) the fair and equitable sharing of the benefits arising out of the utilization of genetic resources.

Fred Pearce is environment consultant for New Scientist magazine. He is the author of books including The Landgrabbers, When the Rivers Run Dry and Peoplequake. 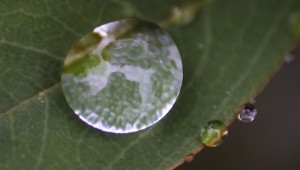