The economy of the Philippines grew 7.8% in the first quarter of this year, outperforming China and the rest of Asia. The media announced the news proudly and happily because this is the third quarter in a row that the country’s GDP exceeded 7%.

However, for those of us working in the agriculture sector, an important aspect of this news is that agriculture contributed only 0.4% of the 7.8% growth, compared to 35% contributed by industry and services. Agriculture accounts for almost a third of the labour force, and it is from the agricultural/rural sector that most of our poor emanate. Thus, it doesn’t look like that the country’s growth has been inclusive.

This situation is being experienced in many developing countries in South and East Asia. While many Asian countries are exhibiting growth rates, still more than 60% of the world’s hungriest and poorest are in Asia (687 million), particularly in South Asia, and 70% of them rely on agriculture for a living. 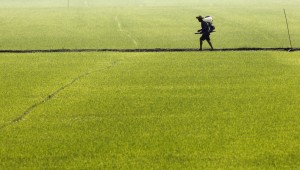