EXECUTIVE PERSPECTIVE: The Rise of the Winner-Take-All Economy

The rich are getting richer. That’s the conclusion of the World Wealth Report, the landmark annual study of the world’s millionaires, which was released this week by RBC Wealth Management and Capgemini Financial Services.

What is particularly striking is that even within this rich group, the very, very rich are doing best of all. The ranks of the ultrarich, whom the report defines as people with investable assets of at least $30 million, surged 11 percent, an even greater rate than the mere millionaires. This small sliver of the global population — 111,000 people — accounted for 35.2 percent of the entire wealth of all the world’s millionaires taken together.

What are the winner-take-all forces driving this extreme concentration of wealth at the top? One explanation was offered earlier this month by Alan Krueger, the Princeton economist and departing chairman of President Barack Obama’s Council of Economic Advisors. Drawing on his own previously published academic work, Krueger used the economics of what he calls “the rock and roll industry” to illustrate the forces more broadly at work in the world economy. 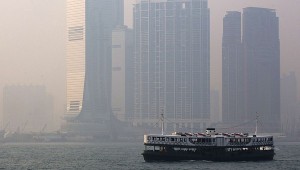