By Woody Tasch, Founder and Chairman of the Slow Money Institute.

“Beetniks Against Global Warming.” There’s a placard you never saw in Paris.

Because to a Beetnik—someone who has participated in a Slow Money Beetcoin campaign or anyone whose occasionally countercultural tendencies are tempered by an appreciation of local entrepreneurs and farmers— investing in a small food enterprise near where we live is as important as traveling thousands of miles to negotiate international targets on CO2 in the atmosphere.

Which is not to compare the two. But it is to say that even while faced with global social and environmental challenges of imponderable complexity, we can affirm the significance of the slow, the small, and the local.

This is what those of the Slow Money persuasion did, once again, in 2015. More than $6 million has gone this year into 83 small food enterprises, bringing the total since 2010 to more than $46 million into 450 deals. The 2Forks Club (Carbondale, CO) made its first loan this year—a $23,500 zero-percent loan to Zephyros Farm of Paonia—and the Knives and Forks Investment Co-op (Vancouver, BC) introduced a new model to our family of investment clubs. Our first regional online Beetcoin campaign exceeded its target, raising more than $56,000 for several Colorado food enterprises. Slow Money Minnesota launched. Slow Money North Carolina hosted its first regional gathering. Slow Money Northeast Kansas held its first entrepreneur showcase.

We are building a movement of individuals who—not content to delegate our fate to politicians, CEOs, technologists, economists, regulators, certifiers, fiduciaries, and pundits—are choosing a constructive, hopeful course of action. We are affirming our sense that in the world of faster and faster, bigger and bigger, more and more global, we need not only new technologies and new policies, but also new sensibilities and new behavior, without which the words sustainable and transparent and accountable and socially responsible and metrics and impact will mean little in the end.

We are modeling this new behavior, imperfectly, pragmatically, learning as we go. Our conversation about food, money, and the soil continues to deepen. While heads of state work towards international climate solutions, the earthworms among us keep busy in the soil of a restorative economy.

What is The State of Soil...

“If we don’t get agriculture right, then we can’t get industrialization and consumerism and globalization and urbanization right.”

The State of the Soil is weak. This is a crisis in its own right, but it is also a spoke in the wheel of a larger crisis. Some might opine that food and agriculture are not merely a spoke, but are actually the hub, because if we don’t get agriculture right, then we can’t get industrialization and consumerism and globalization and urbanization right, and so, we can’t ever really get at the great systemic crisis of climate change and the increasing dysfunction of our institutions.We are strong in terms of tillage, but weak in terms of fertility. We are strong measured in chemical and mechanical power—millions and millions of tons of NPK, petrochemicals, herbicides and pesticides and the sophisticated technologies to apply them—but we are weak in terms of soil erosion, weak in terms of our connection to the land, weak in terms of sense of place. Our industrial systems are taking carbon from the soil instead of building carbon in the soil. We have less and less organic matter, and fewer and fewer people who know what it feels, smells or tastes like.

This is what New York Times writer Mark Bittman was getting at in 2015 when he wrote: “The world of food and agriculture symbolizes most of what’s gone wrong in the United States.” He went on to pose the following question:

Is contemporary American agriculture a system for nourishing people and providing a livelihood for farmers? Or is it one for denuding the nation’s topsoil while poisoning land, water, workers and consumers and enriching corporations? Our collective actions would indicate that our principles favor the latter; that has to change.

Surely, things in the food system have to change. But what also has to change is the way we frame things in overly simplistic, either/or terms. Nourishers vs. denuders. Disempowered consumers vs. greedy corporations. We must resist these labels and the overly simplistic world of us vs. them. If we do not resist, then our conversations will be little more than tribal squabbling. Or worse. They will lead to full-blown righteous struggles between good and evil.

Read the Complete article at- www.greenmoneyjournal.com/march-2016/slow-money-and-the-state-of-soil 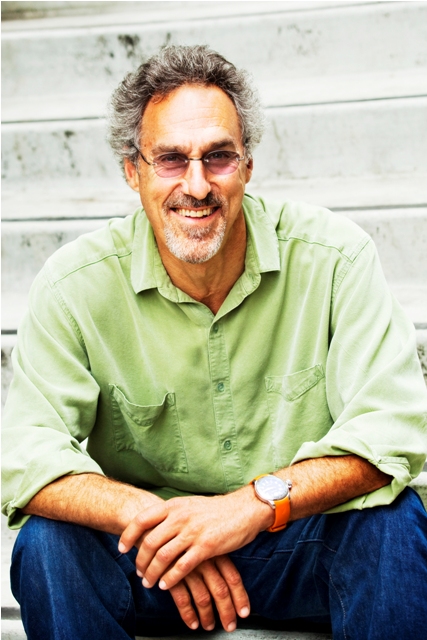