CHICAGO, March 4, 2016 /3BL Media/ -  It was all smiles and chuckles for Anthony Rizzo at the second annual Laugh-Off For Cancer event.

Rizzo, a cancer survivor, established the Anthony Rizzo Family Foundation in 2012 to raise money for cancer research and to provide support to children and their families battling the disease.

"When I was diagnosed with cancer at age 18, it was a huge shock to me," Rizzo said. "I soon realized that cancer didn't just affect me, but my entire family. That is why we started the foundation, to help families battling through one of the toughest times in their lives. I am so lucky to have fought and won my battle with cancer and if I can give back just a little, that is what I'm going to do.”

Kicking off the night with a segment called “Rizzo Event Sports Desk,” the two-time All-Star was almost as successful on the stage as he is on the field.

“One big accomplishment this year was the opening of the Anthony Rizzo Family Foundation Hospitality Room at Ann & Robert H. Lurie Children’s Hospital of Chicago,” Rizzo told Michigan Avenue Mag. “I make frequent visits there, so having a room with the foundation’s name on it is truly special.”

Rizzo and his Foundation hold other fundraisers throughout the year, including Walk-Off and Cook-Off For Cancer events.

The fourth annual Cook-Off For Cancer is the Anthony Rizzo Family Foundation’s next event, scheduled for June 2.

While Rizzo’s Laugh-Off For Cancer event was a night filled with chuckles, the $250,000 raised was certainly no joke.

Major Leaguers are #GoingToBat for causes near and dear to them, as they personify the Players Trust’s motto to ‘care, act and inspire.’ To learn more about the charitable interests and activities of Major Leaguers, please click here. 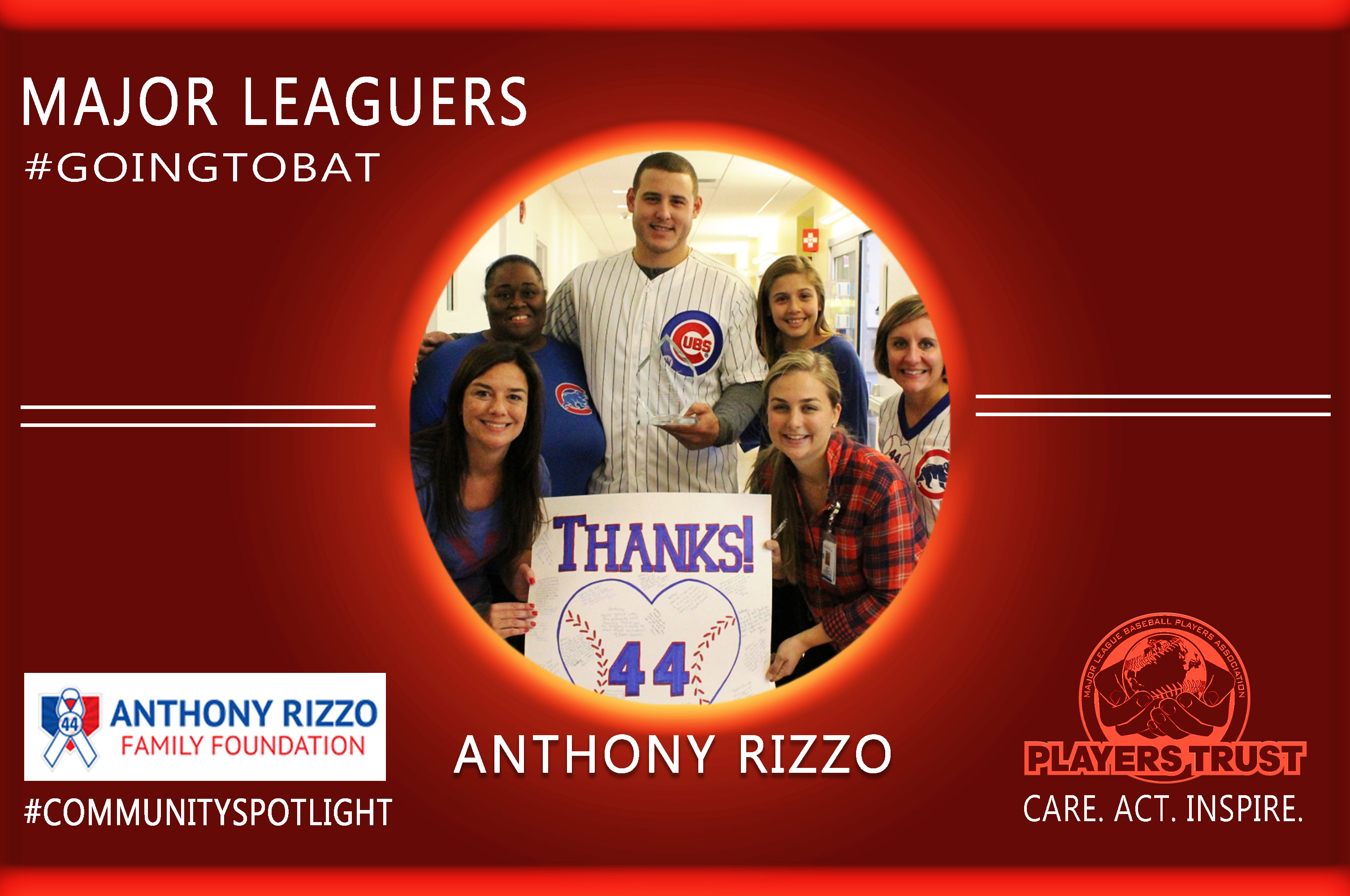 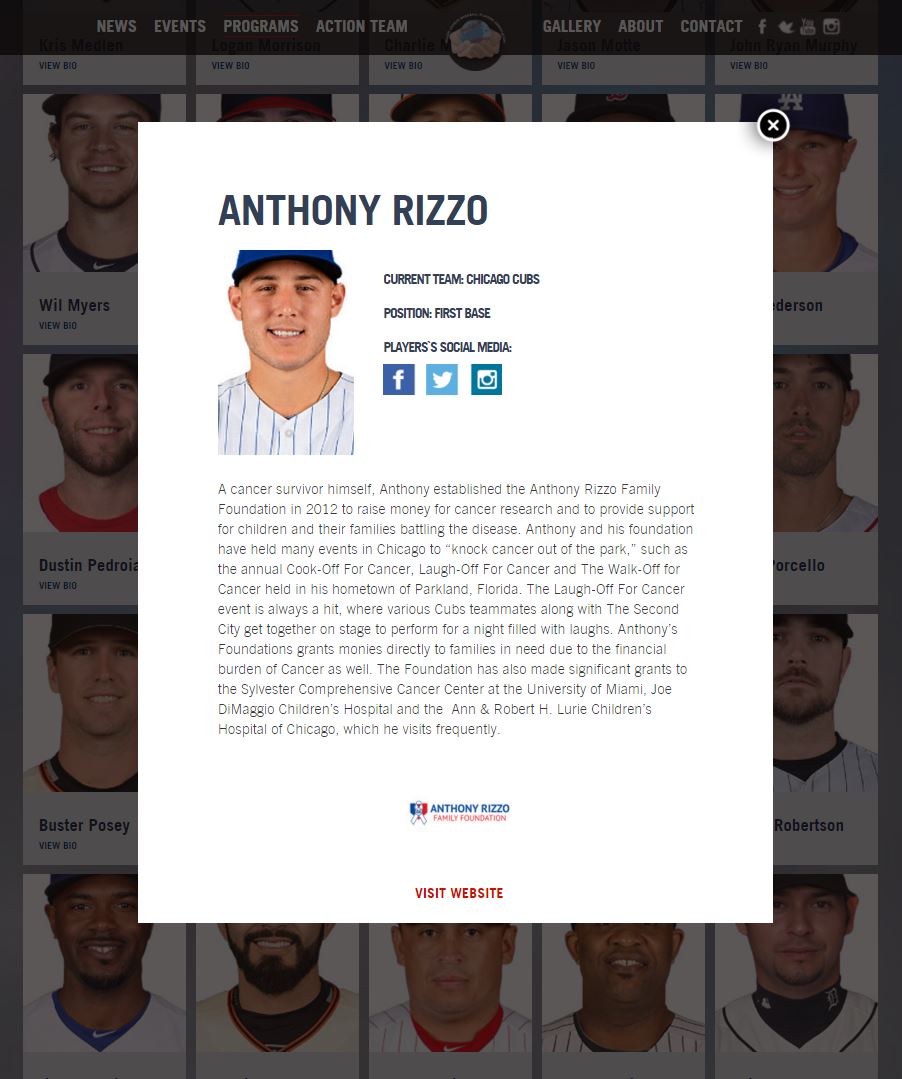