Graduating With Honor – Determined to Make the Most of the Gifts Bestowed on Her, a Young Girl in Guatemala Becomes an Advocate for Children in Need

May 5, 2014 1:15 PM ET
Tweet This:
#Graduating With Honor - @Children_Intl sponsored girl is achieving her dream with help from sponsor http://bit.ly/1lJxS1C
Article

It’s pitch-black when Aura leaves home at 4:30 a.m. She sets off on a brisk hike down the steep dirt roads that lead to the bus stop in her remote village. She moves quickly to catch the early bus to Guatemala City.

It’s Saturday, and most of her friends are still asleep. All is quiet except for the occasional rumble of the nearby Pacaya Volcano.

Aura would rather be in bed. After a busy week teaching first grade to local schoolchildren, a break would be nice. But she doesn’t have a moment to spare. She’s working her way toward a degree at the University of San Carlos of Guatemala, the oldest, most prestigious university in the country.

She’ll spend the next few hours in classes, then stop by an internet café to cram as much studying in as possible before she returns home to help with evening chores at 8:30.

Aura’s weekend schedule is demanding, but she’s determined to succeed – after all, she has the needs of children far and wide to consider, not to mention an entire group of internet followers pulling for her.

Kristen Palana started sponsoring Aura in 2003, after spotting her on CI’s website. “What stood out about Aura were, of all things, her incredibly cute cheeks and modest smile,” she says.

Kristen had just finished a master's of fine arts degree in digital media and had a staggering amount of student loan debt. It definitely wasn't an opportune time to start donating money. "I suppose I had an unrealistic pipe dream that some magical 'rich uncle' would appear and save me from my student loans …," Kristen jokes. "I realized this would most likely never happen, but wouldn't it be fun to be that 'magic uncle/fairy godmother' for someone else?"

She soon landed a teaching job at a university and continued to “live like a student” to pay off her student loans. At the same time, it occurred to her that she could put her education and resourcefulness to good use for Aura.

"I learned that Aura lived in a mud-and-wood home that leaked a lot during the rainy season. I inquired about the costs of building a safe, sturdy brick home from CI," Kristen says. "I didn't have much money, but I did know how to build websites."

She immediately set to work designing a site to help Aura. In just four short months, www.aurashouse.com had attracted several hundred followers and raised enough money to fund construction of the new home and buy furniture and new desks for Aura’s classroom – a plus for Aura, who was only 9 years old and already dreaming of becoming a teacher.

The web project was so successful, Kristen’s friend and fundraising partner, Anastasia Yecke, encouraged her to start other campaigns. Working with CI to identify families in need, the group has since completed 70 campaigns raising $95,000.

Several donors have volunteered their talents and support along the way, including Mike Epler, Cristina Sidoti, Heather LaBonte Efthymiou, Inga Katelari and several others whom Kristen met online and over the course of her tenure as a professor of digital media at The American University of Rome.

All the while, Aura remained the center of attention. She received tuition assistance from Kristen, Anastasia and others so she could finish her studies and get a teaching certificate. And, in a few years, she’ll have a university degree.

Without Kristen’s support, Aura’s education could have ended at 8th grade, the highest level offered in her village.

“My mother was forced to drop out of school after the 8th grade to support her family in the factories …” Kristen explains. “So maybe this is one small way I have made sure another girl did not meet the same fate.”

Aura has already exceeded her expectations too. “It’s my hope that this will open up infinite possibilities, as well as economic opportunities that otherwise would have been closed to her,” Kristen adds.

While Aura may not have time to slow down these days, she is forever grateful to Kristen and all the others who have made her the focus of their attention and support. “The truth is,” Aura says, “it is something that I never expected, not even in my dreams, to make it so far …. To me, it’s a wonderful inspiration.”

This article is also available on the eNews section of our website.

Children International prepares children and youth to escape the traps of poverty by supporting their critical needs, building resilience, and engaging them in transformative activities. Children International accomplishes this by providing crucial benefits and compassionate care through easily accessible, modern community centers. Children International’s presence, programs and supporters have a positive impact on children, youth, families and communities; provide protection; encourage self-sufficiency; and serve as catalysts for change. 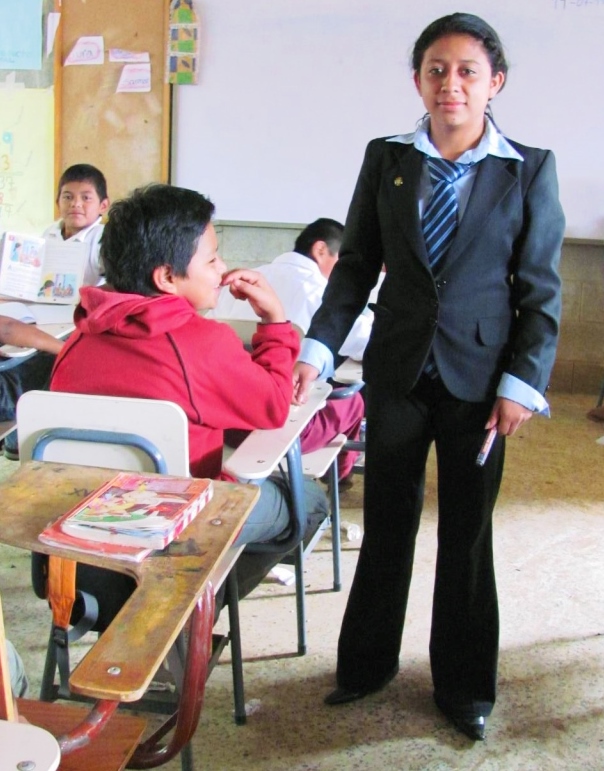 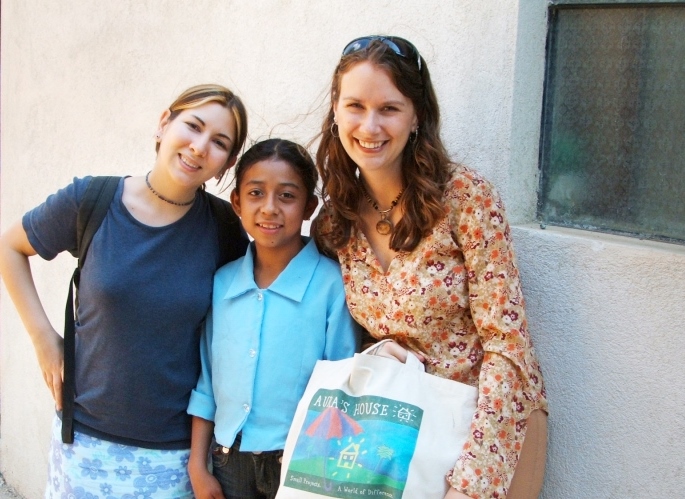