Improving the Lives of Farm Workers in Mexico: A Shared Responsibility

Dec 23, 2014 1:20 PM ET
Tweet This:
How much do you know about your produce? Probably less than you think...http://huff.to/1E8pjq0 a must-read via @HuffPostImpact @FairTradeUSA
Article
Improving the Lives of Farm Workers in Mexico: A Shared Responsibility

If you made a salad today, there's a good chance that some of your fixings came from Mexico. I'll bet that many of your holiday recipes will use Mexican veggies as well. According to the USDA, Mexico accounted for nearly 70 percent of the U.S. fresh vegetable import value in 2012. It's a critically important, multi-billion dollar market -- one that depends on the hard work of hundreds of thousands of farm workers. And like many industries, it's not without challenges.

A new report from the Los Angeles Times paints a rather disturbing picture of what some laborers face -- unsanitary and unsafe conditions, poor housing, exposure to harmful chemicals, debt bondage and in some cases child labor. It left many readers wondering what they could do to avoid being complicit in such poor treatment -- stop buying Mexican produce altogether? Buy organic? Buy Fair Trade... but what if my store doesn't carry it?

While the stories were surprising to many, the LA Times account reflects some of what I've seen in the fields for many years. Not long ago I met a worker whose friend was poisoned to death by pesticides because he wasn't given protective gear. I also spoke with a dad who needed to bring his desperately sick child to the hospital, but the farm would neither take them to town nor help pay for a doctor.

On the flip side, I've also seen stories of hope. I've visited farms with day care centers that take in kids who arrive malnourished and are unable to read. During their stay they're given the support they need to thrive. I've also seen many migrant workers leaving at the end of the season with a little nest egg, which they use to replace the roof on their home or pay for school books and uniforms for their kids. I've been to quite a few wonderful farms, a handful of pretty bad farms, and a lot that fall somewhere in the middle. And those farms that are doing things right really need retailers and consumers to recognize and value their efforts so that they can do even more.

There are still many challenges, but a lot has changed already -- just in the last 10 years child labor has become almost unheard of on many of the bigger export farms, and more groups are now complying with Mexican labor laws. But of course, more can be done.

Most consumers are eager to support an alternative if they can be confident it makes a difference. Let's talk about what that could look like. Fair Trade standards address each of the issues covered in the LA Times series:

Fair Trade standards cover 200 other criteria protecting worker's rights, health and safety, and the environment. And, importantly, workers earn a Community Development Premium every time they sell a box of Fair Trade produce. They use this money to address their needs on the farm and in their home communities.

Feliz Cruz Arismendi works on a Fair Trade produce farm in Culiacán, Mexico. Last year he received a scholarship from the Community Development fund to finish his primary schooling. He says: "I'm proud to have completed my primary education. Now, I hope to pursue my dream of completing secondary school, and teach my children that education is what we have to better ourselves in life."

Feliz and his colleagues also voted to provide over 200 scholarships to help families pay for the high cost of transportation to public schools, as well as books, uniforms and school fees. This has helped keep young people's dreams alive in a region of Mexico where pressure to join the drug trade is ever-present. Another farm in Sonora is in the first stages of planning for mobile clinics that will provide health care to the remote communities in Southern Mexico where the migrant workers live most of the year.

To me, one of the most exciting changes I see is in the rising confidence of workers. Last year I visited the farm where Feliz works, and met with the Fair Trade Committee including a young migrant worker named Andres from Veracruz. He had just been elected to represent his migrant colleagues from that region. The farm's most important retail partner, Whole Foods Market, was there to hear an update on Fair Trade premium investments. Andres was extremely nervous -- he stuttered and trembled through an introduction then fell silent for the rest of the meeting.

A year later I returned with an even bigger team of Whole Foods staff. Andres was there to present to us again. He stood up proudly, introduced himself in Spanish and in his native indigenous language, and confidently shared plans of how they were going to expand their scholarship program. This is empowerment in action.

In addition to improved conditions and worker empowerment, I've seen numerous other changes that benefit the entire supply chain. For example, access to a high quality, loyal workforce is a huge challenge right now. On one Mexican farm, turnover dropped from 40 percent annually to just 9 percent after they achieved Fair Trade certification and began to offer education and healthcare programs to employees.

Quality and food safety is another crucial area that's directly affected by worker health and happiness. A farm may have exquisite greenhouses and sanitation practices, but this system can be easily compromised if workers come and go after using dirty bathrooms, if they don't have time or clean facilities to wash their clothes and shower between shifts, or if they must work while sick in order to feed their families.

What I'm beginning to see in Mexico gives me hope, and also reminds me we have a long way to go. Fair Trade is relatively new for Mexican produce, and still small. But it's a powerful tool, one that depends greatly on the actions of consumers.

Today Whole Foods Market purchases about 75 percent of all Fair Trade Certified produce sold into the U.S. market. They were the very first retailer to buy Fair Trade tomatoes, cucumbers, eggplants and about seven other varieties from Mexico, and have been the driving force behind numerous farms earning certification. This work has helped delivered over $2.4 million in additional income to farm workers in the region since 2009.

The other 25 percent is purchased by several other retailers, like Sam's Club, Safeway and natural food stores. All together, they support over 13,000 farm workers on Fair Trade farms. It's a small part of the total workforce, but an important start nonetheless.

To really turn the tide, through Fair Trade or other means, retailers need to see that consumers (you & me) prefer to purchase products that they can feel good about. So go out there and celebrate your local stores that offer Fair Trade. Start or join a Fair Trade Campaign to help procure even more ethical products in your community. Ask your restaurant or supermarket where your produce comes from. Be ok with paying just a couple pennies more -- it's this pocket change that can make a vast difference in the lives of the people who grow and pick our food. 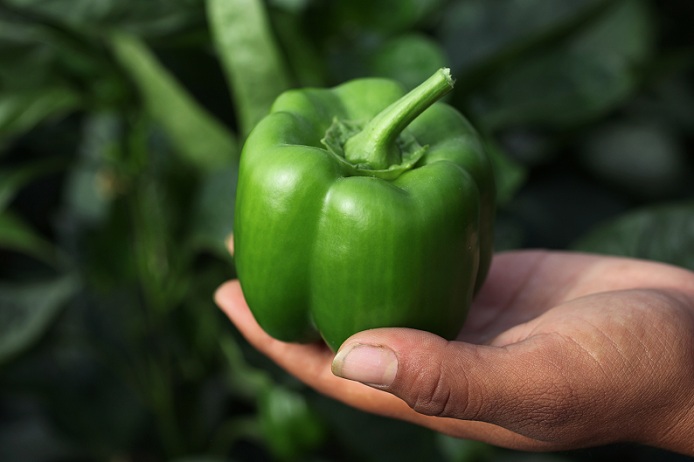 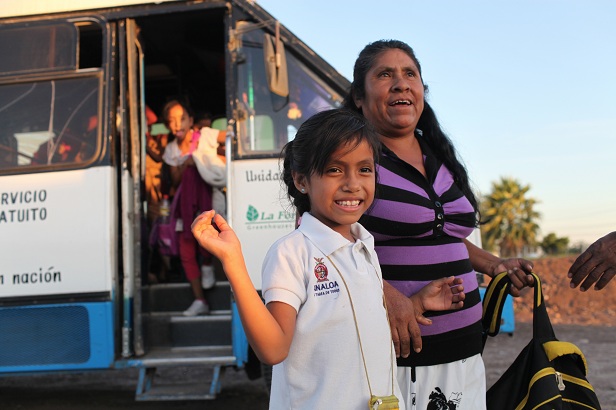