Industrial Robots Are Learning to Save Energy

Dec 14, 2016 8:30 AM ET
Tweet This:
.@Daimler_News > engineers have developed the components of an energy-efficient production system of the future http://bit.ly/2gu9JLY
Summary:

In the EU project AREUS, researchers and engineers have developed the components of an energy-efficient automobile production system of the future. Basically, the idea is to have a direct-current network supply robots with “green” electricity, some of which is subsequently recovered and temporarily stored. Digital measurement technology and intelligent networking will ensure that the industrial smart grid operates flexibly and reliably.

Article
As featured on Daimler.com

The automotive industry uses more robots than any other sector. The computer-controlled machines are taking on more and increasingly complex tasks. They work reliably, efficiently, and with high precision. Engineers are now even teaching them how to learn. But how energy-efficient are these mechanical helpers in reality?

A robot isn’t necessary an energy hog. Even a robot that weighs a ton and moves components weighing hundreds of kilograms consumes only 2.5 kilowatts to do its job in active operation — the same as three standard toasters. But that’s the average value. The actual energy consumption depends largely on how a robot is used and for what purpose. For example, robots account for a large share of the energy consumed in car body construction. That’s why the engineers at Daimler are looking for ways to further reduce the energy needs of robotic systems.

We began to focus more on this issue six years ago. Many components have been improved since then, and as a result the new generation of robots is now about 30 percent more efficient than the previous one. If we want to achieve further improvements, we will have to do more than just optimize individual components. We now have to take the entire system into account, including the changing energy environment. (Davis Meike, Manager of the EU project AREUS at Daimler)

Smart grids for countries and factories

The transition to renewable energies is picking up steam worldwide. For example, countries like China are making huge investments in wind and solar energy. Germany, meanwhile, is creating a scenario in which numerous distributed producers will supply the country with renewable energy. The purchasers of this energy will no longer just be consumers; they will be producers as well, due to the solar panels on their roofs, for example. They can store the energy they don’t need themselves in household battery banks, for example, or in their electric cars. Digital measurement technology and intelligent networking will ensure that the smart grid, as this concept is called, operates flexibly and reliably.

Davis Meike and his colleagues at the process development unit are convinced that such a smart energy supply system can also be used for vehicle production. Their vision is to create a smart industrial micro-grid. However, this cannot be achieved without a thorough system change. What the engineers are planning sounds like the completion of the energy transition and the digitization of production at the same time.

Although achieving these three objectives will already require a lot of work, Meike and his colleagues have even more goals in sight. Specifically, they want to switch the energy supply of industrial robots from alternating current, which is usually employed today, to direct current. “All of the electricity consumers at our plants use direct current —that’s the case with everything from the computers to the drive control systems for the individual electric motors that move the robot arms,” says Meike. “However, the power sockets supply alternating current, which we first have to convert. This causes unnecessary losses.” A direct-current grid would be much more efficient. It would also have the advantage of being more robust against fluctuations in the power supply and in the grid quality — a common occurrence in renewable energy supply systems.

All of these projects combined add up to a program that will likely change the energy supply structure of automobile production as thoroughly as the switch from the classic combustion engine to the intelligently controlled electric drive will change the vehicles themselves.

The test cell in Sindelfingen is a complete production facility that uses direct current. It is supplied with solar power from its own photovoltaic system.

The Daimler engineers quickly realized that they needed expert partners from the scientific and business communities in order to achieve such a far-reaching goal. These partners were quickly found and the EU provided funding. The resulting EU project AREUS (Automation and Robotics for European Sustainable Manufacturing) was launched in mid-2013. Experts from four European universities and eight companies spent the next three years cooperating on the project in order to develop innovative technologies, tools, and algorithms for the sustainable robot technology of the future. The teams’ tasks were defined by four work packages. The results of this work were immediately tested at Daimler in Sindelfingen. At this plant, the company set up the first prototype of a completely new kind of robot cell, the “Demo Cell,” which the AREUS experts used to test the concepts and technologies they had developed. In this cell, four robots operate on a square area measuring nine meters on a side. Together, they create an entire production facility composed of direct-current systems. The cell is supplied with solar power from a photovoltaic system that was specifically installed for this project, and it can store surplus energy. In addition, the cell is connected to the external alternating-current grid. The cell works, and the robots are already producing components.

“We want to show here that direct-current technology actually works and make it measurable,” says Meike. “However, we also want to find out where there are still problems. Because nobody has constructed such a facility before, such problems have never been measured or technologically resolved.”

The AREUS project ended as scheduled in September 2016. The researchers and engineers had achieved what they set out to do: to take the first steps toward the creation of a more efficient production facility composed of direct-current systems. It is estimated that future technologies of this kind will be at least 10 to 20 percent more efficient than current ones. However, there is still a long way to go before that goal is achieved.

That’s why a follow-up project, DC-INDUSTRIE, was launched in July 2016. It focuses on the creation of concepts for supplying energy to industrial facilities by means of an intelligently controlled direct-current network.

“For one thing, we want to manage our facilities more intelligently than is currently the case. To do that, we need digital measurement technology that tells us at all times how much energy is being consumed and how much is available at each point of the system. Our second aim is to make our robots do what our cars can already do: recover braking energy. Our third goal is to store energy that the system doesn’t need at a particular time so that it is available when it’s in demand. This is important because we want to use renewable energy that isn’t uniformly available.” (Davis Meike)

For more information you can visit the official AREUS website. 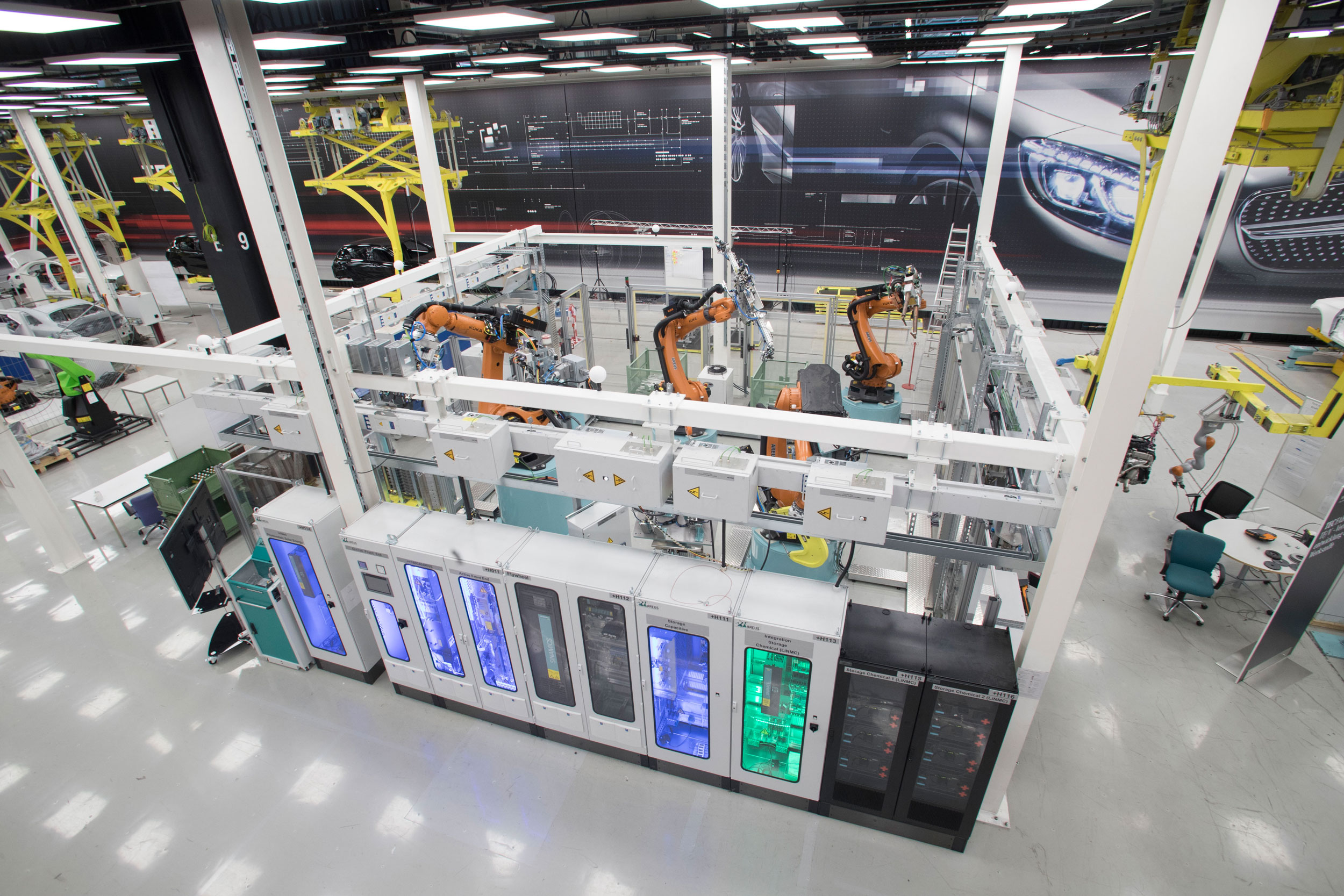 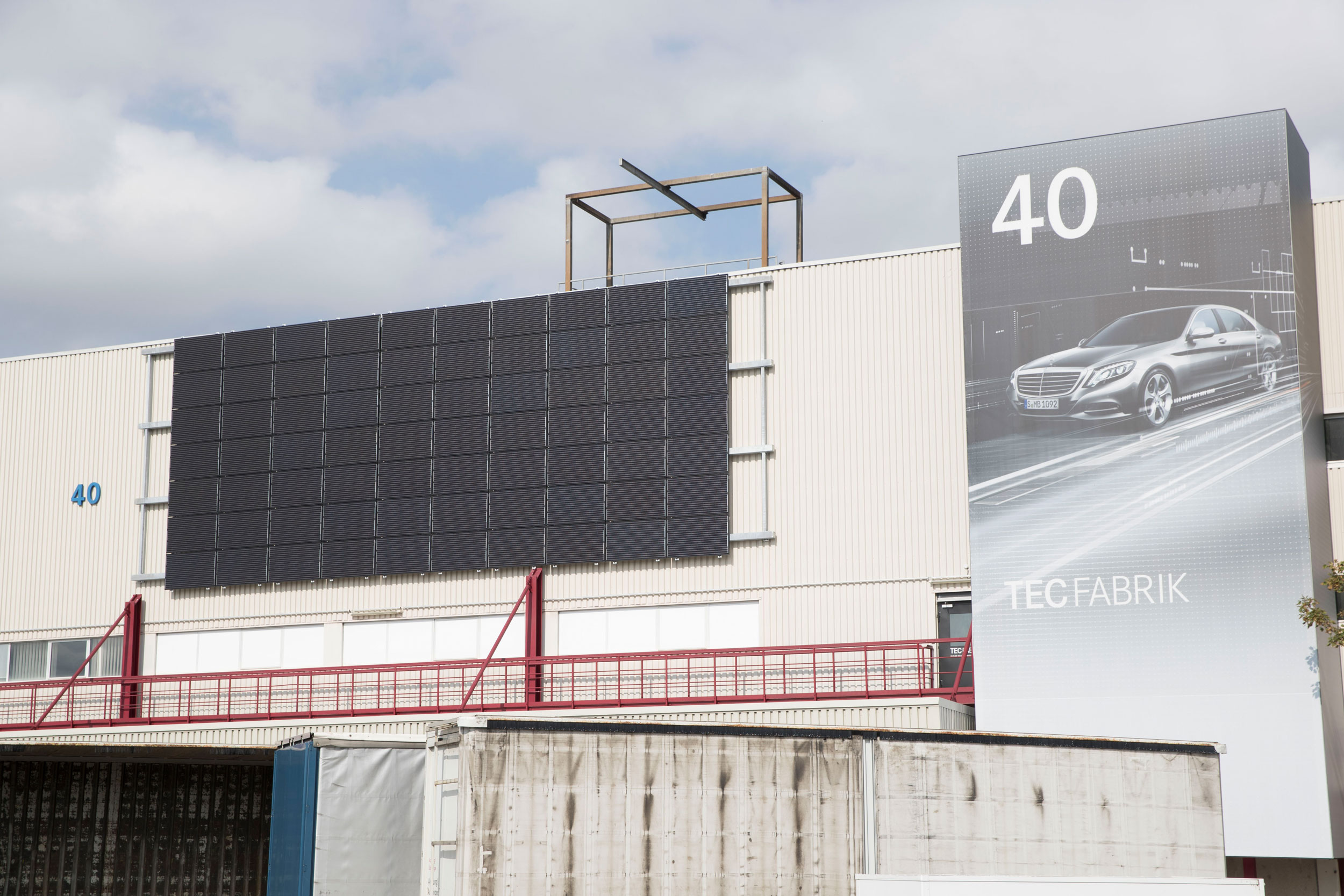