Players and officials took a moment from their Major League Baseball schedules Thursday to focus on reinvigorating youth baseball in local communities across America.

The foundation, launched in July 2015 with a $30 million commitment to improve the caliber, effectiveness and availability of amateur baseball and softball programs across the United States and Canada, also announced a partnership with Positive Coaching Alliance for the training of coaches and administrators from the Reviving Baseball in Inner Cities (RBI) program.

"I see us just making some great steps, great leaps and growing this game together," said Andrew McCutchen, who attended the press conference at Citi Field.

The series of announcements were made by Players Association executive director Tony Clark and MLB Commissioner Robert D. Manfred, Jr., along with McCutchen, Granderson, Franco and Grissom.

Griffey, a 13-time All-Star who retired in 2010 with a .284 career average and 630 home runs, will serve as an advisor and spokesman for a variety of the foundation's baseball and softball initiatives. Additional duties will include shooting instructional and promotional videos for these efforts and attending special events, including camps, clinics and tournaments.

"I look forward to using my passion for the game to help inspire and encourage children to play baseball," Griffey said. "I have loved the sport for as long as I can remember because it's fun to play, and I'm going to do my best to share that with kids."

Griffey's scheduled appearances for the 2016 season include All-Star Week, the second annual Elite Development Invitational (July 2016 at Historic Dodgertown in Vero Beach, Florida), the RBI World Series in Cincinnati and the 2016 World Series.

The foundation -- whose mission is to enhance the quality of baseball and softball education, address overall youth participation in baseball and softball and help youth, including those from underserved communities, strengthen connections to the game -- is also donating nearly $2 million to youth-focused initiatives supported by active and former players, including:

"Making the game available to kids is what this program is all about -- just getting kids out there," Granderson said before taking the field against the Pirates on Thursday.

Positive Coaching Alliance, a national non-profit developing "Better Athletes, Better People" through youth and high school sports has already started delivering its Double-Goal Coach® workshops to RBI coaches. The program explains why and how to pursue winning and using sports to teach life lessons to youth.

PCA also is providing its workshop, titled "Leading Your Organization: Developing a Positive Coaching Culture," to RBI local administrators. The partnership between PCA and MLB/MLBPA will set out to train and certify every RBI coach as a Double-Goal Coach over the next three years.

In 2015, the foundation launched the "Players Going Home" program in which five players -- Granderson, Felix Hernandez, McCutchen, CC Sabathia and Mike Trout -- donated $100,000 each to local and national non-profit organizations based either in their hometown or where they live. 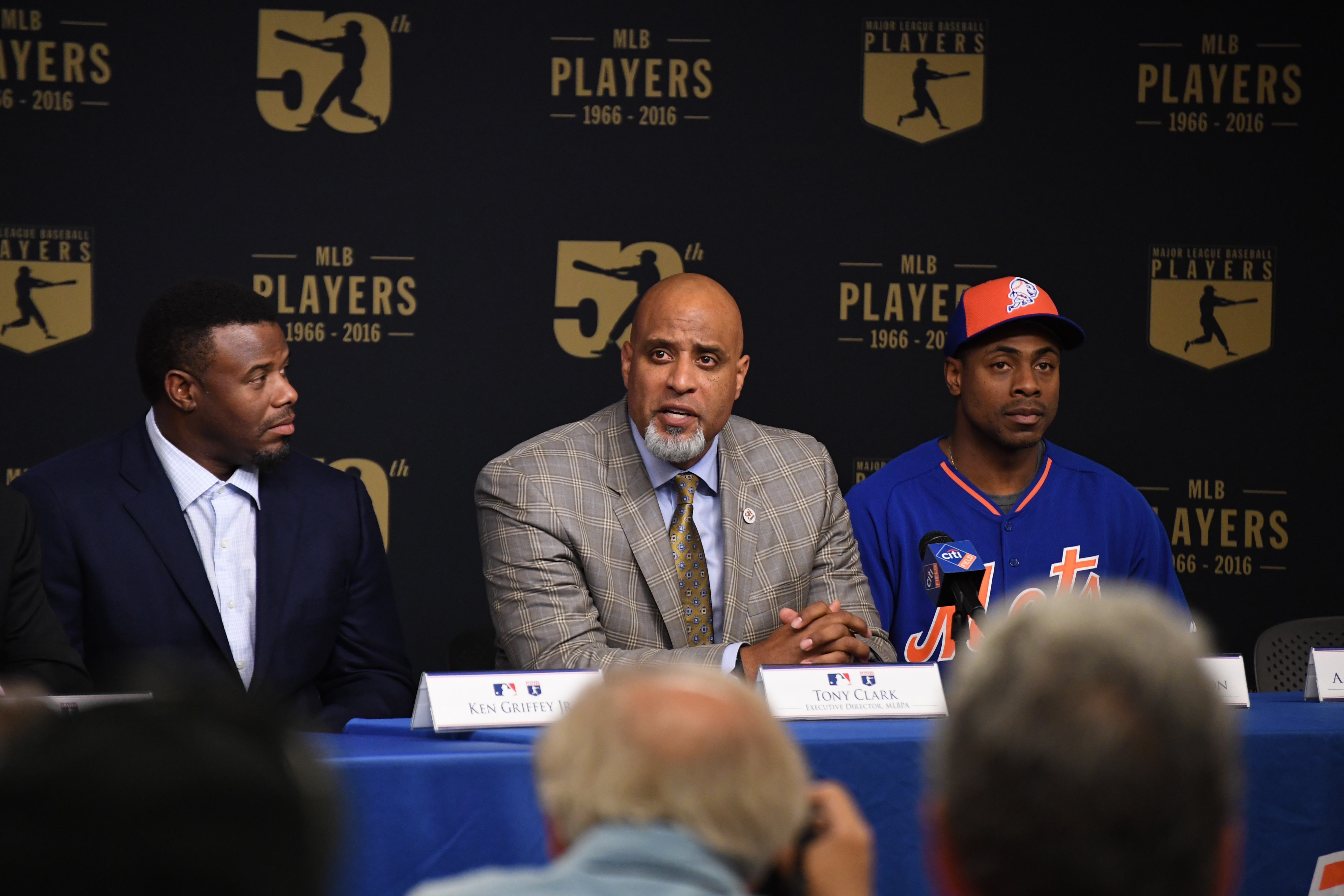 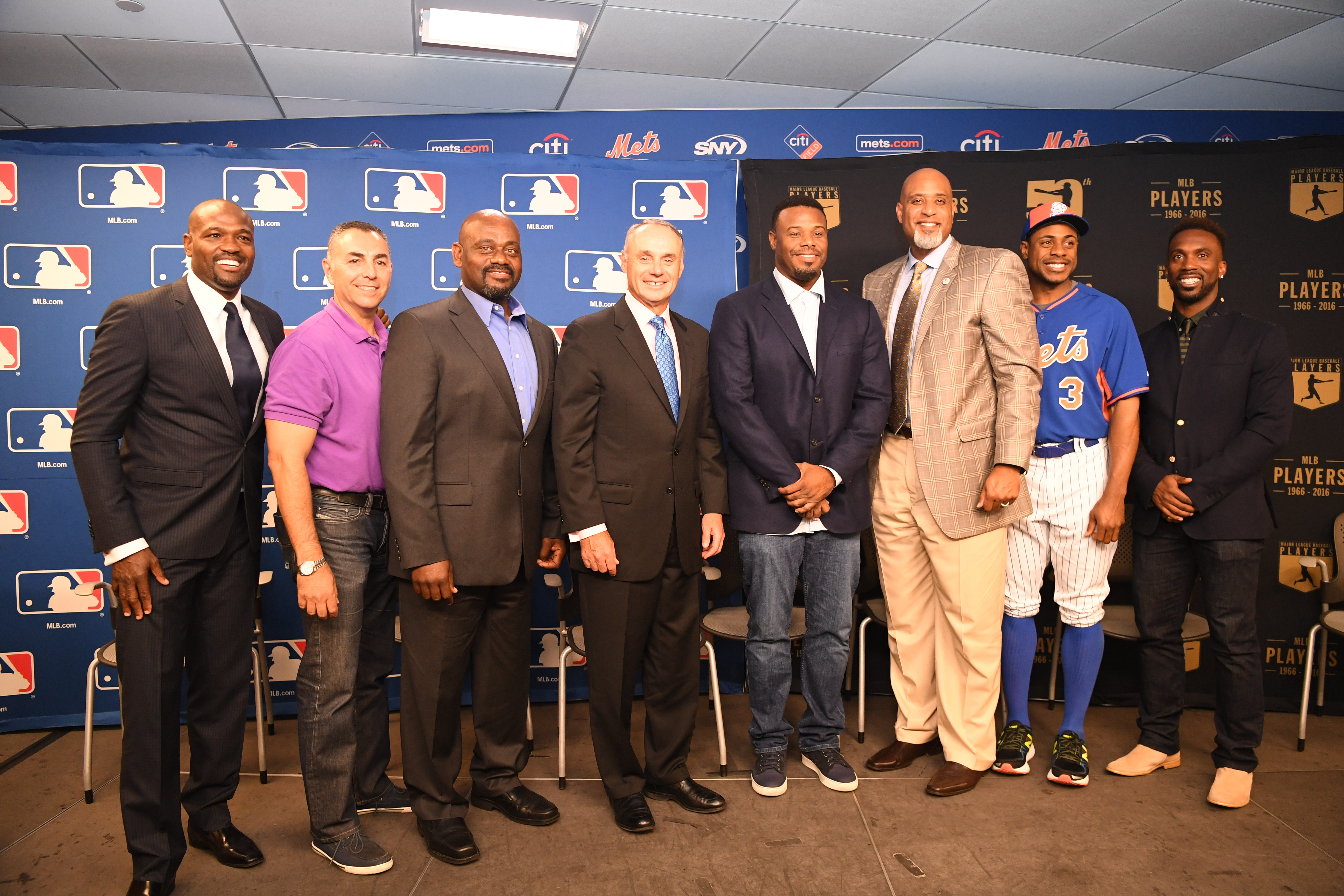 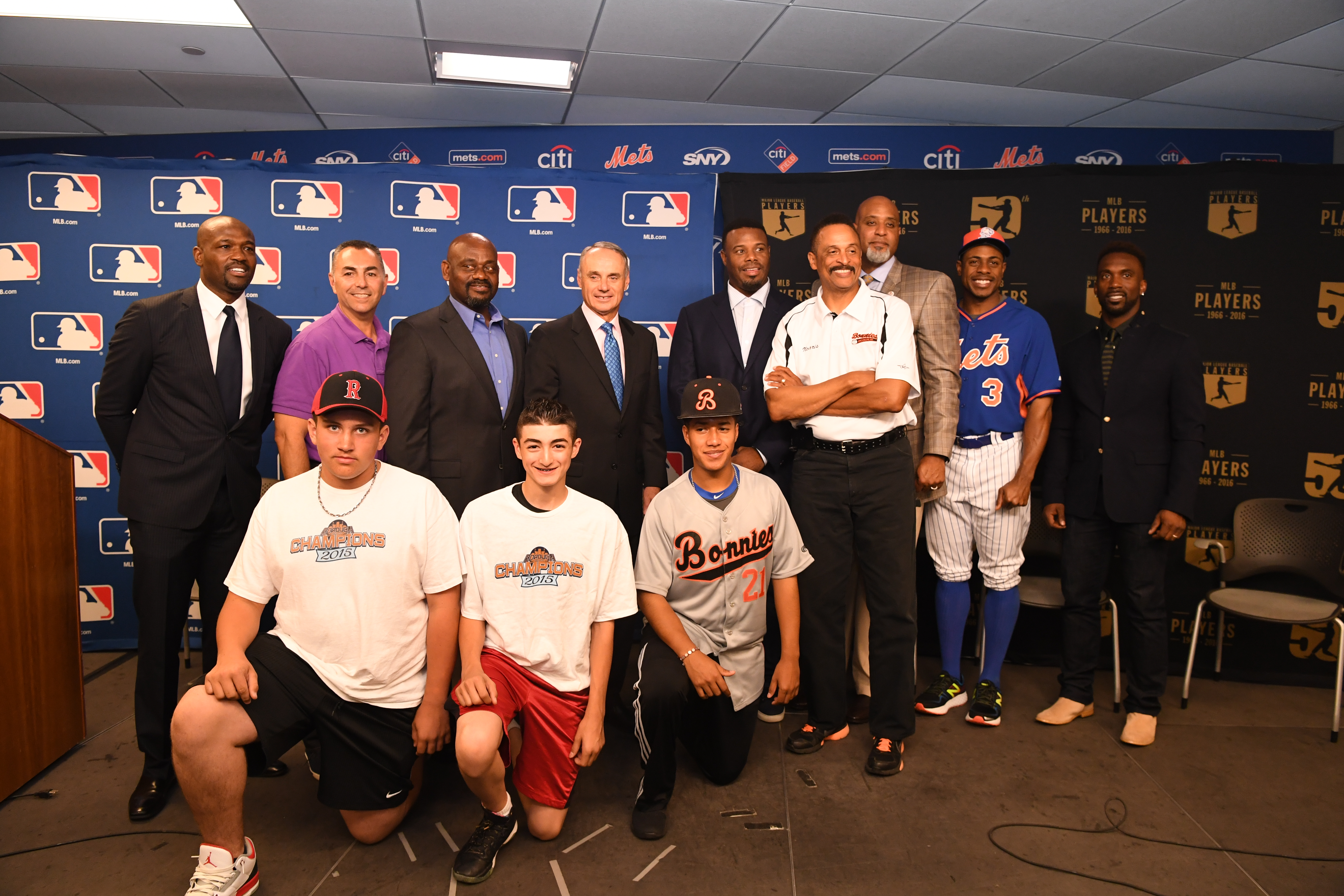 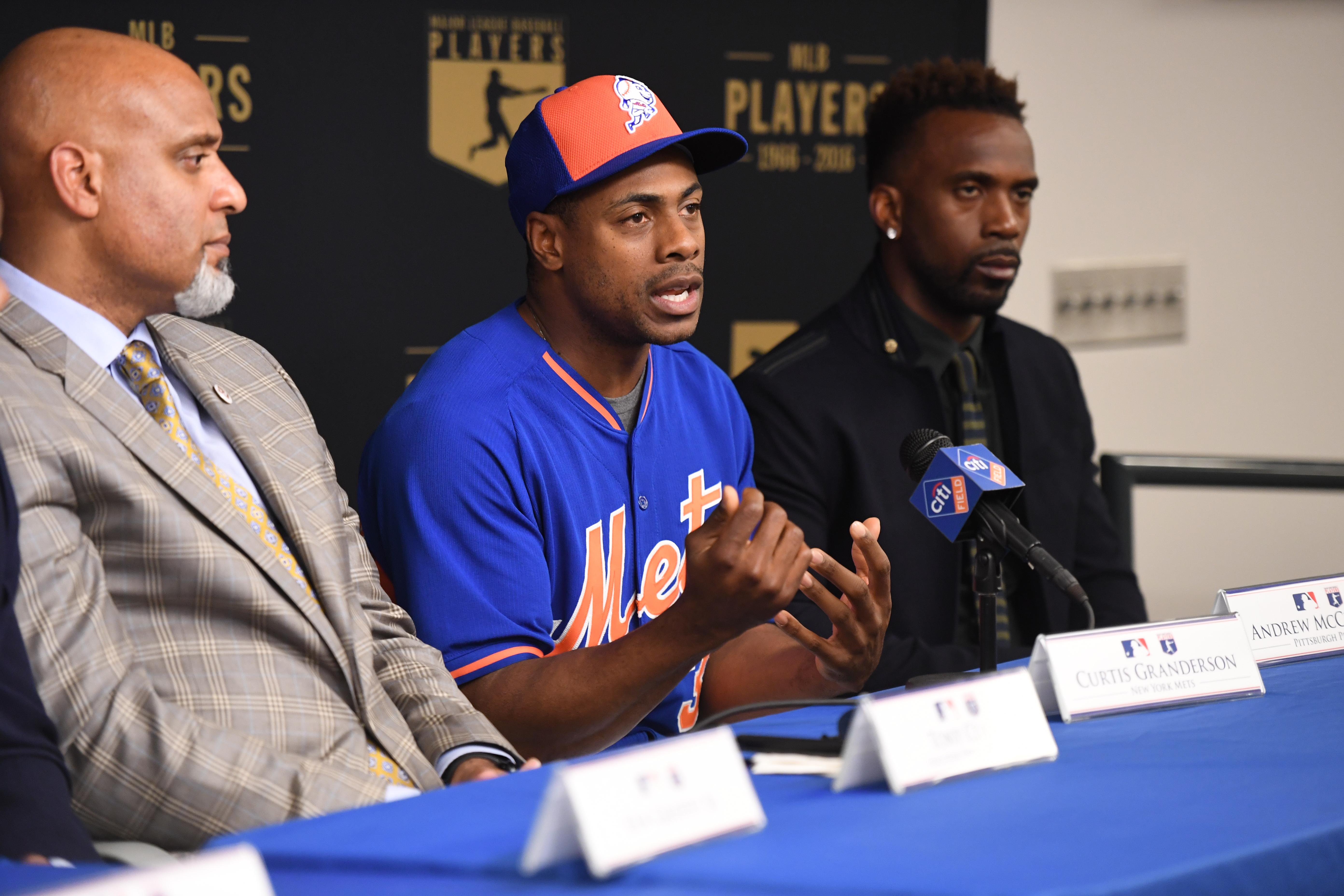 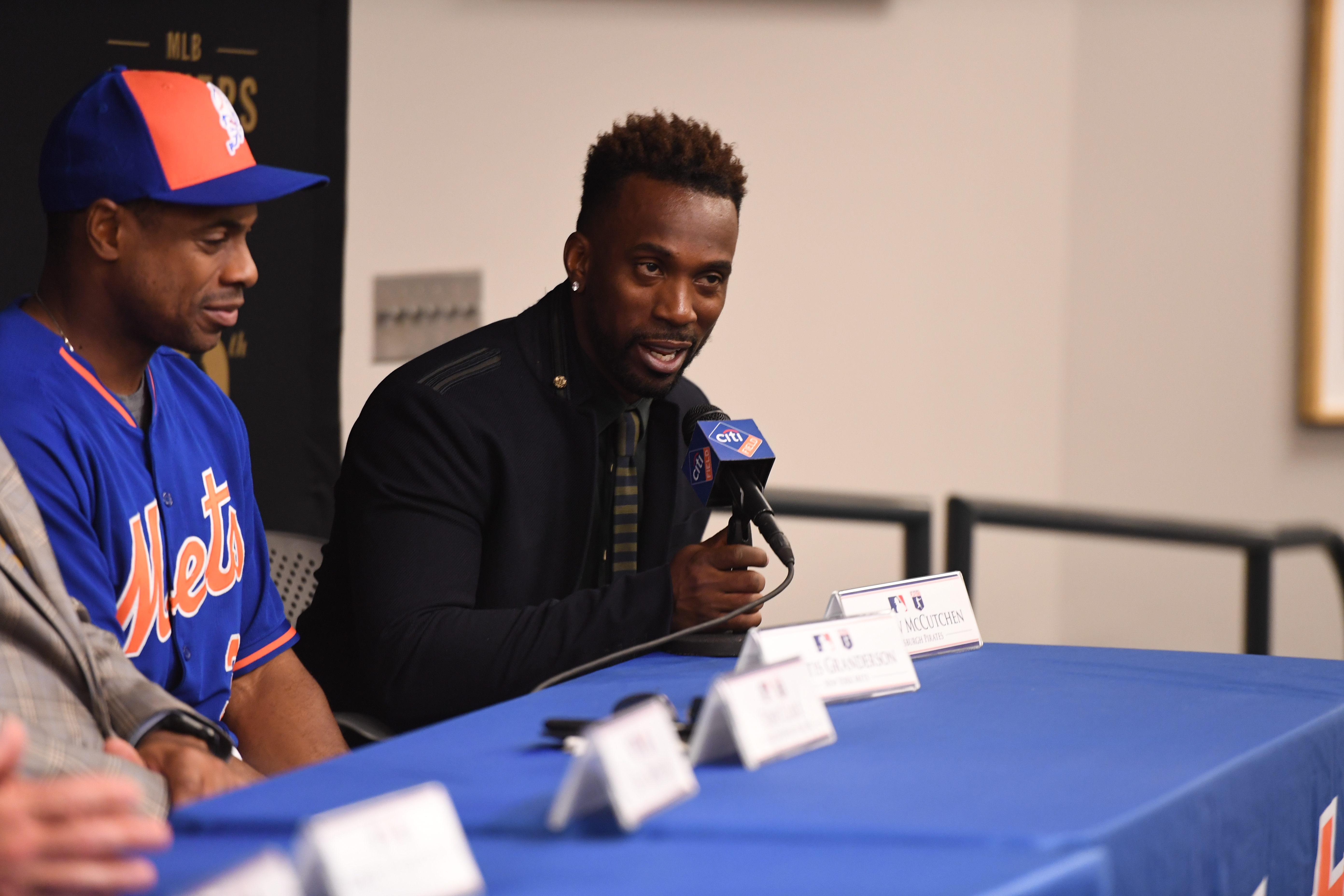 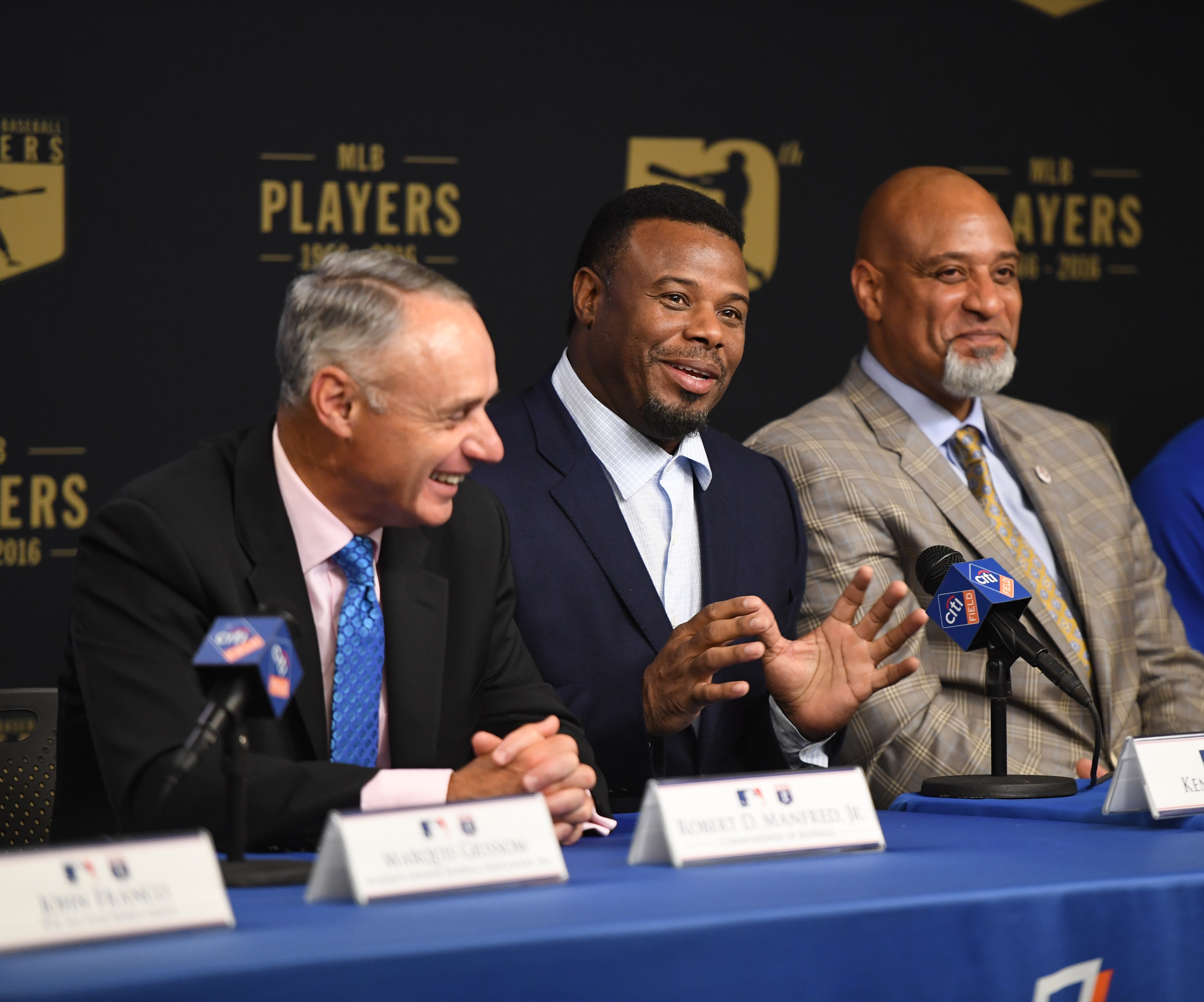