This is the fourth of a five-part series that takes a look at each of the 2017 winners.

Philadelphia native Susannah Maltz, who is among the five winners of the 2017 Michael Weiner Scholarship for Labor Studies recently announced by the Major League Baseball Players Trust, initially studied linguistics at NYU, but ultimately veered to what she considers a more fulfilling career path.

“I went to law school in order to serve the workers’ rights movement,” said Maltz, who now attends City University of New York School of Law. “The scholarship’s focus on labor organizing issues fit perfectly with my course of study, and my intentions for my future as an attorney.”

Maltz, who roots for the Phillies, believes the Players Association’s record of accomplishment over 50-plus years serves the greater labor movement as a visible example of the gains workers can achieve when they stick together and form cohesive unions.

Maltz noted it’s “heartening to see a powerful and passionate union that has continued to build momentum since its inception.” 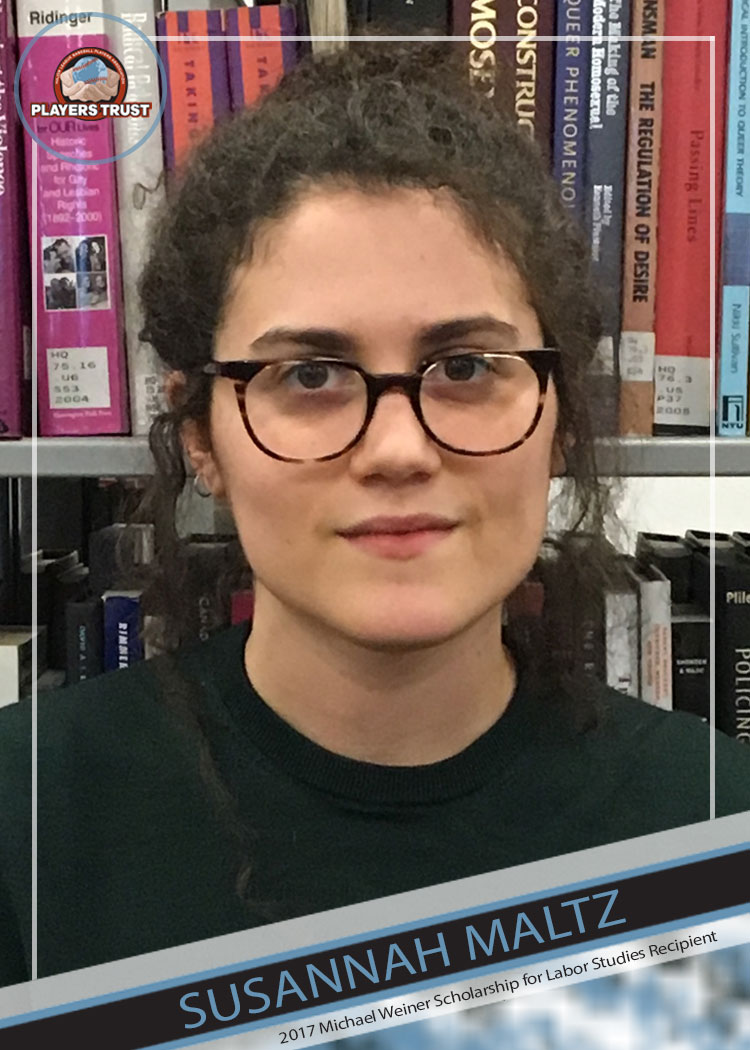 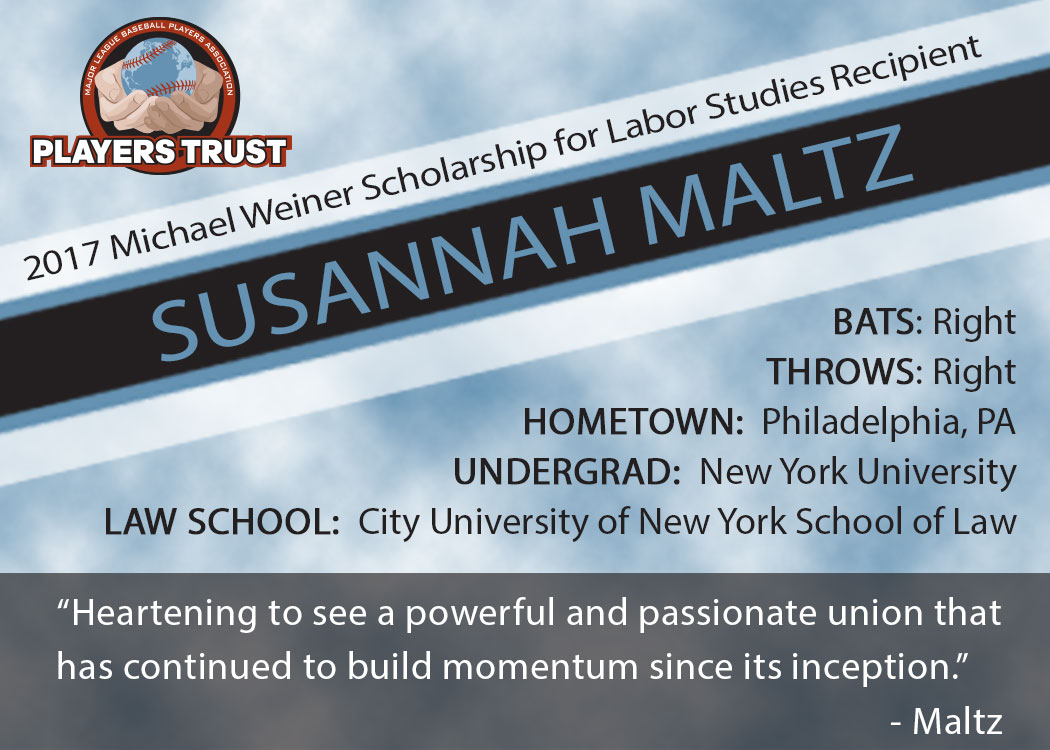