In an effort to push the boundaries of what defines exploration, the National Geographic Channel this week announced Expedition Granted, a nationwide competition in the U.S. to find and fund the next generation of explorers. The contest will accept project proposals from a range of disciplines, and the winner will receive a $50,000 grant toward his/her dream expedition. With this new program, Nat Geo hopes to incentivize everyone around the world to embark on a new age of exploration.

Expedition Granted aims to show that explorers come in all shapes and sizes, and they can be passionate about any field, including art, music, food, science, technology, and more. "We want to help redefine the concept of exploration--anyone with a big idea and passion to make it come to life can be an explorer," said NGC CEO Courteney Monroe. "There is no limit to what we want to see."

The contest is open to anyone in the U.S. over the age of 21, and contestants have until August 31 to submit short videos outlining their projects. NGC will feature these projects on the Expedition Granted website, and fans can show their support for their favorites by liking and sharing on social media. After all the videos have been submitted, NGC will rely on its group of advisors to select up to 10 finalists. Brain Games host Jason Silva, musician and producer Thomas Dolby, author and science evangelist Ainissa G. Ramirez, and journalist Thayer Walker are just a few of the exciting talents that have come on board for this project. Click here for a full list of Expedition Granted advisors.

After the group of finalists is released, the public will have a chance to vote for the winning project. The winner will be announced this fall and, in addition to the $50,0000 prize, will be highlighted on-air on NGC. Through this contest, Nat Geo hopes to show that exploration is not just for mountain climbers and photographers; anyone can be an explorer.

Expedition Granted was developed in partnership with the National Geographic Society, 21st Century Fox, and sponsors the Jeep brand and Dos Equis. 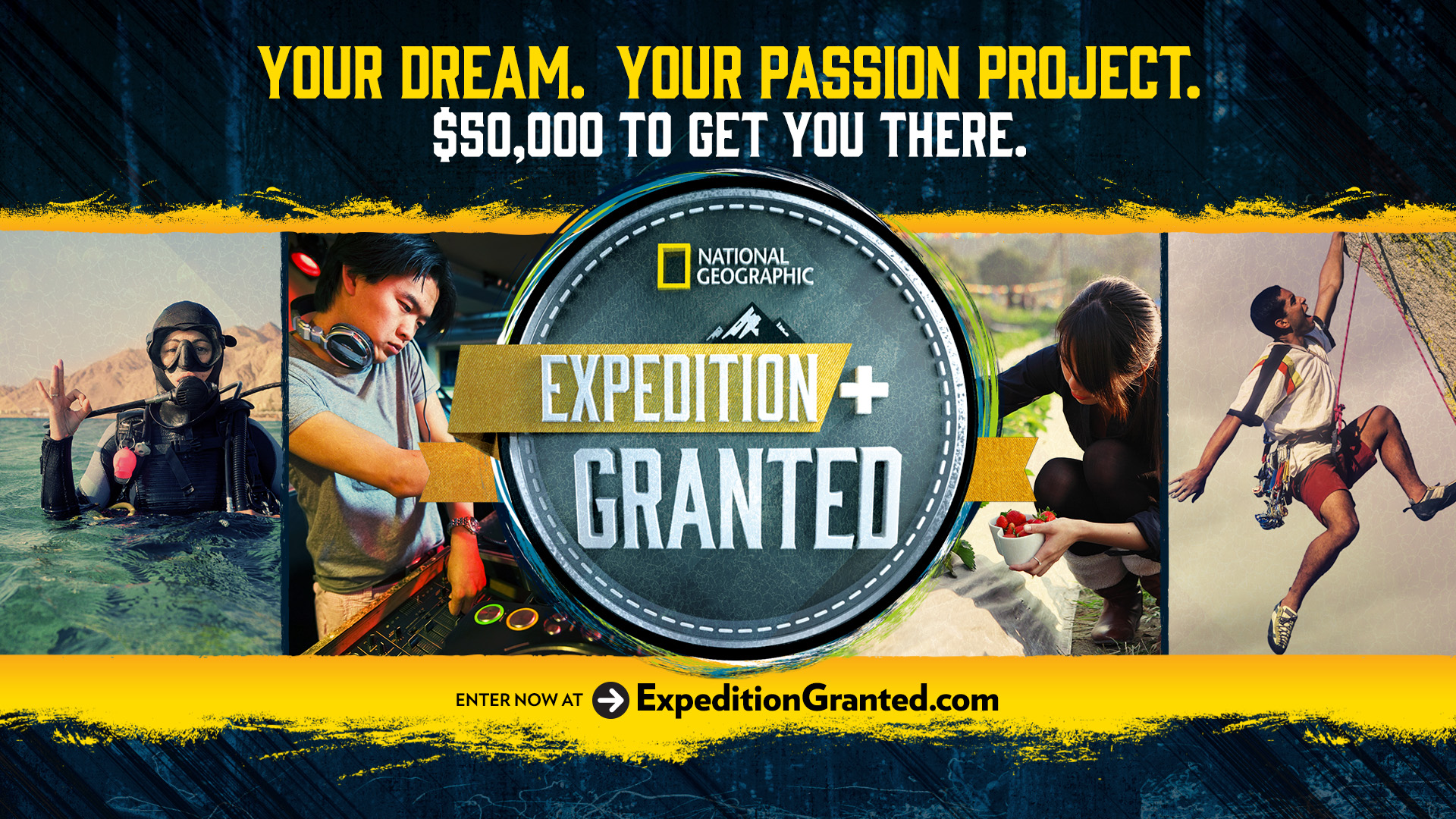