The International Women in Mining (IWiM) photo competition, launched to coincide with International Women’s Day 2017 in March, has the theme of ‘impact and influence’ and is designed to celebrate the diversity, talents, energy and resilience of women at all levels of the mining industry.

Submissions – from women and men, professional photographers and amateurs – are invited from governments, academics, industry and communities.

Prizes include a Nikon D5600 DSLR camera kit for the grand prize winner and travel vouchers for runners-up. Photos will be judged by Bruce Cleaver, Chief Executive of De Beers Group; Dr Sharman Stone, Ambassador for Women and Girls, Australia; and Tom Butler, Chief Executive of the International Council on Mining and Metals.

The judges are looking for images that depict women and male champions for diversity from across the mining and associated industries – from mine sites to corporate offices, from accountants to shot firers, from artisanal mining to large-scale mining, from institutions of learning to decision-makers in government, from the industrial revolution to modern day technology, from women on boards to community workers.

Katie Fergusson, De Beers’ Head of Social Performance, said: “We encourage submissions that are bold, creative and send a powerful message of women’s roles in the industry. We want to shed a light on women in mining, with images that increase women’s visibility and promote gender equality.”

The photo caption should describe how and why the picture celebrates the main theme. Categories cover mentoring, leadership, initiative – and the people’s choice.

The closing date is 16 April 2017 and winners will be announced on 15 May 2017 on the IWiM website. To enter the competition, or to find out more, visit the same website. Entry is free and entrants may submit unlimited images. 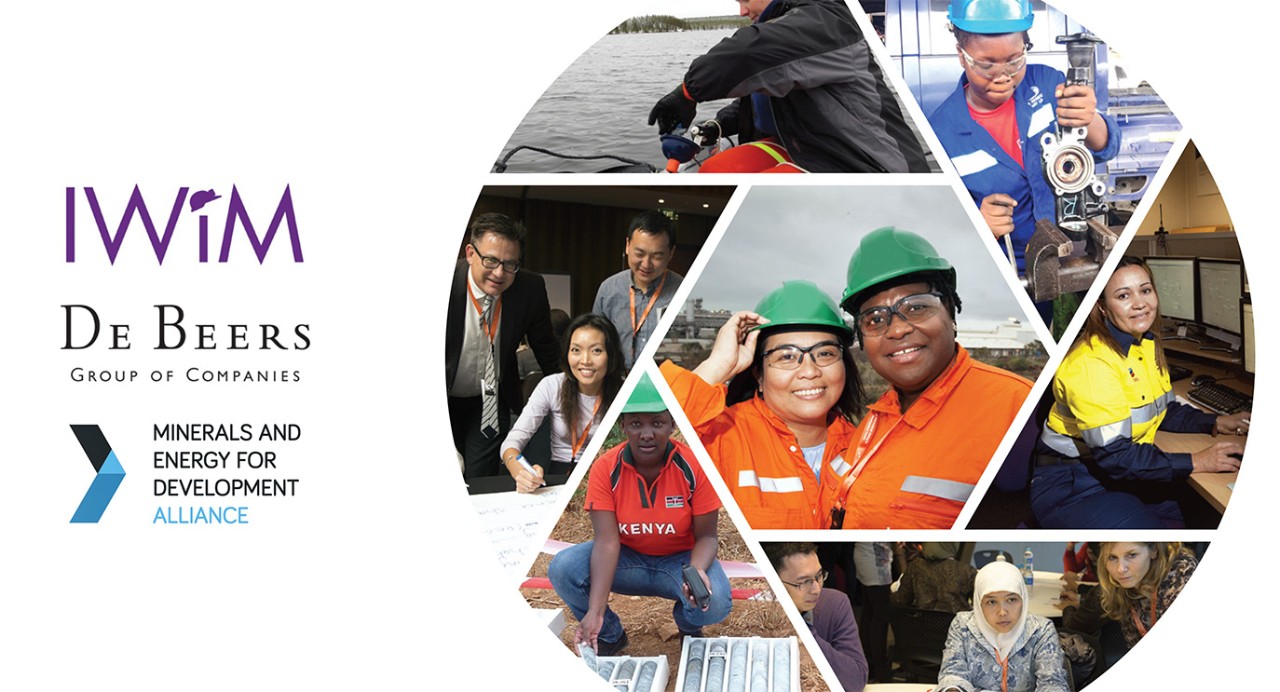