Rare Diseases Are Not That Rare

People affected by rare diseases often face extraordinary barriers. They can find it difficult to get the right diagnosis, expert advice or treatment and support. It’s challenging – especially when they are trying to cope with the uncertainty of an often progressive, devastating and debilitating disease. But the complexity of these conditions, and the small number of patients affected, means this area of research doesn’t always attract the greatest interest.

Less than 5% of the 6-8,000 rare diseases that exist have licensed treatments, so the potential to help patients is significant.  That’s why we have established a dedicated rare disease unit, with the ultimate goal of developing breakthrough solutions for people affected by rare diseases and delivering much needed medicines.

A rare disease is often caused by a fault in a single gene.  Understanding where these faults occur and how they can be fixed gives us a unique insight into specific areas of human biology. We hope these insights will not only make a difference to patients with rare diseases but also help us better understand the science behind more common conditions. Our work in rare diseases also enables us to use new and cutting edge technology to achieve our goal.

Working in rare diseases is challenging. To be successful requires specialised skills, determination and a unique approach. We recognise that patients are often experts in their own disease so we actively seek their advice to further our research.

Here three employees from our rare disease unit share their stories of what they are doing to help develop and deliver medicines for those affected by a rare disease.

I am a mother of five children. When my daughter Brielle was born, I knew something wasn’t right. She wasn’t developing as fast as her siblings and was struggling to meet developmental milestones. There was limited knowledge of her disease at the time. It took four months before she was diagnosed with mitochondrial disease – which causes poor growth and numerous organ disorders. Brielle’s prognosis was devastating. She was given a year to live.  There was no treatment for her condition so I worked with Brielle's metabolic specialist to try various, and sometimes unusual, approaches. Brielle is now 21 years old. It was through my campaigning activities that I learnt about the rare disease patient advocacy role at GSK.  Through my own experience I appreciate the challenges faced by those affected by rare diseases. I bring these insights into GSK to help make a medical difference to patients and their families.

Watch Julie talk about her story.

The first time I encountered a patient with a rare disease was as a paediatric immunologist at Duke University. I saw many patients with rare genetic diseases that caused their immune systems not to work properly. For some, a minor cold could have fatal consequences. Patients can spend years in isolation due to the fear of an infection. It was devastating to see some patients die despite receiving the best available treatments. It left an indelible memory. My role at GSK involves progressing the development of potential new medicines through to regulatory approval. It is challenging – particularly when there’s no precedent. Every day, and particularly when times are tough, I recall my patients at Duke. I want to do my utmost to help give children with rare diseases the opportunity to live a long and healthy life.

Watch Alison talk about her story.

Soon after having my twins, I was told that Abigail had a rare genetic fault.  Her immune system wasn’t able to fight infections so, unless we could find a suitable bone marrow donor, Abigail would die. She was kept in isolation. My husband and I, and Abigail’s twin brother Jack were tested. Despite the odds Jack was a perfect match and donated his bone marrow to his twin sister. But Abigail’s condition did not improve and we prepared for the worst. Then a breakthrough – her immune system slowly started to respond. At 2 years of age she was able to attend pre-school for the first time. We’ve been very lucky. Without Jack, Abigail would have died. Some children with similar rare conditions don’t have a suitable donor so live in isolation units or don’t survive. Abigail and Jack are inseparable.  Abigail tells everyone that Jack saved her life.  Raising a daughter with a rare disease has brought a new perspective to my work in the Rare Disease Unit at GSK. I share my own experience with colleagues to help ensure we focus on what’s important to parents and patients.

Watch Jessica talk about her story.

Jessica has twins – Abigail and Jack – who are four years old. At birth, Jessica noticed that Abigail was failing to thrive. At two months, she was diagnosed with sleep apnoea. An operation was scheduled to correct this but just before it was about to take place, tests showed that Abigail had a rare genetic fault which meant that her immune system wasn’t able to fight infection and that as a result  the surgery to correct her sleep apnoea was too risky.

Because of the seriousness of Abigail’s condition Jessica and her husband Mike were told that they shouldn’t hold out much hope. Abigail needed a bone marrow transplant from a suitable donor, but matching donors are very hard to find. Jessica, Mike and Abigail’s twin, Jack were all screened and several days later, an immunologist called Jessica to tell her that Jack was a 10 out of 10 match with Abigail. As Abigail and Jack were still very young, doctors advised them to wait until they were three months old before undergoing the bone marrow transplant, but Abigail became very ill and was experiencing repeated serious infections and Jessica and Mike made the decision to move forward with the transplant in case her condition worsened.

Prior to the transplant, Abigail, Jack, Jessica and Mike spent two months in an isolation room, with no other children, and only adults with facemasks and gloves allowed in. Finally, Jack was able to donate his bone marrow which was transplanted to Abigail. Jessica was warned that the process of recovery, never certain, was a long one. They spent another month in isolation but Abigail showed no signs of improvement. Her immune system simply wasn’t responding to the transplant.

Four weeks after the transplant, doctors said they couldn’t do anything more for Abigail and sent her home.  Three months after the transplant, Abigail’s condition was deteriorating.   Jessica was told to call her family around the world and relatives from New Zealand flew in to say goodbye, as without a functioning immune system, Abigail would eventually succumb to infection. Abigail’s sleep apnoea meant her feeding tube often became blocked, so Jessica and Mike had to watch her constantly, sleeping in shifts so one of them was always awake to watch her and clear any blockages. Jessica had to balance this with returning to working a full-time job at GSK.

Then came a breakthrough: Doctors saw two T-cells (the cells which help the body fight infection) during a routine check-up.  Almost overnight, Abigail began to respond to the treatment and her immune system began to build up. From this point, the family’s life changed. Abigail was able to sleep through the night; she began to eat, and at nine months smiled her first smile. Previously unable to move due to the various tubes and needles in her body, she learned mobility skills extremely fast and by 14 months she was walking. Finally, at fifteen months old, she was strong enough to have the operation to correct her sleep apnoea.

Jessica was told Abigail would be speech-delayed and so the whole family learned sign language and Abigail was able to boss her brother around with her hand signing. Told by her speech therapist that she was unlikely to speak until she was five, Abigail once again showed her fighting spirit and started talking at eighteen months of age. With determination and the help of speech therapy she was speaking at the level of other children at two and a half.

In June 2012, Jessica got the all clear that Abigail’s immune system was strong enough for her to interact with other children. Until then, the twins hadn’t been introduced to other children. The first time they went to the playground, they simply stood and stared at the other children for 40 minutes before eventually joining them to play. Abigail and Jack now lead the lives of typical four-year-olds who are about to start school. Abigail still sees a number of specialists, but none of the complications from her illness are life-threatening.

Jessica says she feels blessed that Abigail and Jack have each other. Without Jack, Abigail would have died. She says that she has been lucky, as some families of children with this rare condition who don’t have a bone marrow donor have children living in isolation units for five years or more, or they don’t survive. Abigail and Jack are inseparable and she tells everyone that he saved her life, whilst he’s fiercely protective of her.

Find out more about what GSK is doing to tackle rare diseases. 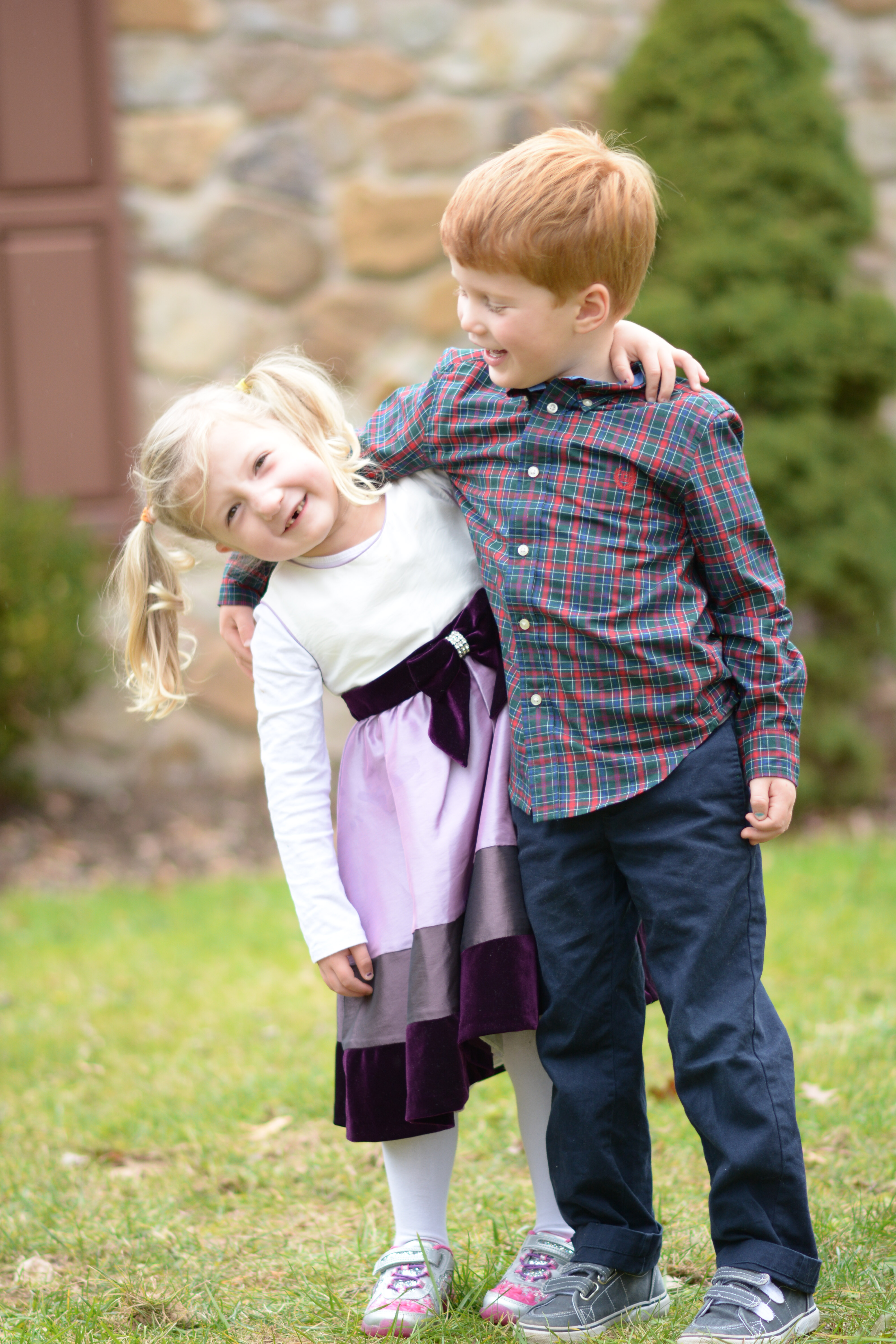 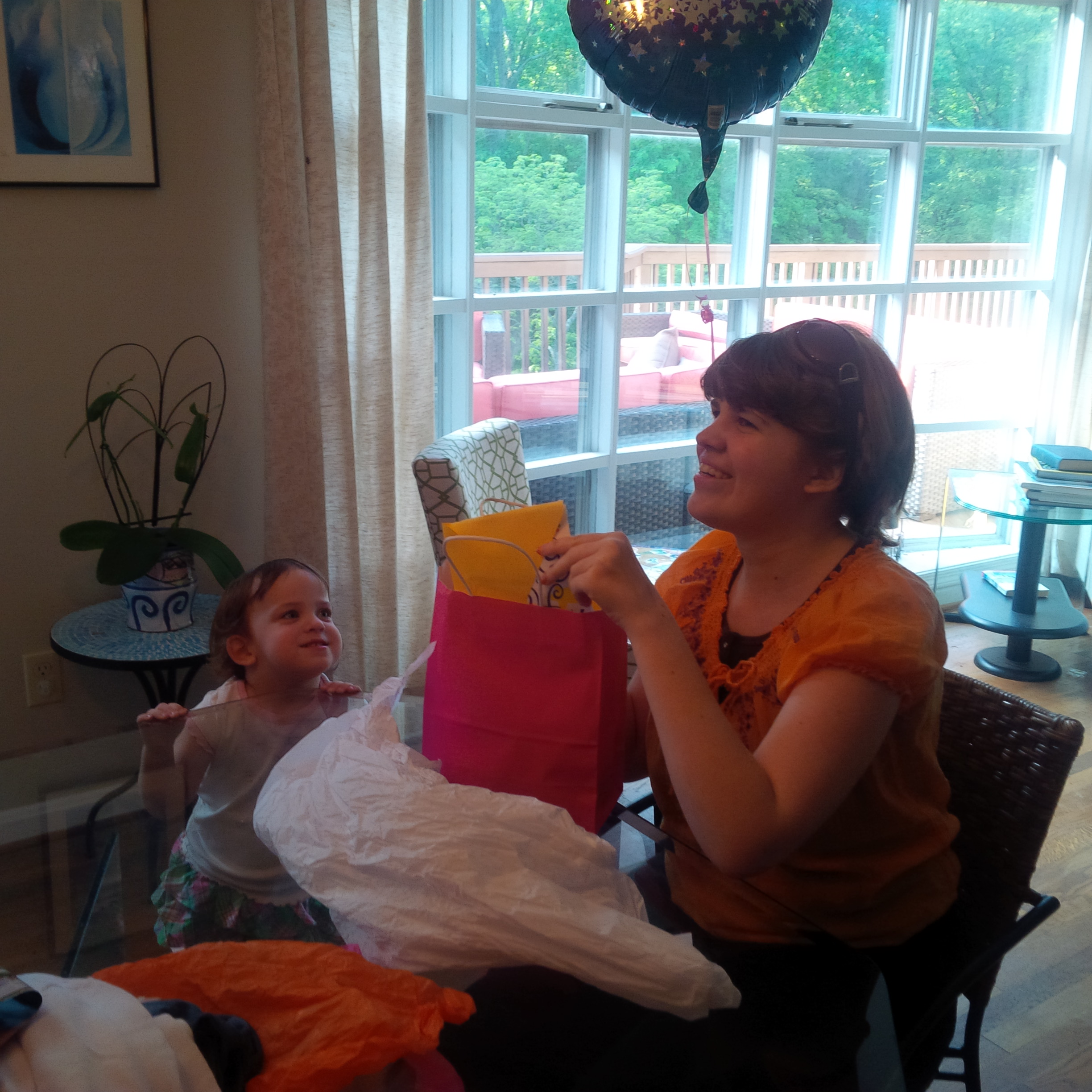