Apr 21, 2015 9:05 AM ET
Tweet This:
A true leader shares about her career as a responsible investor - http://3bl.me/hfct94 | #women #csr #esg #sri #sustainability #impinv #cr
Article
Reflections from a Career Investor

By Amy Domini, founder of Domini Social Investments and partner in The Sustainability Group

Women and Investing. The feminist in me is struggling. The mere asking of the question implies a difference, and a difference, when it comes to women, tends to mean a weakness. Women and the sciences, women and sports, the debates about women’s powers make me, as a woman, uncomfortable. But then I review my own story. I manage assets for people who are interested in socially responsible investing. Over 60 percent of the money I manage belongs to women. I also run a socially responsible mutual fund. It has 55 percent female investors, while the average mutual fund is 45 percent. Women have a special connection to socially responsible investing.

There are two approaches to the topic of Women and Investing. One involves women managing investments for others. The second involves women with money to invest. Certainly the field of socially responsible investing has many women in leadership roles, and the clients we serve include many practical and idealistic women. Is the female investor different? If so, how and why?

I looked to my own career path for clues.

I entered the field of finance during the mid-1970s, when women were clearly anomalies. There had been a feminist revolution during the preceding decade but it was our mothers who read all those books and felt the seismic shift that was beginning. We had more of a flower-child mentality. I floated through early life without the slightest ambition. My job as a photocopy clerk in a stock brokerage firm was just a job, not a career. When, after a couple of years with the firm, I became registered to sell securities, I did so for the raise, not the responsibility. When, four years later, I was introduced to a client as the firm’s first female stockbroker, I was surprised. It hadn’t occurred to me before. I did not self-identify as a woman, but as part of the team.

The initial years were tough. I had two babies and worked though the pregnancies in offices filled with cigar smoke. I took a week or two for maternity leave (three weeks was considered long then). But I’d been brought up hearing, “Never mind all that, just pull up your socks and keep marching.” It didn’t occur to me that there might be a different way. Plus, I had passion; I wanted the world to understand something I had figured out: The way you invest matters. Investors can demand disclosure and better reporting from the companies they own. Clients do not need to sully their hearts by investing in filth.

In those early days I saw many women do amazing things. Joan Bavaria launched Trillium Asset Management to manage money responsibly. Joan Shapiro, who worked at the South Shore Bank of Chicago, showed the difference that a caring bank could make to a community. Alice Tepper-Marlin, whose Council on Economic Priorities tracked corporate spending on elections, helped us understand the many ways that corporations affect our daily lives. Medical Mission Sister Regina Rowan, an activist shareholder, was famous for having a seat in the front row at Merck’s annual meeting. Each year she rose to ask the company to again pledge $100 million worth of Ivermectin to the poor, thereby reducing the scourge of river blindness. There were men too, important leaders, but the women made it more appealing to me than my male-dominated experience in the brokerage firm did.

I joined the Loring, Wolcott & Coolidge Office in 1987—where I founded the practice now called the Sustainability Group. With my partners’ permission, I also founded Domini & Company—which became KLD Research and Analytics—and the Domini Social Index Trust—which became Domini Social Investments. I worked very hard, but I cared so deeply about moving the field forward that it was thrilling.

In terms of being successful as a money manager, there are two important elements. One is the ability to attract and maintain clients. The other is the ability to pick investments that outperform the market. The rules are clear, so a pure meritocracy should exist. That it does not is due to other factors, because on the two criteria that matter, women compete well.

Thinking it through, it was my field, socially responsible investing, that proved me as a money manager. I believe completely in the importance of the field and feel such pride when we have small wins, that my work was never a job so much as an identity. I loved helping people figure out how important socially responsible investing is, and thus I gathered many clients quickly. I also loved learning about companies and what makes them great, which helped my investments work out.

But what about the other side of women and investing—the client side? Last year Wells Fargo issued a study on affluent women and their investment habits [1]. Like other studies, it points out that women are reluctant to manage their assets, even women who have successful careers. In this study, it was found that among affluent women, only 43 percent of single women and 34 percent of married women manage the investments the household makes.

This reluctance to be the investor, in my experience, leads to careful review before taking steps. Women study what investing is before they make a move. They read Internet stories and ask friends. Eventually, they learn about investing with purpose, in the triple bottom line of people, planet and profits. We in the field know that even today, a great many investors have never heard of helping people and the planet as you invest. We also know that once a person truly understands our concepts and outcomes, they want to invest that way too.

During my career, I have received many calls from women for a “getting to know you” meeting after some event. It may be divorce, winning the lottery, the death of a grandparent, the bloating of a savings account, or the sale of a company. The reason doesn’t seem to matter, what matters is that the woman has had to think about what to do. She is, based on studies like the one I cite above, hesitant. She therefore does more homework than her male counterpart, who apparently feels more confident in managing investments. While studying and learning, she comes across the concept of investing in a way that might also help other people and the planet itself. Her research leads her to us.

When I meet with prospective women clients, they explain they’ve read and studied the various investment options, and they’ve researched me online or through referrals. I also hear a personal sentiment of not wanting to be one of those oblivious people who think making money any old way, without regard for their own values, is fine.

As investors, these women start with a lot of questions, few commands. This is good. All of us have an investment philosophy and the fact is that every philosophy lets us down in certain markets. But an investor who knows what to expect and buys into the approach, will be more patient and understanding during the poor performance cycles. By the time a female client has come to the decision to work with you, she has listened and learned. She believes in your underlying investment philosophy, she believes that you can execute well. She will stick with you.

From my observations over 40 years, I believe that there is a difference between women and men when it comes to investing. I believe that women in asset management yearn for work that leaves the world a better place and succeed when they feel that this is what they are doing. I also believe that women as clients are slower and more cautious to take the first steps in investing and that as a result, they are more committed to the methodology and person they’ve chosen. In both cases, socially responsible investing resonates and empowers the woman.

Society is slowly recognizing the power and potential of women. But time is an important factor in investing—women who don’t have the confidence to invest may well lose out on multiple years of returns that would compound into their retirement. To optimize their wealth and align their investments with their values, women need to take charge of their assets now.

Article by Amy Domini, partner in The Sustainability Group in Boston where she manages roughly $1.1 billion in liquid assets for high net worth families. Additionally she is the founder of Domini Social Investments (www.domini.com), a New York City based mutual fund family with $1.6 billion under management. She is widely recognized as the leading voice for socially responsible investing. In 2005 she was named to the Time magazine 100 list of the world’s most influential people, and in 2009 Time listed her as one of 25 “Responsibility Pioneers”. In 2005, President Clinton honored her at the inaugural meeting of the Clinton Global Initiative.

Ms. Domini co-authored the groundbreaking book, Ethical Investing in 1984. Since then she has authored or co-authored several books. Her articles have been widely published and she is a regular contributor to The Intelligent Optimist magazine. Ms. Domini serves or has served on several boards and holds the Chartered Financial Analyst designation.

Ms. Domini holds a B.A. in international and comparative studies from Boston University. She is the recipient of two honorary degrees: a Doctor of Business Administration, from Northeastern University College of Law and a Doctor of Humane Letters by the Berkeley Divinity School at Yale. 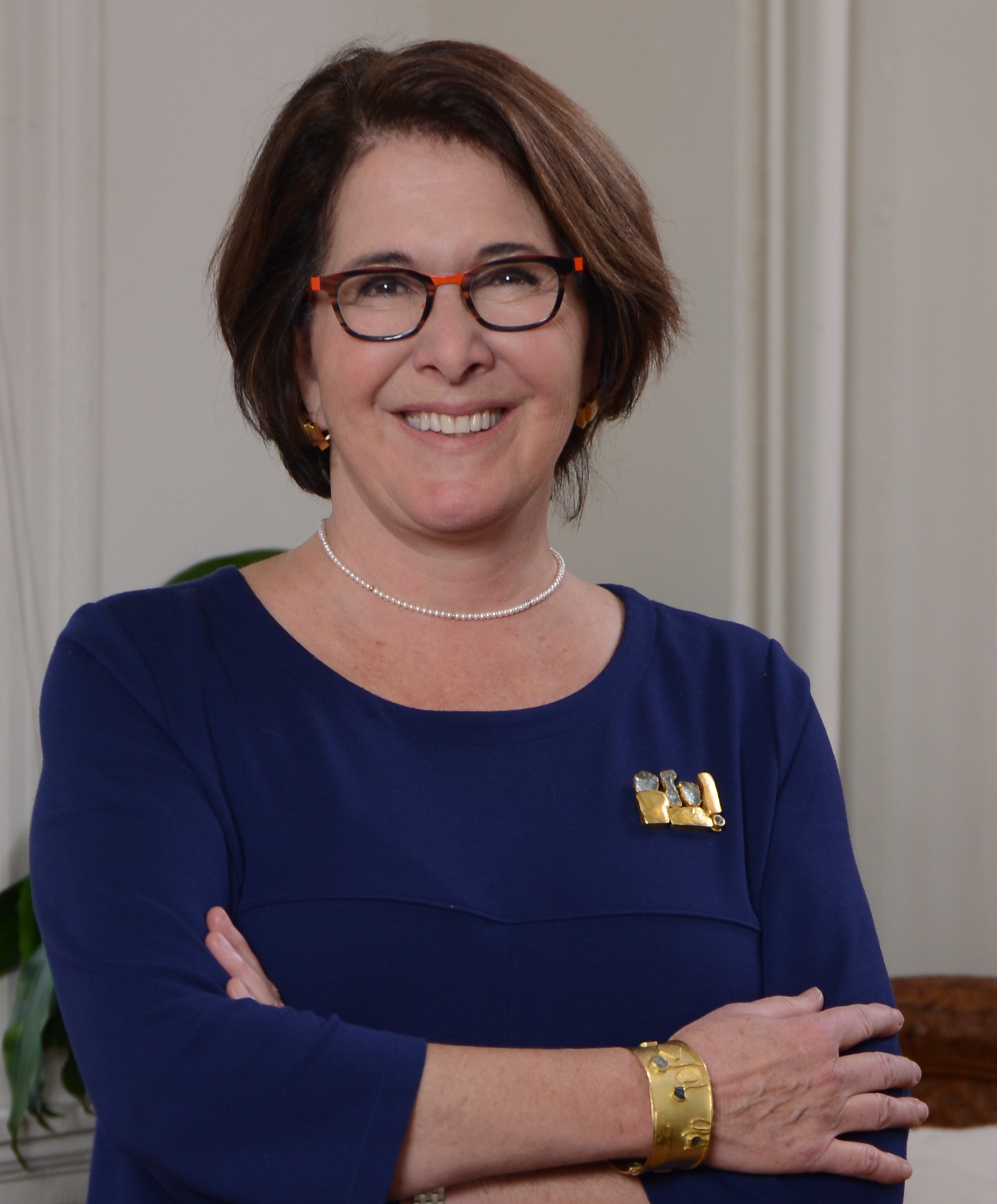