From helping to preserve the health of America’s national parks to promoting the humane treatment of animals, Subaru supports a diverse array of charitable partners through Share the Love. The following organizations have been selected by Subaru for national partnership in 2016.

When kids with life-threatening medical conditions are granted their one true wish, they get the strength to keep fighting. Their families come together. And lives get better for everyone involved. Thanks to Share the Love, more than 1,200 children with life-threatening illnesses have had their wish granted. Help Make-A-Wish® grant wishes for kids in your community.

Meals on Wheels America provides leadership to more than 5,000 local, community-based programs dedicated to fighting hunger and isolation among our nation’s homebound seniors. Each donation supports the nutritious meals, friendly visits and safety checks that enable seniors to continue living nourished lives in their own homes. Since its inception eight years ago, Share the Love has helped deliver nearly 1.44 million meals to America’s seniors.

A leading voice for animals for 150 years, the ASPCA® provides life-saving protection and care to those in need. Whether it’s rescuing animals from abuse and neglect, introducing and enforcing more humane legislation or supporting animal shelters across the country, ASPCA relies on donations and public support to help animals live better lives. Through the ASPCA, Share the Love has had a significant impact on the rescue, transport and adoption of nearly 30,000 animals across the country.

Subaru, its retailers and owners are dedicated to enriching the places in which they live and work by supporting numerous local causes, from pediatrics to animal care. Whether it’s donating money or volunteering time, Subaru retailers are making the investments that count in their communities.

For many immigrants, learning English as an adult can be difficult. As one of its many charitable efforts, Cascade Subaru raised $15,000 for the Literacy Council of Chelan and Douglas Counties during the 2015 Share the Love event. Relying on volunteer tutors, the Literacy Council provides English classes for adult non-native speakers.

Funds raised from the Share the Love campaign supported the council in providing space and instructional materials for English as a Second Language (ESL) classes.

Before [taking classes] I couldn’t understand anything that was being said to me. Now I can understand many things.
- Hector, ESL student, Literary Council of Chelan and Douglas Counties

Mastro Subaru locations in Tampa and Orlando have a special affinity for man’s best friend. The Tampa retailer partnered with Southeastern Guide Dogs, which trains therapy dogs, guide dogs and military dogs. Through the Share the Love event, the Orlando retailer supports Together Every Animal Receives Support (TEARS) of Seminole County, a last-chance stop for animals in need of new homes.

“A lot of hard work goes into each of these events, but it’s worth it because we know animals are not only being adopted but being saved with much needed surgeries."

The partnership between TEARS and Mastro Subaru has been life-saving for animals.
- Diane Gagliano, program coordinator for Seminole County Animal Services.

Glacier National Park in northwestern Montana is home to a stunning array of wildlife, from grizzly bears to bobcats, and offers more than 700 miles of trails to enjoy the splendor. Nearby Don K Subaru makes it part of its mission to help preserve the 106-year-old park.

In 2015, as part of the Share the Love event, the retailer donated $12,219 to Glacier’s conservancy program, which enables the park to continue its own mission of education, preservation and research.

Hunterdon Healthcare Medical Center’s impact is felt far and wide in the Flemington area, making it an ideal partnership for a retailer whose customers come from multiple states.

In 2015, the retailer donated $13,935 toward medical services at the 178-bed Hunterdon Healthcare Medical Center, which treats nearly 9,000 inpatients and receives nearly 300,000 outpatient visits each year.

Employees at Huffines Subaru received services from the Texas Coalition for Animal Protection (TCAP), so the organization was a natural partner for the 2015 Share the Love event. TCAP provides preventive services for cats and dogs like spaying and neutering; offers vaccines and dental hygiene; and facilitates adoptions.

More than $25,000 raised by Huffines Subaru aided TCAP in monthly spay and neuter-promotions, says Jessica Smith, the organization’s director of clinic operations. This meant that it could offer services at even lower prices. Huffines Subaru wasn’t done, however: The retailer also held a pet adoption event, with some attendees leaving with grateful animals in their arms.

In Findlay, funds raised by LaRiche Subaru for the 2015 Share the Love event have had an outsized impact supporting the Open Arms Domestic Violence & Rape Crisis Services organization.

Specifically, donations were used to upgrade the security system and cover the costs of shelter staff, crisis counselors and an advocacy group that aids children who have witnessed abuse.

The $11,000 raised helped to cover the everyday needs of the 100 children and domestic violence victims who stay at the shelter, says Ashley Ritz, director of Open Arms.

First Team Subaru chose a Share the Love partner whose impact is felt in not just its city, but the entire region. In 2015, the retailer raised $27,885 for Carilion Clinic Children’s Hospital, the primary center for pediatric medical care in southwestern Virginia and eastern West Virginia. Specifically, the donations went to fund medical equipment and services in the neonatal intensive care and pediatric units. “We shared the love with those who love our kids,” says First Team President David Dillon.

Bob Giles, owner of Giles Subaru in Lafayette, Louisiana, says love starts at the top. “Subaru is so generous with what they do, we like to mirror that and be generous in our community,” he says. That’s one reason the retailer raised roughly $7,200 for Transportation Recreation Alternatives in Louisiana (TRAIL), which builds and maintains biking and hiking trails. The 2015 Share the Love funds helped TRAIL reconstruct a bridge, install benches and bike racks and create “the only bicycle rental program with multispeed bicycles in the Acadiana area,” says TRAIL's Scott Schilling.

Kids receive special attention at Winner Subaru. For 2015’s Share the Love, the retailer donated $5,000 to Child, Inc., the only children’s shelter in the state. Child, Inc. also acts as a resource center for victims of domestic violence, operates a foster care program and provides resources for children of divorced parents. The organization’s two shelters house about 160 children total each year, but basic funding doesn’t pay for the amenities that most kids get to experience every day. “The 2015 Share the Love funds were used to provide amenities like new shoes and school supplies,” says Child, Inc. Executive Director Tim Brandau.

For employees of McCrea Subaru, the 2015 Share the Love event was a hands-on affair. After raising $10,368 for the Humboldt Senior Resource Center’s Meals on Wheels program, employees volunteered at the center. “We’re thrilled and grateful for this partnership and the Subaru Share the Love campaign,” says Humboldt Senior Resource Center's Barbara Walser. The 2015 campaign helped the Center provide home-delivered meals to more than 1,000 seniors. 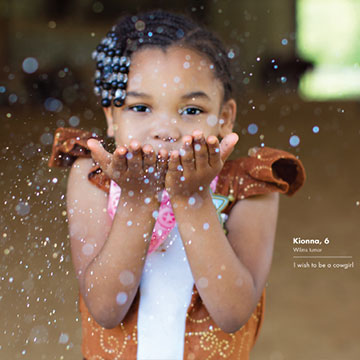 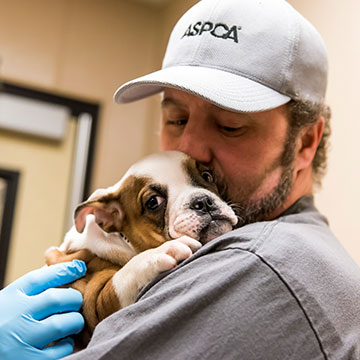 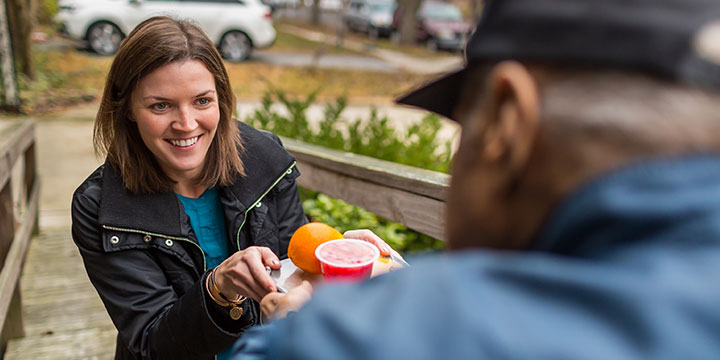 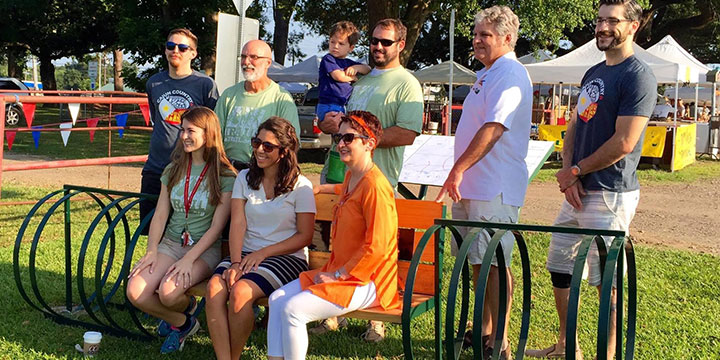