Will Green Growth Spell the End of Capitalism?

Scientists tell us that earth is overshooting its planetary boundaries at a rate far quicker than the average person would believe. This situation becomes rapidly compounded by the significant challenges of population growth, urbanization, unemployment and rising socioeconomic inequality. To complicate things further, the most rapid change is occurring in those parts of the world with the least resources and capacity to manage these effects.

The argument goes that the current capitalist system is out of control, with no moral compass, that our economic steamroller needs to be stopped dead in its tracks, and that nothing short of a revolution will save us. In this light, it is sometimes thought that the notion of green growth is nothing more than a veiled attempt to drive a left-wing agenda that has the redistribution of wealth as its central objective.

A leftist Green agenda proposes that the route to avoiding this apocalyptic outcome is the rapid reduction in the levels of resource consumption and, consequently, a slowdown of growth in developing countries. Proponents argue that this would allow developing economies the room to increase their quality of life and gross domestic profit (GDP)/capita, and so stave off the collapse of the world as we know it.

When sketched out in this way the case for green growth becomes polarised with shrill doomsday enviro-/socioactivists on one end, and rabid free-market capitalists on the other. So it is no surprise that neither side can see the wood for the trees.

Having spent time in both camps, I’ve come to see that at either end of the spectrum lie a number of assumptions. These assumptions are both dangerous and, in some cases, incorrect, and keep the protagonists locked out of seeing the emerging green economy as the natural evolution of our current capitalist system. A system which, at its heart, rewards scarcity and is driven by efficiency. In my view, both these elements are compatible with green growth.

INSIDE THE GREEN ECONOMY

What exactly does green growth mean and how can we be sure that it is indeed occurring? The World Bank and other organisations present the green economy as a low-carbon, resource-efficient and socially inclusive form of growth. Is it happening? Yes it is. Take, for example, the case for renewable energy – despite the arguments against climate change, the need for baseload supply in emerging economies and the current low prices for fossil fuels, renewables still continue to make progress.

Numbers reported by the United Nations (UN) indicate that 2015 was a record year for spending on renewable energy, reaching US$286 billion – over double the amount of investment in fossil fuels. Additionally, for the first time, developing countries invested more in renewable energy infrastructure than the developed world.

Bloomberg New Energy Finance (BNEF) goes further and says that “cheaper coal and cheaper gas will not derail the transformation and decarbonisation of the world’s power systems. By 2040, zero-emission energy sources will make up 60% of installed capacity. Wind and solar will account for 64% of the 8.6 terawatts (TW) of new power generating capacity added worldwide over the next 25 years, and for almost 60% of the US$11.4 trillion invested”.

So, what is driving this? In the solar energy arena, the rapid increases in technology efficiency and the reduction of costs mean that for every doubling of the number of solar panels produced, the costs fall by 26%. BNEF calls this cost solar’s “learning rate”, and is the formula driving the new energy revolution. They point out that rapid efficiency increases and cost decreases are enabled by the fact that solar is a technology and not a fuel.

Seen in this light, roof-top solar is to traditional electricity what mobile phones where to fixed line telephony.

THE DEMOCRATISATION OF ENERGY

Take the example of Mkopa -- a firm focusing on off-grid energy solutions in East Africa, which has a 350 000 customer base that is growing rapidly. They provide roof-top installed solar units in rural areas for less than a dollar a day. Daily energy requirements are purchased via cellphone, which the company also uses as a direct channel to maintain customer relationships. Here is a perfectly capitalist business that is driving both social inclusion and low-carbon energy outcomes. On the utility scale level, costs are also decreasing. A good example is the recent auction for the development of solar plants with the combined capacity of 100 megawatts (MW) in Zambia, which is supported by the Word Bank Group’s “Scaling Solar Initiative”. The result is an all-time African low of 6US¢/kilowatt hour (kWh) – circa 0.84 SA cents (currently the average residential consumer pays upwards of 120 cents/ kWh). Dubai wins hands down with the current rate of 3US¢/ kWh. Above is a picture of an emerging technology that is set to disrupt traditional energy systems – and this is to say nothing of the potential impact of emerging battery and storage technology that will enable solar to provide reliable baseload power (refer to Prof Mark New’s article, Understanding the Forecast: African Climate Change); and electric vehicles that are set to change the transport landscape.

Outside of these specific examples, one of the more interesting pieces of work being done around the green economy is by the FTSE, which has developed its own green economy taxonomy as means to witness the transition to such an economy. Being an index provider, they are interested in market taxonomies in order to construct various baskets of companies for investors to use as benchmarks. Traditionally, the main method for creating an index is the use of international securities identification numbers (ISIN) and the stock exchange daily official list (SEDOL) numbers used by issuers. These 'market number plates' contain within them the geography, sector and sub-sector details of each company, and were developed using the industrial classification system – which, of course, does not reflect the emergent green growth agenda. What this means is that, until now, it would not have been easily possible to select a basket of companies producing goods and services that are part of the green economy, since the existing taxonomy did not provide for it. The FTSE has remedied this situation, and their taxonomy for the green economy identifies 60 green economic sub sectors. The beauty of their approach is that they have tagged the green economy revenue lines within a company. This means that you can, for example, create a basket of emerging market companies that produce 40% or more of their revenue by participating in the green economy. To illustrate this, thanks to the FTSE’s new taxonomy, it is now possible to identify a Chinese coal company that actually derives 40% of its revenue from renewable energy . In essence, it yields a new understanding of investee company revenue streams.

IS GREEN A MACRO THEME?

If we extend this thinking to the idea that the green economy is a macro thematic trend that is reshaping growth, it would stand to reason then that a basket of companies with such revenues should show some kind of outperformance over time. In order to test this, we used the MSCI Emerging Market (EM) Index to assess the difference in performance between companies that generate their revenue from the low-carbon economy compared to those companies that do not. We sourced data from FTSE and used the constituents of the MSCI Emerging Markets Index to create two portfolios:

- A non-low-carbon economy portfolio, comprising all the constituents in the EM Index that do not have a lowcarbon economy score.

Pondering developments such as these, it is true to say that capitalism is not a static thing -- history shows that it has evolved over time and across continents in ways that are neither uniform, nor complete. In fact, from the emergence of the 19th century debtors' prison to the limited liability company, through to the protection of intellectual property rights, capitalist structures morph according to the times.

We are currently in the midst of a transformation that is driven by several behavioural shifts that are turning a number of longheld capitalist ideals on their heads, for example:

- Shared value across a broad stakeholder base - challenges the notion of shareholder primacy.

Innovation, changing public sentiment and emerging policy are also important drivers in the emergence of the green economy -- but they are happening in the capitalist context, adding a more accountable and socially-inclusive nuance to the basic drivers of capitalism, and so it continues to evolve.

So, no – green growth is not the end of capitalism, but rather, it is a natural extension of its evolutionary path. Seeing this opportunity requires a willingness to learn from history and the courage to think differently. 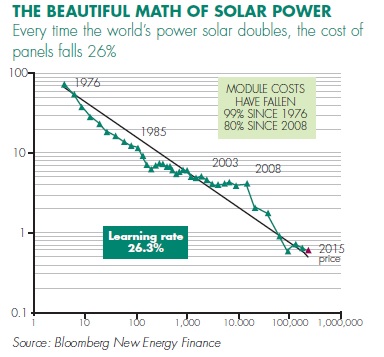 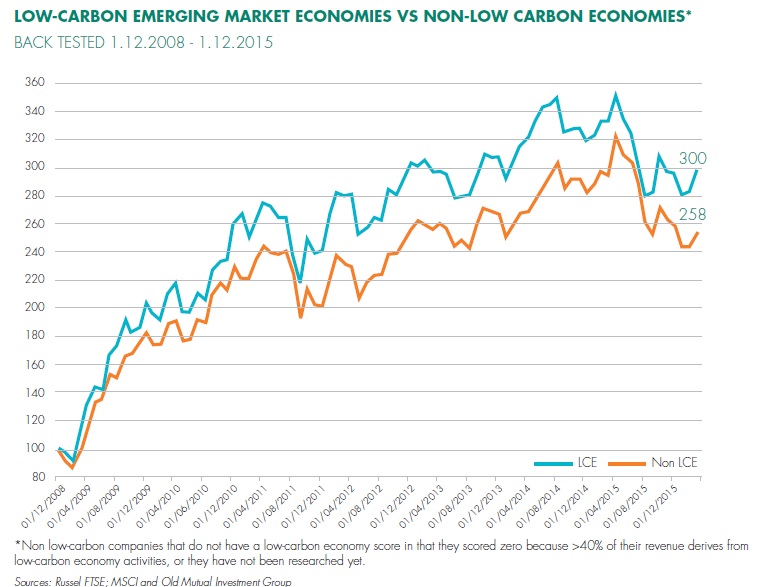