Brightpoint Health: From Days to Minutes with SuiteVolunteers

Despite being just four months into a new role at NetSuite, Spencer Linder couldn’t say no to a colleague when she encouraged him to apply to be a SuiteVolunteer. The SuiteVolunteers program, which matches the professional skills of NetSuite employee volunteers with the needs of nonprofit organizations who have received a donation of NetSuite’s software, was something Spencer said he “had on his radar,” but didn’t feel like he had enough technical experience to participate in.

Once he did, however, Linder, an Operations Analyst, was glad he could help to make a difference. Linder and the team assigned to the SuiteVolunteer project were paired with Brightpoint Health. Over the last 25 years, the nonprofit hasbeen meeting the unmet health needs of low-income individuals and families living in New York. From its beginnings running a nursing home devoted to the needs of individuals with HIV/AIDS toits expansion to become the largest care management program in New York today, Brightpoint Health provides health care to more than 40,000 New Yorkers each year.

When it comes to the challenges associated with providing high-quality medical and mental health care and social support services to low-income families and communities across New York, reconciling credit card statement at the end of the month probably isn’t one that comes to mind.

Yet for Brightpoint, the process to classify each expense on their American Express statement had turned into a significant challenge– an arduous, manual process that involved sending multiple Excel files back and forth between colleagues, taking staff three to four days to complete.

As SuiteVolunteers, Linder and his team moved Brightpoint’s manual credit card reconciliation into NetSuite to allow the organization to automate the entire process. By creating a series of saved searches, Brightpoint’s finance staff no longer needed to rely on multiple Excel spreadsheets and manual reminders to employees.

“We moved the responsibility from finance to NetSuite,” Linder said.

Linder, who served as the project manager on the SuiteVolunteer team, was thrilled that the project cut the time to reconcile expenses from three to four days, to just 10 to 20 minutes.

Additionally, his experience as a SuiteVolunteer made him realize how much he loves to be of service. And outside of fulfilling his personal passion for volunteering, Linder said his work as a SuiteVolunteer helped him to grow professionally – from learning how to facilitate communications to making sure everyone on the team had the information they needed.

Linder has already signed up for the next round of SuiteVolunteer projects.

“It was the first thing I did after the project [with Brightpoint Health] closed.” 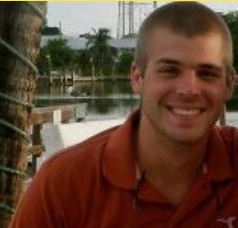