From Always' "Like a Girl" to Dove's "Campaign for Real Beauty" and more, using a brand's massive marketing power to break stereotypes has been popular among brands looking to start conversations around important issues. Now, a brand is harnessing its most iconic marketing asset – its label – in a bold move to inspire tolerance.

For the last week of Ramadan, Coca-Cola is redesigning its red cans in the Middle East. These new cans, while still bearing the iconic white ribbon, will be noticeably without the words "Coca-Cola." Instead, the cans will be emblazoned with one message, "Labels are for cans, not people." The beverage giant hopes the new cans will encourage "open-mindedness and tolerance" as part of its larger "Let's take an extra second campaign." To accompany the on-pack activation, the brand also released a video to show just how quickly prejudices can be formed (in seven seconds according to Coca-Cola). 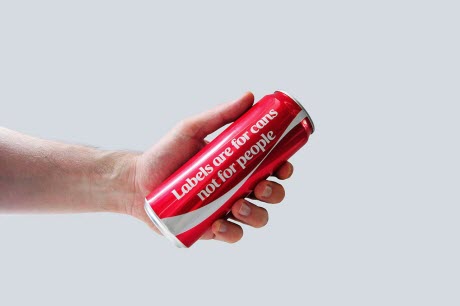