The chief executive officer of Exxel Outdoors swam against the tide of manufacturers moving their businesses overseas – a calculated risk that has led to continued success over the last 17 years at a sleeping bag factory in rural Alabama.

Helping smooth the way was Congressman Robert Aderholt of Alabama’s 4th District. The longtime U.S. representative co-sponsored and supported legislation that has helped companies like Exxel better compete in the global market, resulting in expanded production and more jobs in the States.

Recently, we caught up with Aderholt after he toured the Exxel factory and asked him about the importance of American made.

Q: How did you first connect with Exxel Outdoors in Haleyville, Alabama?

A: I first became aware of Exxel when I heard they were looking to “reshore” their operations from overseas to right here in Alabama. There were a number of trade regulations that stood in their way, and we worked together to clear them up so that they could build their plant and create jobs for some people who had not found work in over two years. It’s always fun to see the different styles of sleeping bags coming off the line. In a recent visit, Star Wars and Hello Kitty sleeping bags were being produced. And when you are walking through a Walmart store and see those sleeping bags, you immediately recognize they were made in America and right here in Alabama.

Q: Why are American-made products important to your district?

A: Alabama’s 4th Congressional District is very rural. But it is also very productive. Farms in the district are literally helping to feed America. The 4th District is also helping to clothe, house and protect America as well. In addition to facilities like Exxel, inside our district are textile plants, manufactured housing facilities and a fire hydrant production company. No matter where you live in America, look at a fire hydrant and there is a good chance it will say that it was made in Albertville, Alabama. The men and women who work at these facilities are contributing to their communities and growing the economy.

Q: In your 20 years representing Alabama, how has your district been impacted by manufacturing jobs being moved overseas?

A: My district has been heavily impacted by jobs being moved overseas. The textile manufacturing sector has especially been hit hard. This had resulted in thousands of jobs lost since 1997. I believe this trend, though, is changing and, if not almost reversed, slowed dramatically. I believe the future of American manufacturing is brighter than it has been in many years.

Q: What would you say to companies to encourage them to follow Exxel’s example and create and keep jobs in the U.S.?

A: We have a workforce across the 4th District that is reliable and ready to work. We also have an excellent community college system that loves to partner with local industry for job training. We just recently had a metal procurement company move into the district specifically to have access to the students coming from Wallace State Community College in Hanceville. I say all of this to just remind companies looking to expand that there are communities across this country that are standing ready to help you be successful and to help keep that Made in the USA sticker on products.

Read the latest from the Walmart Today blog here 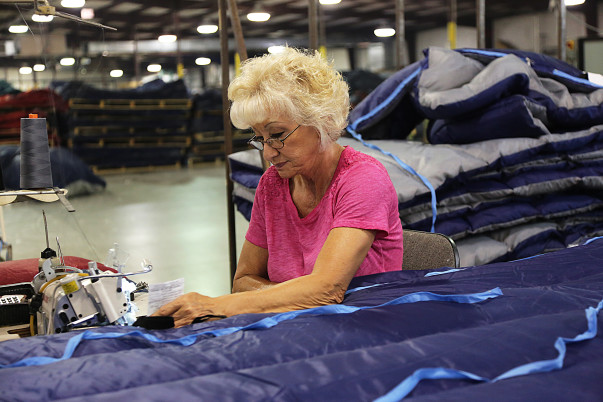 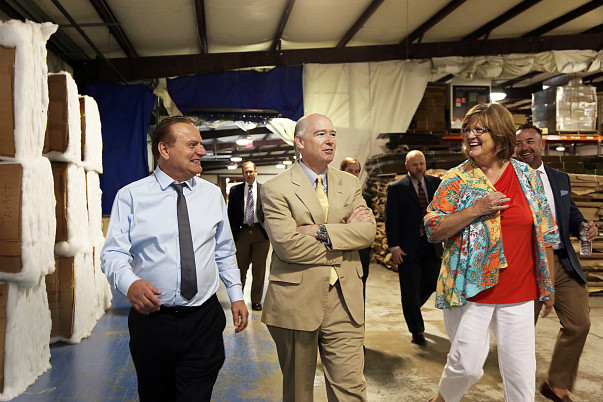