Yet while these students, from nine different countries across Asia, might be far from home, what stands out for me is that the concept of “home” is not what it used to be.

We live in an international world so interconnected that it’s now second nature to be observing real life events in real time, via social media such as Facebook or Twitter. Home is not just where your heart is – your smart phone and indeed many other technological advances means it’s global.

And nowhere can you see that transformation more clearly than in the growth of entrepreneurship and small business.

Asia’s “start-up” scene is literally booming. Take South Korea for instance. The country is one of the most wired nations in the world. In just four years, the number of start-ups there has nearly doubled– with much of that growth led by cross-border e-commerce.

Then there’s Thailand and China, which, at 19% and 13% respectively, have the highest rates of entrepreneurial activity in all of Asia. Singapore too has a reputation as one of the world’s most entrepreneurial capitals.

But what else do they have in common? The “start-up kids” are also characterized by their dynamic mindset. They know that so-called “home markets” are now only global, and are intricately linked with what’s happening across the other side of the world.

They also know that they need more than just a great idea. They need access. And that’s what FedEx is focused on. Creating and fostering an environment in which Asia’s new generation of entrepreneurs can more easily connect to global markets. 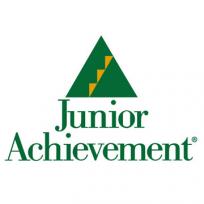