There is an old joke about how many people it takes to change a light bulb. For members of General Motors’ Professional Managers Network (PMN) in Flint, swapping inefficient fluorescent lights for more efficient ones is serious business, whether it is at work or in the community.

The Flint Complex Regional PMN, which includes salaried members from Flint Engine Operations, Flint Assembly and the Flint Metal Center, has been swapping more than 100 old T12 lights for T8 lights throughout the building that houses the YWCA of Greater Flint.

While the PMN focuses a lot on professional development for GM supervisors and other salaried employees, the group also does a lot in the community, raising funds for various charities, hosting GM product drive events and, in this case, lending some needed expertise to remove and install new lighting inside the Flint landmark.

PMN members have worked off and on at the YWCA during the last couple of months. The GM employees provide their own safety equipment and tools to rewire the lights for T8 lights that could save the YWCA about $9,000 a year.

“Every little bit of savings will help the YWCA, which provides critical services for women and children in the Flint area,” said Terri Burden, plant manager of Flint Engine Operations and a member of the YWCA of Greater Flint board of directors.

Added Ryan LaChappelle, a shift leader at the Flint Metal Center and the Flint PMN chairman: “Our responsibilities don’t stop at what we do inside our facilities. It’s important to share what we have learned with people and organizations outside GM so they can reduce their energy consumption, as well.”

Last year, the three plants in the Flint complex were among 54 GM facilities to meet a voluntary energy-reduction challenge set by the U.S. Environmental Protection Agency, cutting energy intensity to meet the EPA’s ENERGY STAR® Challenge for Industry.

The Flint plants have avoided more than $5.4 million in energy costs annually through their efforts and contributed to company-wide energy savings of $90 million.

Worldwide, GM is dedicated to energy efficiency and is working toward a goal to reduce energy intensity from its facilities 20 percent by 2020. The company is the No. 1 automotive user of solar power in the United States and received an EPA ENERGY STAR® Partner of the Year award for its energy management. 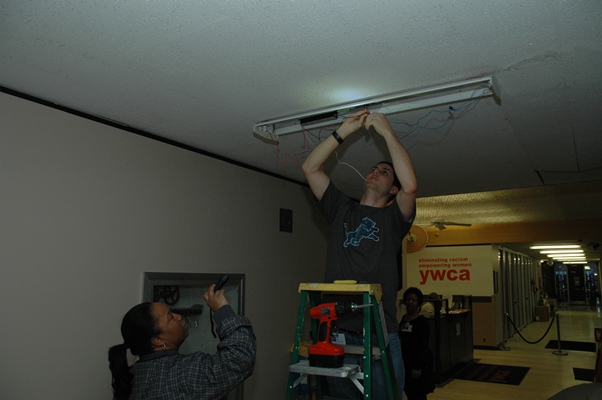