Goldcorp Supports the Fight Against Cancer

February 4 marks UN World Cancer Day, a global event dedicated to raising cancer awareness, supported by the World Health Organization (WHO), International Agency for Research on Cancer (IARC) and the Union for International Cancer Control (UICC). Goldcorp believes that responsible mining should contribute to long-term social and economic benefits in the communities where operations take place. Good healthcare, as well as the arts, education and community development contribute to the well-being of strong, vibrant communities.

Goldcorp’s Marlin Mine in Guatemala recently contributed towards better pediatric oncology. We originally published this story in our Above Ground magazine, Issue 11 - 2015/2016 edition.

Thanks to an injection of support from Goldcorp, children fighting cancer in western Guatemala will soon be able to receive treatment closer to home, with their parents at their sides, in a new, state-of-the-art cancer treatment centre that is currently under construction.

The province of San Marcos, near Goldcorp's Marlin mine, is far from Guatemala City, where the national pediatric oncology unit is located. According to Gloria de Dios, Director of Fundraising for the centre, as many as 38% of patients come from the western region. Until now, children and families in the west have had to travel to Guatemala City for treatment. Some families have been forced to move to the city while their child undergoes extended care. But not for much longer.

In August 2015, construction began on a new cancer hospital for children, located in Quetzaltenango. At the cornerstone ceremony, Goldcorp Guatemala announced a donation of 200,000 quetzals—the company's second donation, for a total contribution of 400,000 quetzals (approximately $50,000 at time of publication)—to help equip the new centre. “The new hospital in Quetzaltenango will mean families don't have to move to the city for treatment,” said Mario Marroquín Rivera, Executive Director of Goldcorp Guatemala.

Construction is expected to take 15 months. This will be a world-class medical centre, equipped with state-of-the-art oncology technology, supplies and professional services, with a capacity of 460 patients a year. Nine million additional quetzals will be spent on building the pediatric oncology centre, with another one million quetzals for specialized equipment.

Says Gloria de Dios, “Thanks to medical advances, 70 in every 100 cancer cases diagnosed early and treated properly will survive. We are deeply grateful to Goldcorp for supporting children with cancer by making this 400,000 quetzal donation to be used to equip the first satellite clinic in Quetzaltenango.”

In 2014, Goldcorp contributed towards an industry initiative that donated six gold bars, then valued at $3.28 million to the Princess Margaret Cancer Centre in Toronto, Canada. For more information on this, click here to read the blog post.

To read other stories that demonstrate our vision of Together, Creating Sustainable Value from Goldcorp’s Above Ground magazine, Issue 11 - 2015/2016 edition, click here. 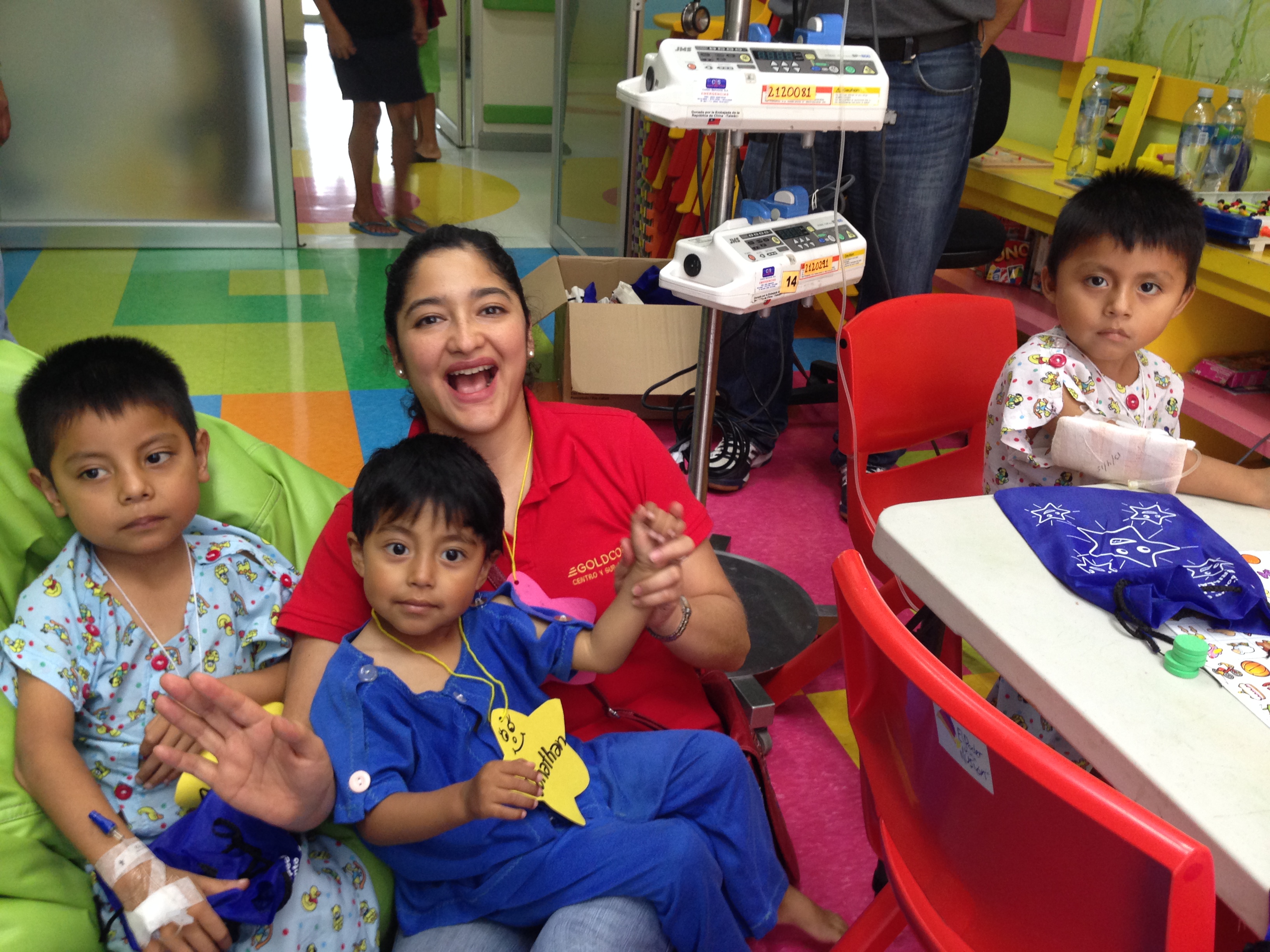