We are hearing more in the media about climate change recently and for good reason.  New York is preparing for another hurricane season while trying to learn to live within the “new normal” of a creeping water line (an extra foot already, and growing) and more intense storms.  The West is bracing for another season of record wildfires. Meanwhile the Arctic is disappearing before our eyes (80% of the summer ice was gone last summer compared to 1980) making for a wobbly jet stream and crazy weather for us in the lower 48 states.

But you know about all that.  So let’s talk about pirates and buried treasure instead.

What if I told you the climate “problem” you’ve heard so much about is really a $190 billion chest of gold bullion buried inside the board rooms and under the factory floors of businesses across America?  Would your company want a piece of that? I thought so.

Now that you’re a pirate, all you need is a map.  And that’s where I come in.  Yesterday World Wildlife Fund and CDP launched The 3% Solution, a story-filled, data-rich decoder ring for hidden corporate profit – $190 billion worth of profit in 2020 or $780 billion over ten years. Companies can uncover this profit by reducing their emissions by, on average, 3% annually between now and 2020.  To help you uncover these savings, the report has two key innovations:

(1)    A Carbon Profit and Target Calculator, which is your compass. It evaluates a company’s sector market share, projected growth and carbon profit potential in order to create a company-specific target for reducing carbon and capturing profit; and

(2)    A Carbon Productivity Portfolio, which is your map.  It includes a set of five actions that together create a strategic and practical pathway to maximize carbon reductions and create business value.

Okay, you say, energy efficiency theoretically can save money, but in practice companies can’t wait 10 years for a return on investment and pie-in-the-sky projections don’t always work in the real world. What if I told you that the innovations in this report are based on actions companies are already taking?  Companies like General Electric, Coca-Cola, DuPont, Catalyst Paper – the list goes on.

These companies are moving because it makes business sense: The data shows that 79 percent of S&P 500 companies reporting to CDP see a higher return on actions to reduce carbon pollution than other investments. Many of these are high reward, low-risk investments.  This isn’t pie-in-the-sky; this is money-in-the-bank.

The best news for us at WWF is that we didn’t have to cut any corners on what the best scientists say is needed from the US corporate sector to fight climate change:  If companies fully realized these savings, the US corporate sector would reduce emissions enough to meet their fair share of targets needed to help protect New York and the farms of the Midwest from the worst impacts of climate change.

But this is a limited time offer.  By waiting to act, companies are allowing these savings to go up in the smoke of a western wildfire.  Even worse, waiting means that future action will need to be much more ambitious to stay within levels needed to avoid the worst climate impacts.

In the debate over climate change, sometimes corporations can be portrayed as evil villains out to destroy the world.  I’d prefer to see a band of happy pirates searching out buried treasure – and in this case the gold belongs to you after all, you just need to find it.

About the author: Lou Leonard leads World Wildlife Fund’s climate change program. A lawyer by training, Leonard has practiced and taught international and domestic energy and conservation law, including with the US government, in the private sector, and at the University of Dar es Salaam in Tanzania. 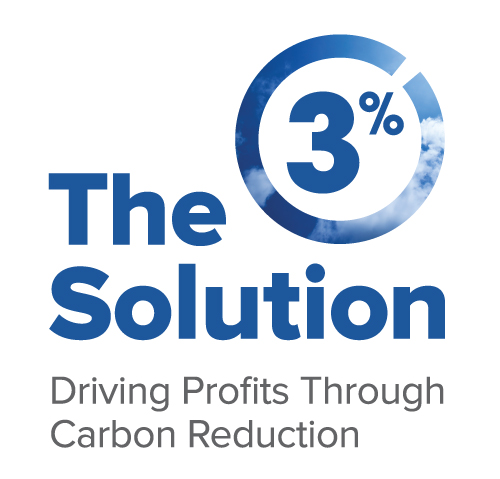