How Businesses, Individuals are Helping the Families of Charleston Shooting Victims

Jun 23, 2015 11:30 AM ET
Tweet This:
How Businesses, Individuals are Helping the Families of Charleston Shooting Victims http://3bl.me/8wqd6y
Blog
Selfish Giving

Businesses and individuals have responded to the the killings at Mother Emanuel African Methodist Episcopal (AME) Church in Charleston last week with donations and fundraisers.

The biggest donations to date have come from businesses that have a strong link to Charleston and South Carolina.

The Carolina Panthers, the area’s professional football team, donated $100,000 to the families of the victims. Airplane maker Boeing, which employs a large workforce in Charleston to assemble its 787 Dreamliner aircraft, also donated $100,000.

Locally, the Charleston business community has responded in force to support the victims. The Charleston Eater listed over two dozen businesses that have hosted fundraisers in wake of the tragedy.

They include King Street Grille that is donating $1 from the sale of every Sam Adams beer. Acme Lowcountry Kitchen is donating $1000 to the fund created for the victims, regardless of sales. And many businesses, including AutoBahn Food Truck, plan to collect donations from patrons.

Individuals have found their own ways to support the victims via crowdfunding sites.

Booster, the social fundraising platform that helps do-gooders raise money for their favorite causes with t-shirts, has several campaigns in progress to help the Charleston victims.

A day after the tragedy, Christopher Miller, a graphic designer who runs a business near AME Church, launched a Booster t-shirt fundraiser. Within four days he had sold 400 #CharlestonStrong t-shirts and raised more than $3,100.

“We all know the story,” wrote Sara on her Booster campaign page. “We also know how our community has come together in prayer, love, and support…. By purchasing this shirt, you can show your dedication to our community and our spirit, and you will also be supporting the Mother Emanuel AME Hope fund.”

Funds raised from both shirts, will help the victims’ relatives pay for funerals for their loved ones, counseling services and other needs as they heal from the tragedy.

Daniel James set up a fundraising page on GoFundMe to support the victims. So far he’s raised over $2,600.

This is a fundraiser for the families affected by the tragedy that has rattled our community,” James wrote. “Any donation helps. Charleston must stay united and spread the message of LOVE.”

100 percent of the funds raised through James’ efforts - minus GoFundMe’s five percent fee - will be given to the families of the AME Church.

Have you seen other examples of how individuals and businesses are supporting the families of the Charleston shooting victims? 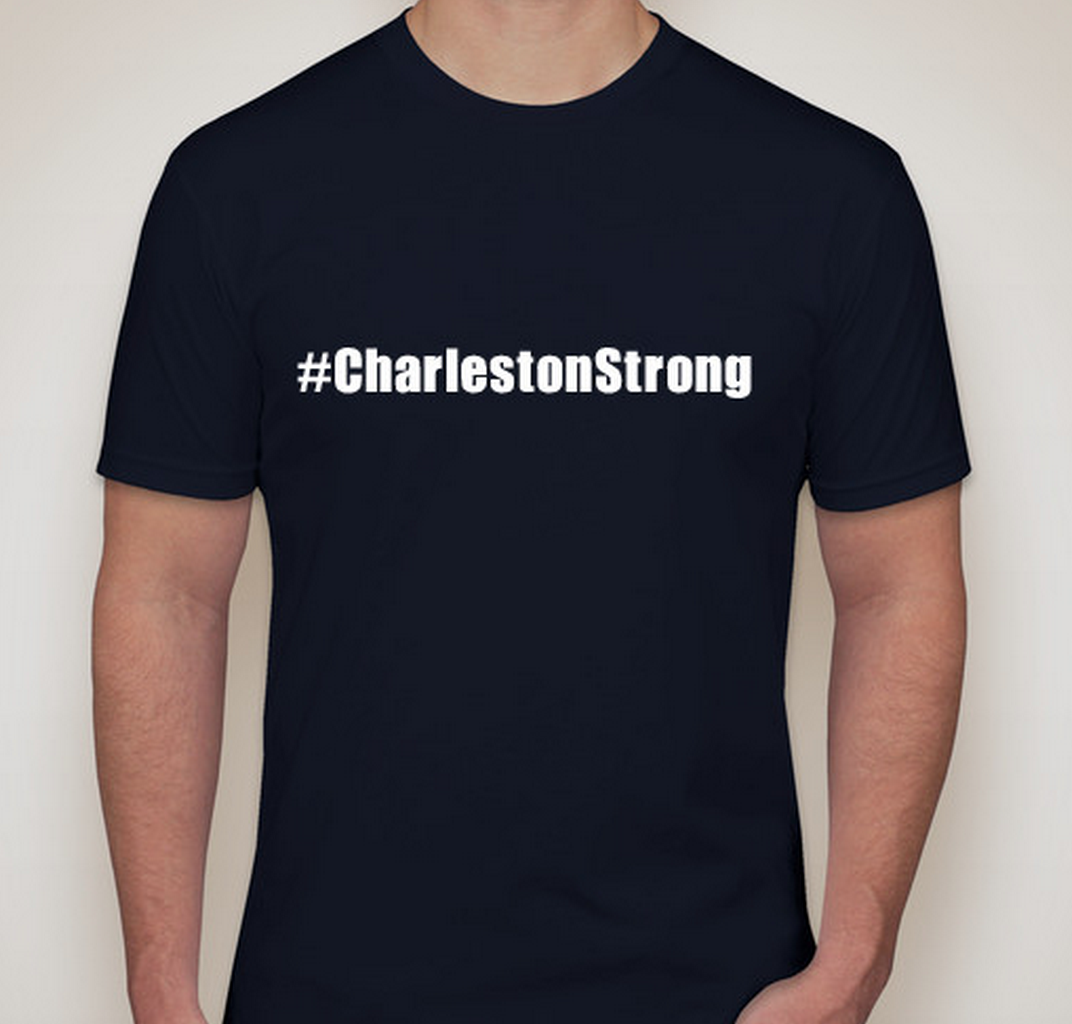