In 'Frontier', Gavin Serkin Finds Investments at the Ends of the Earth

Frontier is a must-read for investors wanting to find out how valuation in emerging markets really works.” – Financial Times
Apr 15, 2015 8:40 AM ET
Tweet This:
In 'Frontier', Gavin Serkin Finds Investments at the Ends of the Earth http://3bl.me/8ts4rn @bloomberg
Blog

Gavin Serkin was detained in Egypt, witnessed a beheading in Saudi Arabia, and confronted brutal police corruption in Nigeria. These hair-raising experiences occurred while he researched his first book, Frontier: Exploring the Top Ten Emerging Markets of Tomorrow (Wiley, 2015).

Gavin, who is Bloomberg’s Emerging Markets editor-at-large, packs Frontier with insight from fund managers who invest billions of dollars in less-explored markets like Kenya, Romania, or even Myanmar. It is also a captivating first-person perspective on traveling through and researching 10 frontier markets. If you’re willing to walk on the wild side, Gavin believes there’s plenty of reason to invest in frontier markets.

What exactly is a frontier market?
A frontier market is normally a country that is at a less developed stage than an emerging market, typically because the GDP per capita is lower, so there’s less spending power. There may be little in the way of a formal consumer sector as most of the transactions are done from street stalls. The economies are often at an early stage, where people’s earnings are just climbing from subsistence living to some disposable income, which can rapidly spur industries that feed vibrant economic growth.

At the opposite extreme are countries like Saudi Arabia, which is a frontier market because – for now – it’s closed to direct investment from foreigners. Romania, a European Union country, is frontier because the market is currently too small for larger investors to buy meaningful stakes.

Aren’t some of these countries hugely destabilized by terrorism?
Boko Haram, for example, has had an increasingly destabilizing effect on Nigeria since it started its insurgency six years ago. This has particularly become significant over the last few months as it caused a six-week delay to elections and coincided with the economy being challenged by the collapse of the oil price.

Yet Nigeria has turned a corner since the election.
For sure. Nigeria has just achieved its first democratic transition of power. The question now is whether the new president can turn around the economy by diversifying away from oil.

In Nigeria, there’s a really strong sense of entrepreneurship. Sometimes that point gets lost amid the corruption that we hear about. We witnessed several instances of violence when we were in Lagos — all in the pursuit of money. Nigeria’s lack of law enforcement makes obtaining wealth a more reckless affair.

What about mobile technology in frontier markets?
If you think about how much we do on our mobile devices, from ordering gifts to transferring money, they are a major source of economic activity in their own right.

Take Myanmar, for example, which has been cut off from the rest of the world for many decades. In terms of technology, mobile phones are finally reaching individuals. That’s a big ascendency that the local economy is about to experience. All of a sudden, people are going from very few mobile phones to having the levels of mobile phone ownership that you would see in other developing countries.

What was it like traveling with major fund investors?Mark Mobius from Templeton was fascinating to travel around with in Vietnam. As an investor, he is very in-depth. We did tours of the factories in all of the meetings where he conducts a “kicking the tires” analysis of a company.

One example is when we went to a drug factory. We watched the production plants. He looked at the quality of the tablets being spewed out, how they were being sorted by one of the attendants, how clean was the environment, where the raw materials were coming from.

Given the circumstances, I expected him to go into meetings and have stern words with the CEO, but it was quite the opposite. He went in and really wanted to understand why this company was underperforming. And he actually came out of the meeting wanting to increase his holdings. In his mind, the market wasn’t appreciating what this company would be doing in the future.

Mobius is incredibly energetic at 78 years old. I had a hard time keeping up with him as he squeezed in a workout at the hotel gym in the half hour between our run of meetings and evening engagements.

What’s the big takeaway from Frontier?
The takeaway from Frontier is that rewards turn up in the most surprising places. It was Baron Rothschild who said “buy when there’s blood in the streets,” but there doesn’t need to be blood. You know, a country can just be ignored, out of favor, or overlooked. And with in-depth research, you can find out some very surprising things.

The risks in frontier markets are very obvious. You see them in the headlines. You can’t ignore them. But there are also huge risks in developed countries. We’ve seen this from the recession that Europe and the States went through from 2008.

The big difference is that there’s more research going on in America and Europe compared to frontier markets, where less information is available. So for someone who is willing to go there and really explore, it’s easier in a way to find the gaps in information that could give you an advantage in the market.

* Get your copy of Frontier from Wiley, Amazon, or Barnes & Noble.

Contributed by TK Breuer, who works in Employee Communications at Bloomberg, LP. 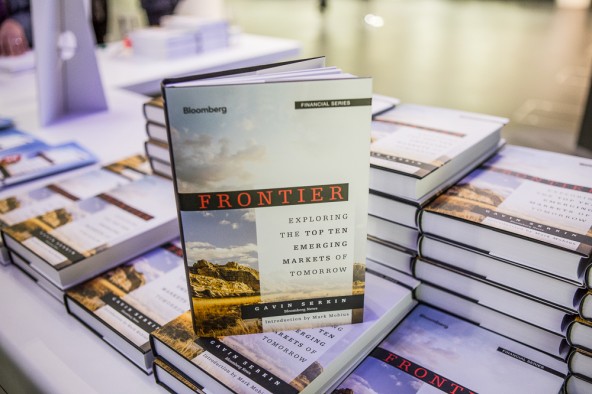 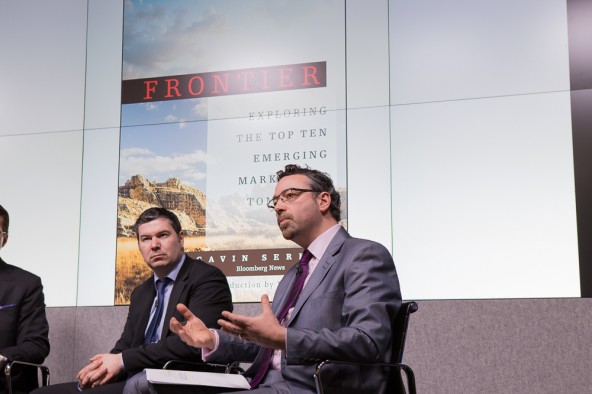