“Tech entrepreneurship is close to my heart,” said Michael R. Bloomberg as we welcomed more than 150 members of the NYC technology community for the inaugural Cornell Tech @ Bloomberg speaker series.

After sharing stories about the company’s early beginnings and how tech entrepreneurship played a major role in its success, Bloomberg introduced the new speaker series and first participant Y Combinator President Sam Altman.

Tom Giles, executive editor of Bloomberg Media’s  global technology team, interviewed Altman and learned that when it comes to the venture capital gains tax debate, his viewpoint is “investors like him should pay more.” In fact, Altman said he donates the extra cash from the tax break.

Giles didn’t let Altman leave the stage before having him offer advice to early startup founders. Addressing the pitfalls many of them face primary – Altman said – was how some founders spend too much time on socializing, networking and trying to raise money, as opposed to actually focusing more energy and time on building the best possible product and company. Founders often confuse networking for actual work.  Altman called this a “high class problem” – but one that ruins companies. “We try to intervene whenever we see this occurring,” he stated. “But sometimes it is too late.”

Dan Huttenlocher, dean and vice provost of Cornell Tech, closed out the session by stating: “We’re very excited to grow our relationship with Bloomberg LP and to be working in partnership on this series. It presents the Cornell Tech community with a unique opportunity to listen to, ask questions of and learn from leading global technology figures.” 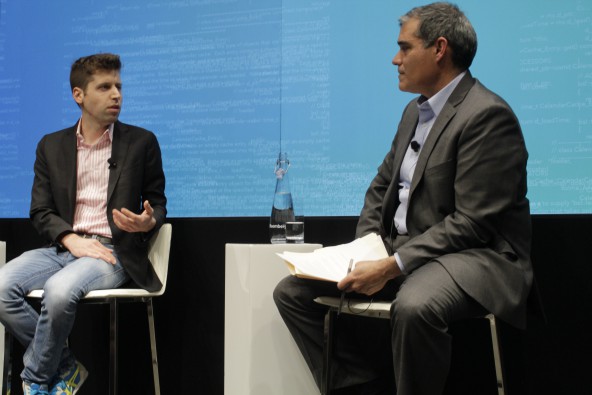 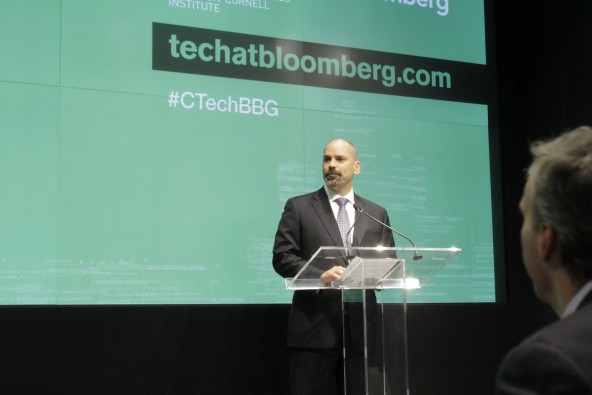