Major Leaguers Around the League Unite to Strike Out Cancer

Jason Motte, Billy Hamilton and Anthony Rizzo might be rivals on the field, but today they are on the same team – the K Cancer Team – uniting  to help Strike Out Cancer.

Strike Out Cancer Day has taken hold in baseball the past three years thanks to the determination of players who want to bring attention the cause, in general, and pediatric cancers, in particular. Jason Motte spearheaded the movement in 2013, and took it to a higher level in 2014 when he teamed with apparel company 108 Stitches to raise money to support cancer-related charities. That season, he recruited players on other clubs to follow suit and Strike Out Cancer Day, or K Cancer Day, was born.

Now, more than 30 players are sporting their K Cancer t-shirts to show their support and raise funds for a variety of charitable organizations dedicated to eradicating various forms of cancer.

Many players have their own charities, foundations and spearhead individual efforts to raise funds and awareness for cancer of all types. Through the 108 Stitches K Cancer t-shirts, their collective efforts allow them to speak with one voice by coming together in clubhouses around baseball to heighten the awareness for the need to help rid the world of these deadly diseases.

A brief sample of these efforts include Adam Eaton of the Chicago White Sox and his support for the The Dragonfly Foundation; Evan Longoria of the Tampa Bay Rays and the Moffitt Cancer Center; Yan Gomes of the Cleveland Indians and A Special Wish Foundation Cleveland;  Martin Maldonado of the Milwaukee Brewers and the Medical College of Wisconsin. Their names, teams and causes are different, but their goal is the same. This All-Star list of supporters is an impressive one, and you can check it out here.

Through Strike Out Cancer Day, players, Clubs and the entire baseball community are coming together and leading the effort to support the fight cancer and improve the lives of cancer patients and their families.

Fans can support the effort, too, by visiting www.108stitches.com.

Virtually all Major Leaguers are #GoingToBat for causes near and dear to them, as they personify the Players Trust’s motto to ‘care, act and inspire.’ To learn more about the charitable interests and activities of Major Leaguers, please click here. 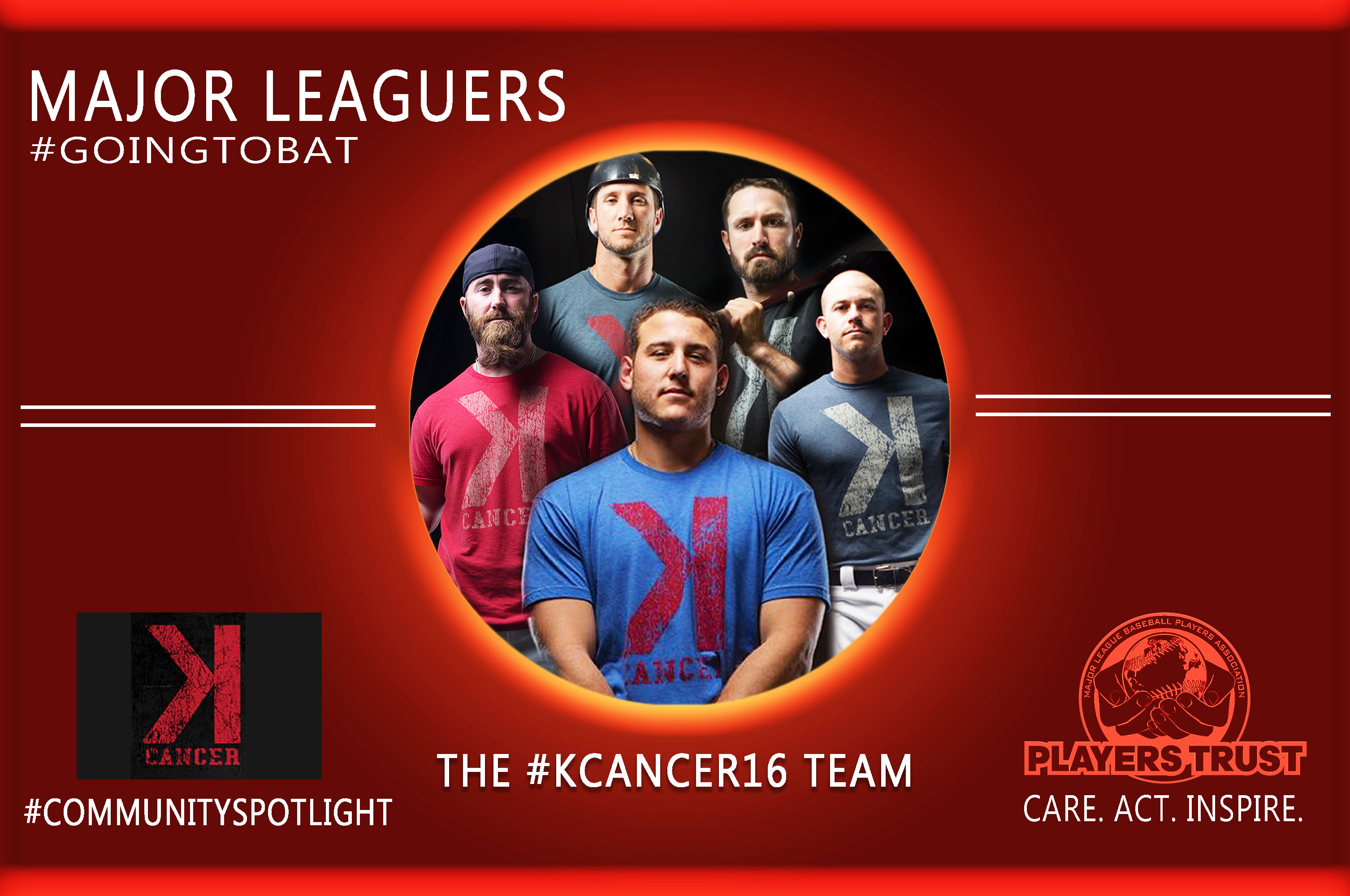