Major Leaguers & Our Children’s Vision Give the Gift of Sight

On a beautiful fall day in Gary, IN, a pair of former Major League baseball players returned to their roots bearing the gift of vision.

The event was held at Williams Elementary School, in Hawkins’ hometown of Gary, and a long-toss, baseball throw from his grandmother’s house.

The Players Trust and Our Children’s Vision partnered to  amplify the importance of  World Sight Day, and the need for accessible eye care in America and globally.

More than 250 enthusiastic elementary school students and local youth baseball players had comprehensive eye exams. Approximately 30% of those children required glasses, and they will receive their new glasses free of charge later this month. Children with glasses had their prescriptions reviewed by onsite volunteer optometrists, and if necessary were fitted for a new pair.

Hawkins and Lofton had the opportunity to chat with students who were amazed to learn that these two former Major Leaguers, with more than 30 years of big league experience between them, walked in their shoes and had traveled the same path.

Hawkins didn’t have his first eye exam until he had his first physical as a Major Leaguer.  "I was lucky I didn't have eye problems," Hawkins said. "Eyes are so important for everything.  It's about health, but it's really simple, every child should be able to see."

Lofton, a native of East Chicago, IN, was eager to return home on World Sight Day and for him it was very personal.  "My grandmother has glaucoma," he said. "That's why I feel like if she would have gotten it detected earlier her vision wouldn't have been as bad as it was."

"The idea is to use events like this to encourage the school authorities to start creating programs and implement policies around eye testing for children," Kovin Naidoo, the CEO of Brien Holden Vision Institute and Our Children's Vision campaign director said.

"Partnering with the Players Trust is very critical because it brings attention to a problem that's frequently neglected," he said.

The Players Trust and Our Children’s Vision urge everyone to take eye health seriously, by paying attention to signs that suggest an eye exam might be in order, such as: 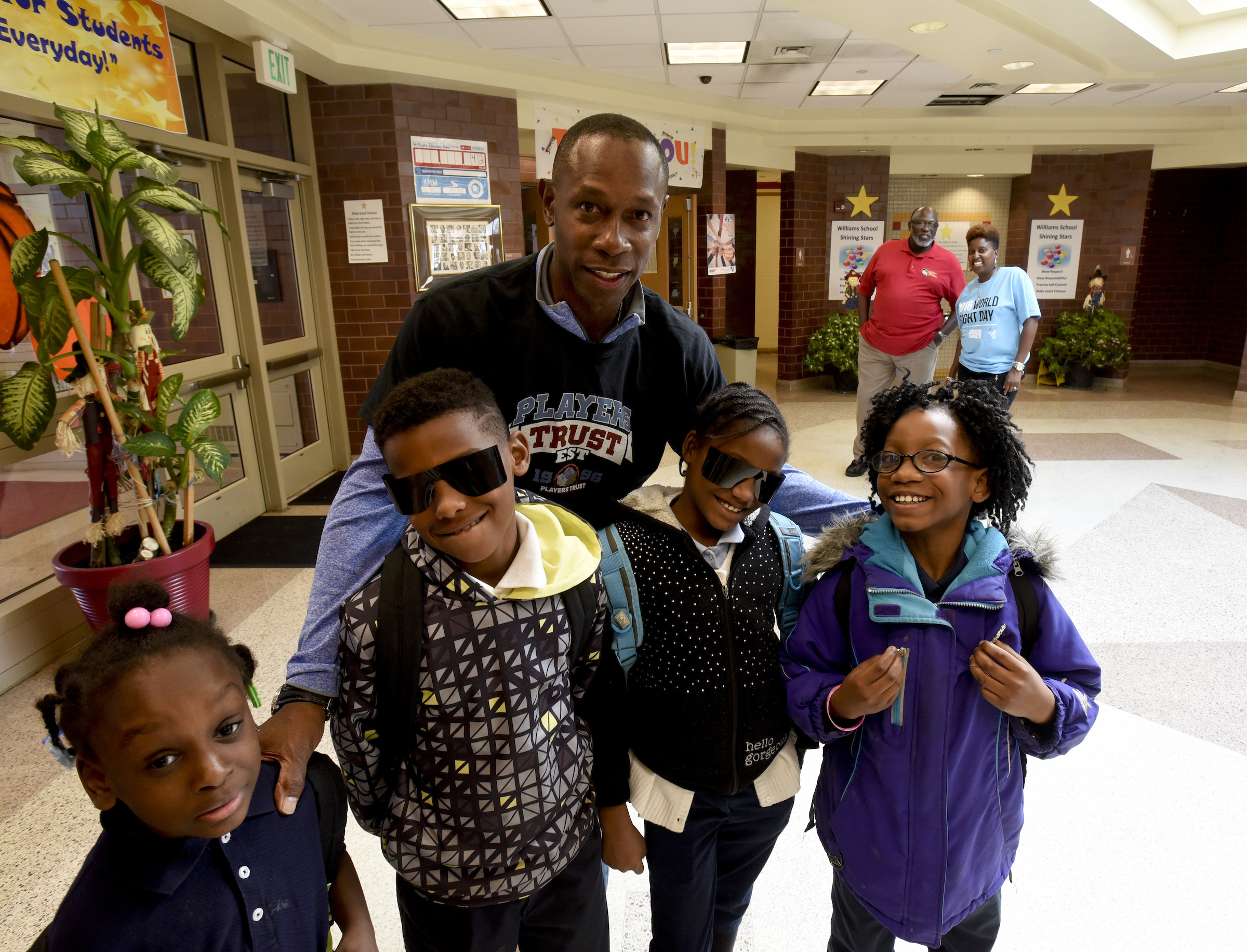 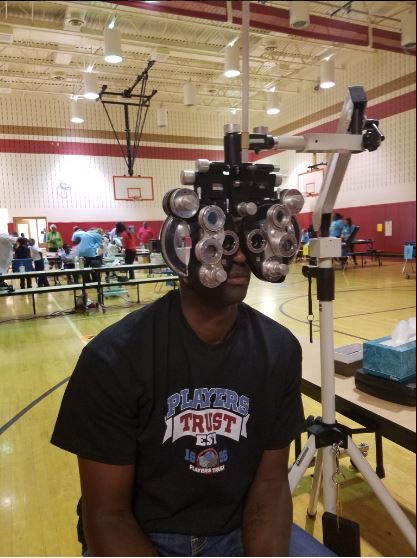 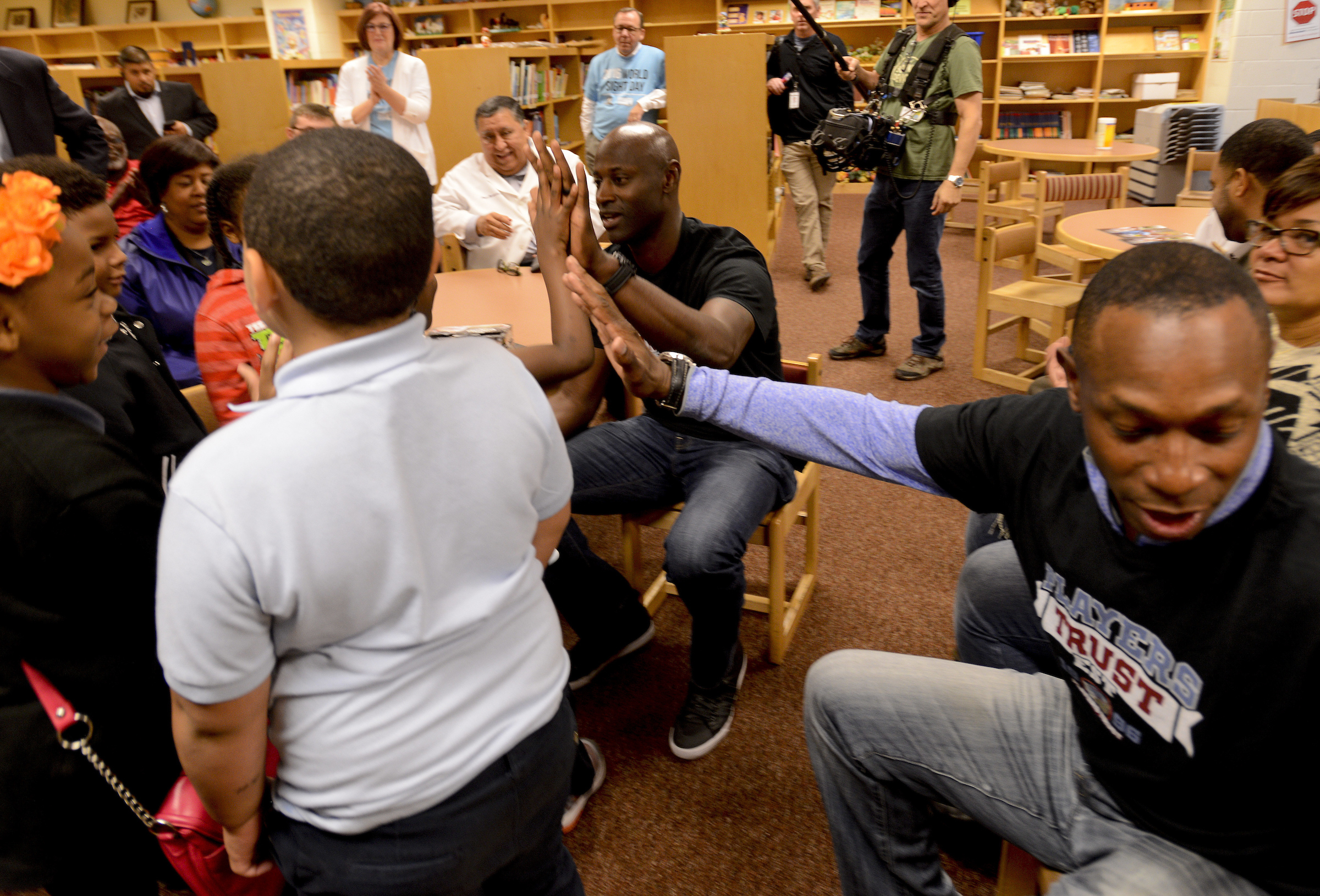 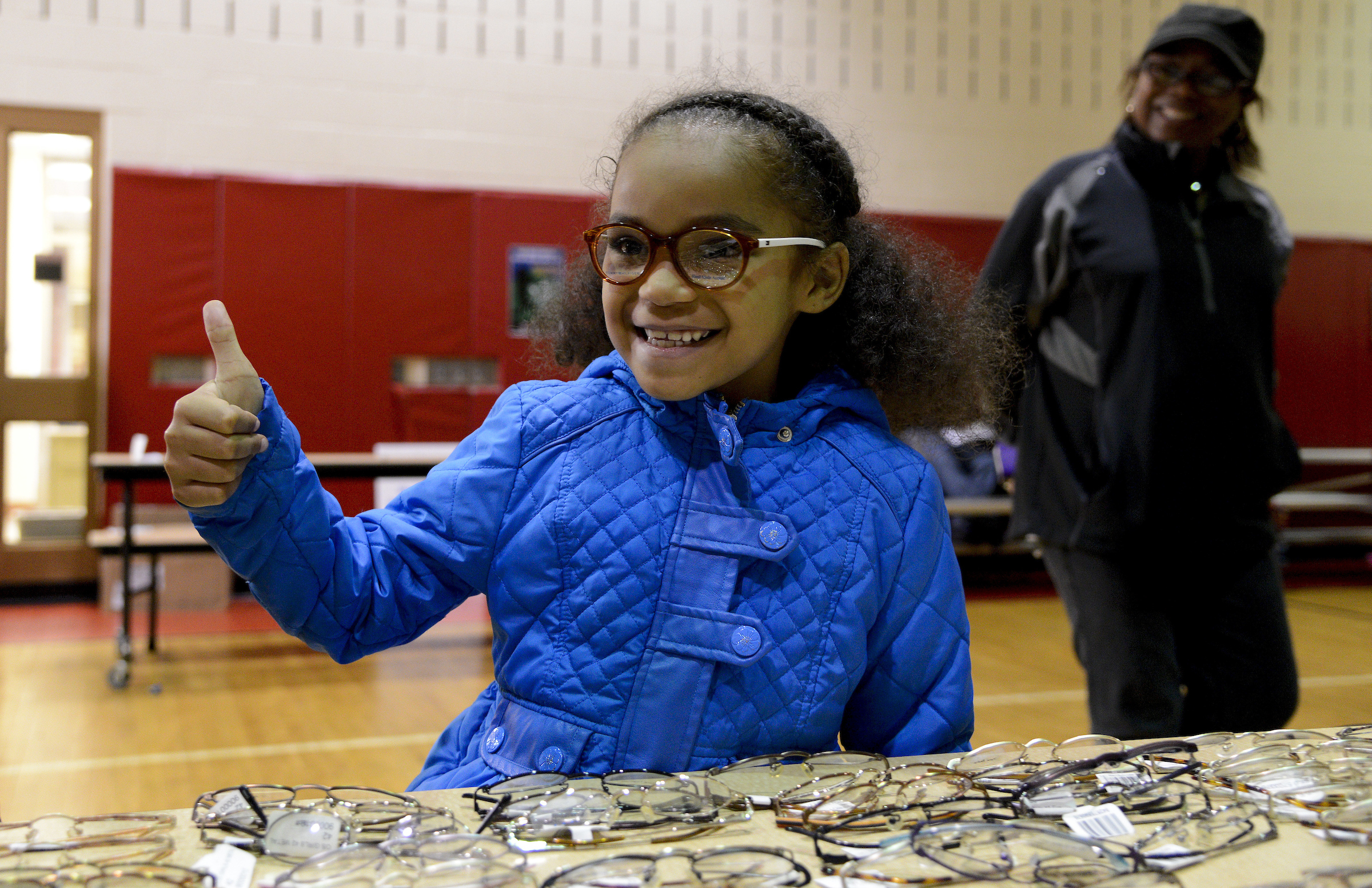 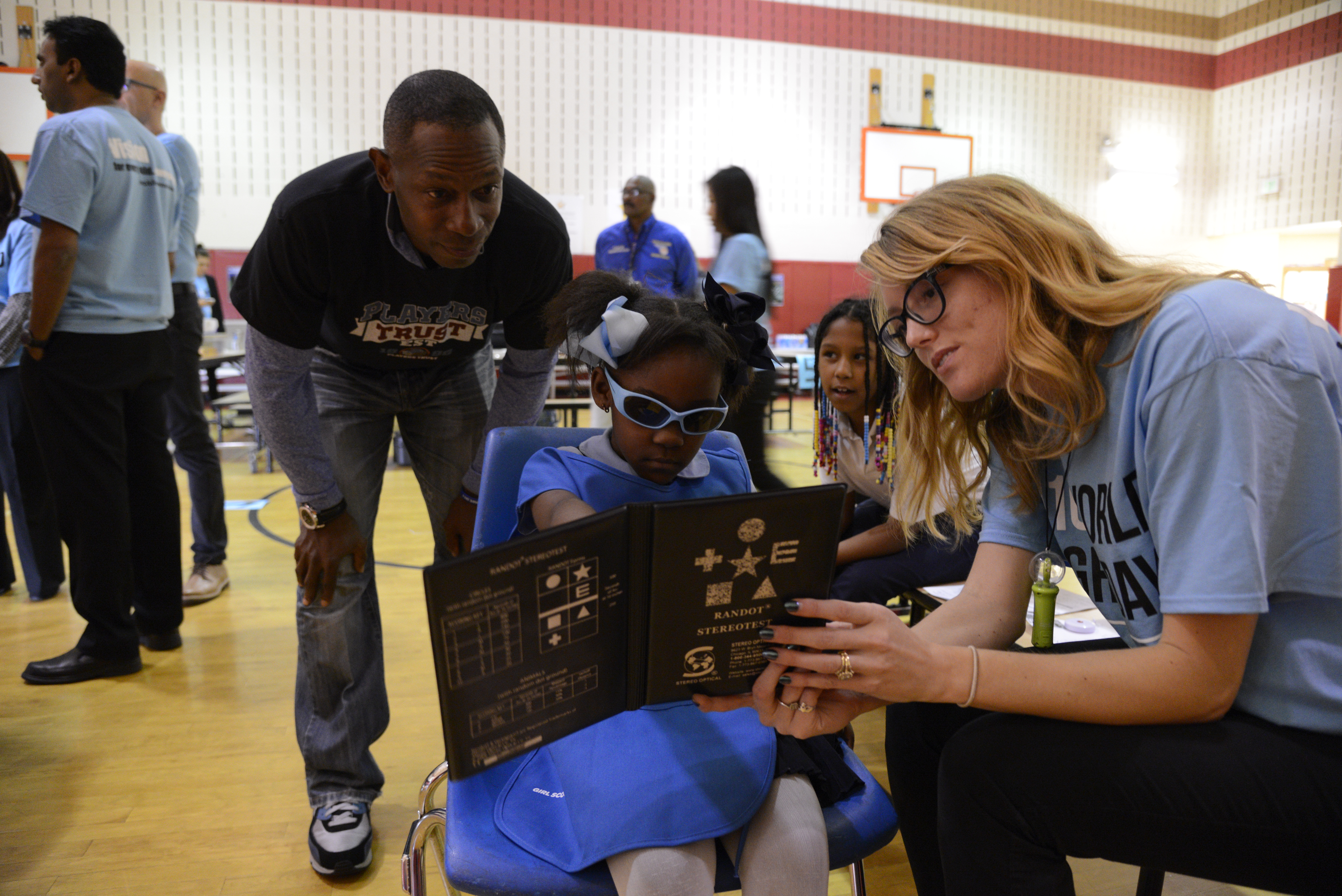 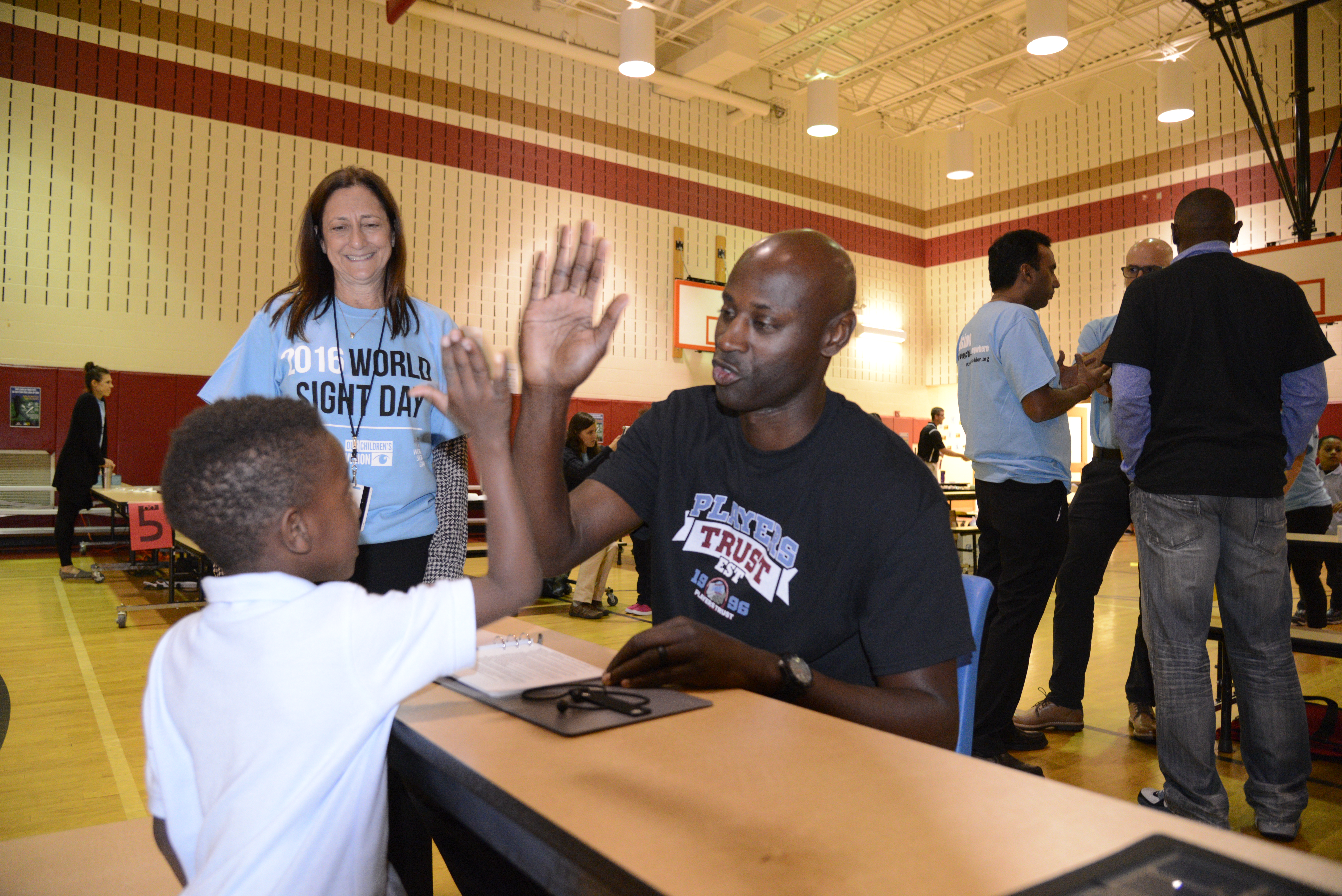