One of many lessons Linda Griffith tries to convey to students, including the four Amgen Scholars she has mentored through the years in her lab at MIT, is that being an engineer is empowering. “Life doesn’t always go your way,” she says. “But as an engineer, you can gain control over problems that in the outside world, you have no control over.”

That’s exactly what Griffith has done. In 2010, four months after undergoing major surgery as part of a lengthy battle with endometriosis, a painful disorder in which the tissue lining the uterus grows outside the uterus, she found out she had breast cancer. Instead of worrying about the breast cancer at the time of the diagnosis, she learned everything she could about the limits of clinical and basic research in the field.

Griffith’s personal experiences have transformed her research career, she says. In 2009, she launched the MIT Center for Gynepathology Research, which focuses on the study of diseases of the female reproductive tract that have received little attention, such as endometriosis. But she has long been recognized as a pioneer in the field of tissue engineering; her work in that area takes aim not only at regenerating new tissues but also at building models of disease to help identify and test new drugs. In 2006, Griffith received the MacArthur Fellows Program award. And in 2015, she shows no evidence of breast cancer.

Her own research experiences as an undergraduate were instrumental in Griffith’s decision to pursue a PhD, and she has all the while been deeply committed to undergraduate education, taking time outside the classroom and lab to facilitate career development workshops and to operate summer research programs. In the mid-1990s, together with several colleagues, she helped establish the Department of Biological Engineering at MIT and led the development of an undergraduate curriculum in biological engineering that would train students to harness the ongoing revolution in molecular life sciences for the benefit of society.

Griffith’s Amgen Scholars enter a bustling lab equipped with all of the resources and technical support they need to succeed. The time Griffith spends with her students is dedicated to helping them think about experiment designs and results interpretations.

Watching undergraduates realize they’re pushing the frontiers of new knowledge is one of the most gratifying rewards of mentoring, Griffith says. “The Amgen Scholars really are part of our research team. Even though they’re still learning, they’re doing experiments that could be game changing for some area of science,” she says.

Stanley “Brad” Bradshaw, a 2014 Scholar in Griffith’s lab and now a master’s student in biomedical engineering at the University of Miami, says, “Dr. Linda Griffith facilitated what has been my most rewarding research experience to date. She provides just the right balance of mentorship and challenge, of direction and freedom, of support and autonomy.”

Brad has learned crucial lessons from Griffith. One of them, he says, is: “Do not hesitate to ask others for help, consider diverse perspectives, and try to look at the situation from as many angles as possible. Only then can you find the best solution.” 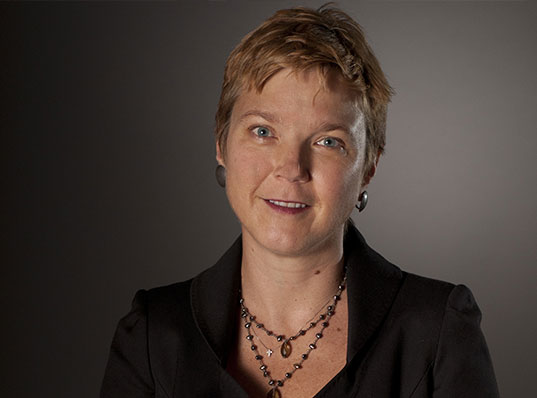