Sep 7, 2015 8:35 AM ET
Tweet This:
'Science is not about text books or testing. It’s something in everyday life.' -Henry, #BiotechExperience http://bit.ly/1PXS5fo
Blog

At the young age of 14, Henry Chou made a bold move – he left behind his immediate family in Taiwan to live with relatives in the United States in hopes of receiving a better education. Not a native English speaker, schoolwork and socializing didn’t come easy. It wasn’t until his second year in the U.S., when Chou participated in ABE, that he realized that science was something of a ‘common language,’ because as long as Chou’s technique was spot-on, his results would turn out the same as any other student.

That school year, and specifically the ABE lab, was a turning point for Chou. He eventually went on to earn his undergrad in biomedical engineering and an MBA from UCLA before joining Amgen as a technical writer. Now a business analyst with Amgen, Chou shares, “ABE piqued my interest and opened the door for me to a new world of possibilities in a new country.”

What did you enjoy most about ABE?
After 20 years, what I remember the most, and still get excited about, is the hands-on experience. Especially learning to slice DNA. That – combined with our biology teacher, Ms. Litten’s energy, brought science to life for me.
Talk about the hands-on lab experience. Did you feel like a real scientist? How did ABE compare to your experience in other science classes you’d taken
I never thought I could get my hands on something that scientists use on a daily basis, but ABE gave me the chance to get my hands on cutting edge science that normally people only talk about in the news.
Did ABE help you look at science in a new way? Did you have a sort of ‘ah-ha’ moment during the labs? Tell me about it.ABE labs are the real deal. You have to be spot-on with your technique, just like real scientists. I remember when I did one lab ‘correctly enough’ that I could see my own DNA…it still puts a smile on my face.
Did ABE help prepare you for college? Your current position? How?
Absolutely. In ABE we tried to understand what was behind the science, and not just take it at face value. ABE really taught me to look at all sides of the problem and think outside the box for a solution.
What was your biggest takeaway from ABE?
Science is not about text books, it’s not about testing. It’s something in everyday life. ABE tied its labs back to real issues and current events that I cared about, making me more aware of the importance of science education and scientific literacy.
---------------
To learn more about the Amgen Biotech Experience, please visit our website and check out the #BiotechExperience hashtag on Twitter. Visit AmgenInspires.com and follow @AmgenFoundation to stay up to date with all STEM-related news from the Amgen Foundation. 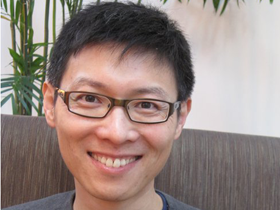