The two-hour National Geographic special, Gender Revolution: A Journey with Katie Couric, celebrated its world premiere at the New York Times Center on Thursday, February 2. The documentary accompanies National Geographic’s January issue, which dives into the world’s rapidly changing beliefs about gender in 2017.

Gender Revolution approaches the conversation of gender through lenses of social relations, brain chemistry, cultural norms and personal experience. Couric’s interest in gender identity arose three years ago, when her daughter came home from college and mentioned that new classes began with each student sharing their name and preferred gender pronoun. “I thought there was so much important information behind the headlines, the tweets, the articles—and I wanted to take a step back to see if it all indicated a shift in our thinking and really roll up my sleeves to connect the dots,” said Couric at Thursday’s premiere.

Gavin Grimm is a high school senior and transgender male whose story is one of the many featured in the film. Two years ago, Gavin’s school ruled that he wouldn’t be allowed to use the boys’ bathroom despite identifying as a boy—the case made its way up to national debate and will now be heard by the Supreme Court in the spring. “I’m excited for the humanization that this documentary will bring to the trans community, because for a lot of people, it’s still just an abstract concept…There’s not a lot of representation of trans people in television or other forms of media…so I’m hoping it will bring a clear look at who trans people are,” says Gavin.

The film premiere was followed by a panel of notable experts, doctors, and activists, including Hari Nef, the first openly transgender woman to sign a global modeling contract, and Georgiann Davis, professor of Sociology at the University of Nevada, Las Vegas, both of whom were featured in the documentary. The panel was moderated by Susan Goldberg, editor-in-chief of National Geographic. 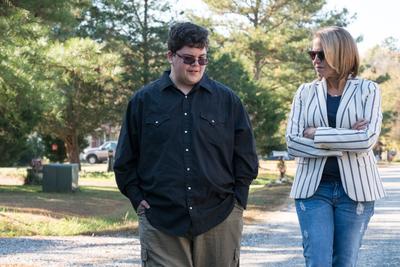 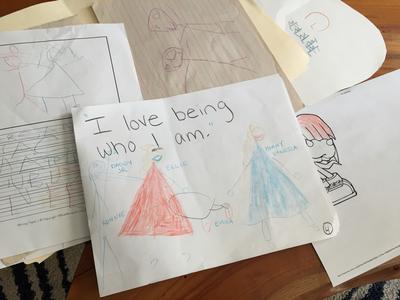