Viewers hoping to learn more about climate change should look no further than National Geographic this fall.

The organization recently announced that its newest documentary feature Extreme Weather, a big-screen look at how climate change influences natural disasters, will arrive at IMAX theaters and more across North America on Saturday, October 15. The film takes audiences on a nationwide journey, tracking the causes and effects of wildfires in California, tornadoes in the Midwest, and melting glaciers in Alaska. 21st Century Fox expanded its partnership with National Geographic last year to create National Geographic Partners, bringing together all of National Geographic's media properties with 27% of all proceeds going toward the Society's research and grantmaking efforts.

"I've always had a fascination with weather," said director Sean Casey. "We wanted to go into the field and capture incredible imagery. The 150-foot flames, the 400-foot wall of ice falling, the tornadoes -- there's a majesty to all of that. The way I see it, Extreme Weather lives at the crossroads of beauty and destruction."

The documentary, narrated by Emmy Award®-winning actor Michael C. Hall, shines a light on the work of climatologists and weather experts across the country, including National Geographic Emerging Explorer Dr. Erin Pettit and Oklahoma tornado researcher Justin Walker, as they explore how climate change is affecting our lands, oceans, and atmosphere to create natural disasters. The National Geographic Society has also developed educational resources around the film, including classroom activities about measuring weather and tracking climate change. Extreme Weather will screen in IMAX, giant-screen, 15/70mm dome screens, and digital cinemas throughout North America.

"Extreme Weather offers viewers an up-close look at some of the most astonishing and potentially deadly natural phenomena, while showing how they are interconnected and changing our world in dramatic ways," said Antonietta Monteleone, VP of film distribution for National Geographic Cinema Ventures. "It's exactly the type of film giant-screen cinema was made for."

The announcement comes on the heels of the news that the National Geographic Channel would host its first ever Earth Week, six straight days of primetime programming dedicated entirely to climate change. Earth Week kicks off on Sunday, October 30, with two back-to-back premieres: Before the Flood, Leonardo DiCaprio's climate change documentary featuring interviews with President Barack Obama, Pope Francis, Elon Musk, and more; and the second season of Years of Living Dangerously, the docu-series featuring Hollywood correspondents tracking the effects of climate change on communities around the world. 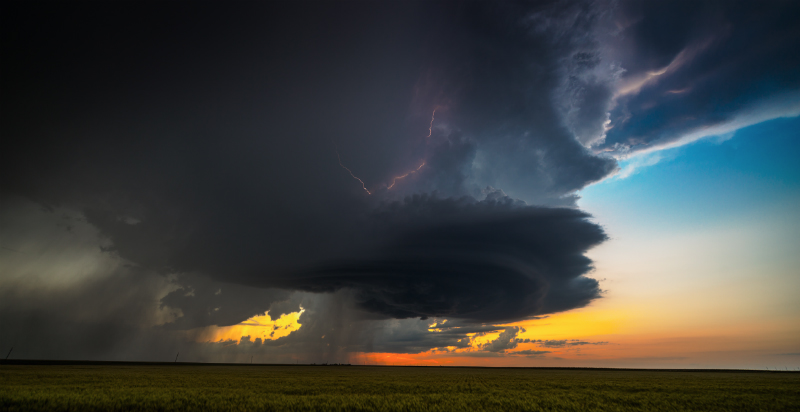