With teens spending an average of nine hours a day interacting with media, especially social media, it's no surprise online bullying has become a rampant issue. In fact, more than 40 percent of teens have reported being bullied online and nine-in-10who have witnessed online bullying have done nothing to stop it. Organizations are doing their part – harnessing hashtags and teen think tanks to brainstorm solutions and encourage youth to take a stand against online bullying. Cartoon Network's "Stop Bullying: Speak Up" campaign and Coca-Cola and DoSomething.Org's recent "Happiness Hackathon" are great examples. Now, a new PSA campaign just launched that make the issue emotionally compelling and easy for teens to take action against online bullying as it happens.

The driving force behind the Ad Council's "I Am A Witness" campaign, is a new eye-shaped emoji with a social impact message. The emoji sends a simple message, when a teen witnesses online bullying, they can respond with the emoji, signaling that they see what's happening and they won't stand by idly while bullying happens. Teens are encouraged to supplement the emoji with words or phrases of kindness, or even the #IAmAWitness hashtag in their responses. The I Am A Witness website provides even more tools for teens to combat bullying. Teens can "support a friend" by sending uplifting images or GIFs, watch YouTube stars speak out against bullying or take a bullying quiz to find out the best way to stand up against bullying based on personality type. Yet, the website also lends a hand when things get more serious – providing a crisis line for teens to text or call for help. 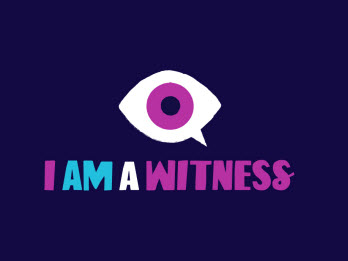