Earlier this month, Rebecca B. Roberts, who sits on the board of directors for Enbridge Energy Partners, L.P., was named among the 2014 Top 50 Most Powerful Women in Oil and Gas, a definitive list of female executives, influencers, and achievers impacting the oil and gas industry, by the Houston-based National Diversity Council.

Dennis Kennedy, CEO of the National Diversity Council, calls this group “the highest caliber of executive leadership within this industry . . . the NDC is honored to feature such a powerful group of inspirational women reaching new heights of achievement in business.”

Some of the selection criteria for this Top 50 list included: a top leader in her organization and profession; directly contributing to business growth or strategic direction of the organization; operating with the highest integrity and ethical behavior; and acting as an effective role model, mentoring the next generation of women in the industry.

In recent months, we’ve also seen other Enbridge female executives rewarded for their hard work and dedication in achieving positions of power and influence.

On April 24, Lorna Harron, Senior Manager of Enbridge’s Integrity Technology Advancement, received the Outstanding Mentor Award from the Association of Professional Engineers and Geoscientists of Alberta (APEGA). Harron launched the Females in Engineering (FEMINEN) employee resource group at Enbridge in 2011 – providing female engineering professionals opportunities to network, develop, and learn from each other.

“Having that network is absolutely critical to engaging and retaining female engineering professionals,” says Harron, “and I think that Enbridge recognizes the value of FEMINEN and the value of this work.”

In mid-February, Janet Coy, Vice President of EEP’s Natural Gas Marketing, was presented with the Influential Women Leaders Award by the Houston-based Oil and Gas Diversity Council during its inaugural 2014 Oil and Gas Women’s Summit.

“Janet has many talents that make her a tremendous leader. Just as importantly, she inspires others and sincerely develops her staff for their career growth,” praised Steve Neyland, Vice President of Finance in Enbridge’s Gas Pipelines and Processing (GPP) division. “Janet demonstrates all aspects of leadership at Enbridge by supporting and participating in our safety culture, the United Way campaign, and serving as the executive sponsor for Women at Enbridge. She’s an industry rock star.”

And back in December, Janet Holder, Enbridge’s Executive Vice President of Western Access, was named for the third time to the Women’s Executive Network (WXN) Canada’s Most Powerful Women: Top 100 Awards.

“We believe that by recognizing and sharing the accomplishments of these women, we are encouraging the next generation to reach higher,” said WXN founder Pamela Jeffery, “so that one day there will be no ceiling, just possibility.”

This is the kind of news we love to see at Enbridge, where we promote a welcoming and inclusive environment for our growing workforce of more than 11,000 people across North America – and give everyone a solid platform for career success.

How do we know we’re succeeding? Third-party recognition. We’re proud to say that in February, we were named to the prestigious annual list of Canada’s Best Diversity Employers.

Interested in learning more? Check out the ways we encourage and reward our employees’ hard work, and take a peek at our career opportunities in the United States and in Canada. 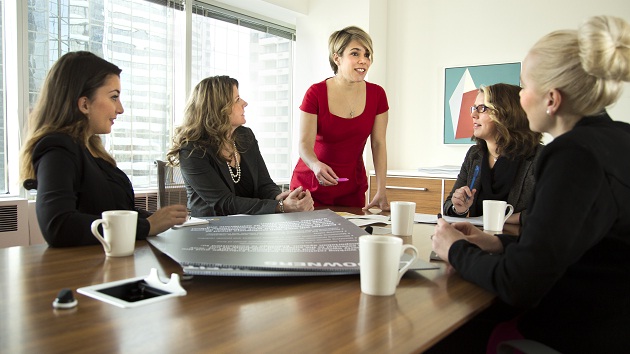