While a number of factors have affected the recycling model in the U.S. in recent years, the consumer demand for effortless, All-in-One™ or single-stream recycling programs has never been greater. Republic Services knows through market research that 9 out of 10 Americans want recycling services, and they are willing to pay for it. Republic is listening, and have been hard at work to grow their recycling capabilities in several markets across the country. Here are a few examples:

California
Republic invested in a major expansion at their Anaheim Recycling Center with a state-of-the-art, 100-ton-per-hour commercial recycling system. The enhancements represent the second of a multiphase modernization project designed to enable more than 50 communities throughout southern California to reach their bold sustainability goals. The expansion represents a significant investment in Republic’s local recycling capabilities and infrastructure, and will more than triple the recycling capacity at the 250,000 sq. ft. complex.

Iowa
In 2015, Republic invested in recycling capacity in multiple markets in Iowa. The investments in these markets have enabled expanded offerings and allowed Republic to grow market share in other parts of their business.

Virginia
Republic made an investment in the Northern Virginia Recycling Center — purchasing both the land and facility — and began a substantial revitalization project. The Northern Virginia Recycling Center, located in Manassas, processes as much as 14,000 tons of recyclables each month. Republic is committing additional recycling infrastructure and technologies that will increase capacity by another 8,000 tons per month.

The expanded capabilities will serve more than 140,000 households and 5,000 commercial and industrial businesses each month, and positions Republic to improve recycling participation and efficiencies in an environmentally conscientious part of the country.

Nevada
The Southern Nevada Recycling Center is Republic’s flagship recycling center and serves over 550,000 households throughout the area. It is capable of processing 2 million pounds of recyclables per day, or 70 tons per hour, and is expected to double recycling capacity in the area.

The Southern Nevada Recycling Center is capable of processing the recyclables in one fully loaded collection truck within three minutes, and is ready to enable the community to achieve its recycling and sustainability goals.

Republic Services collects and processes roughly 5 million tons of recyclables per year at their 67 recycling centers nationwide. They invest millions of dollars in expanded recycling capabilities each year.

For more information about recycling at Republic Services, go to page 20 of the recently-released 2015 Sustainability Report at: https://www.republicservices.com/sustainability 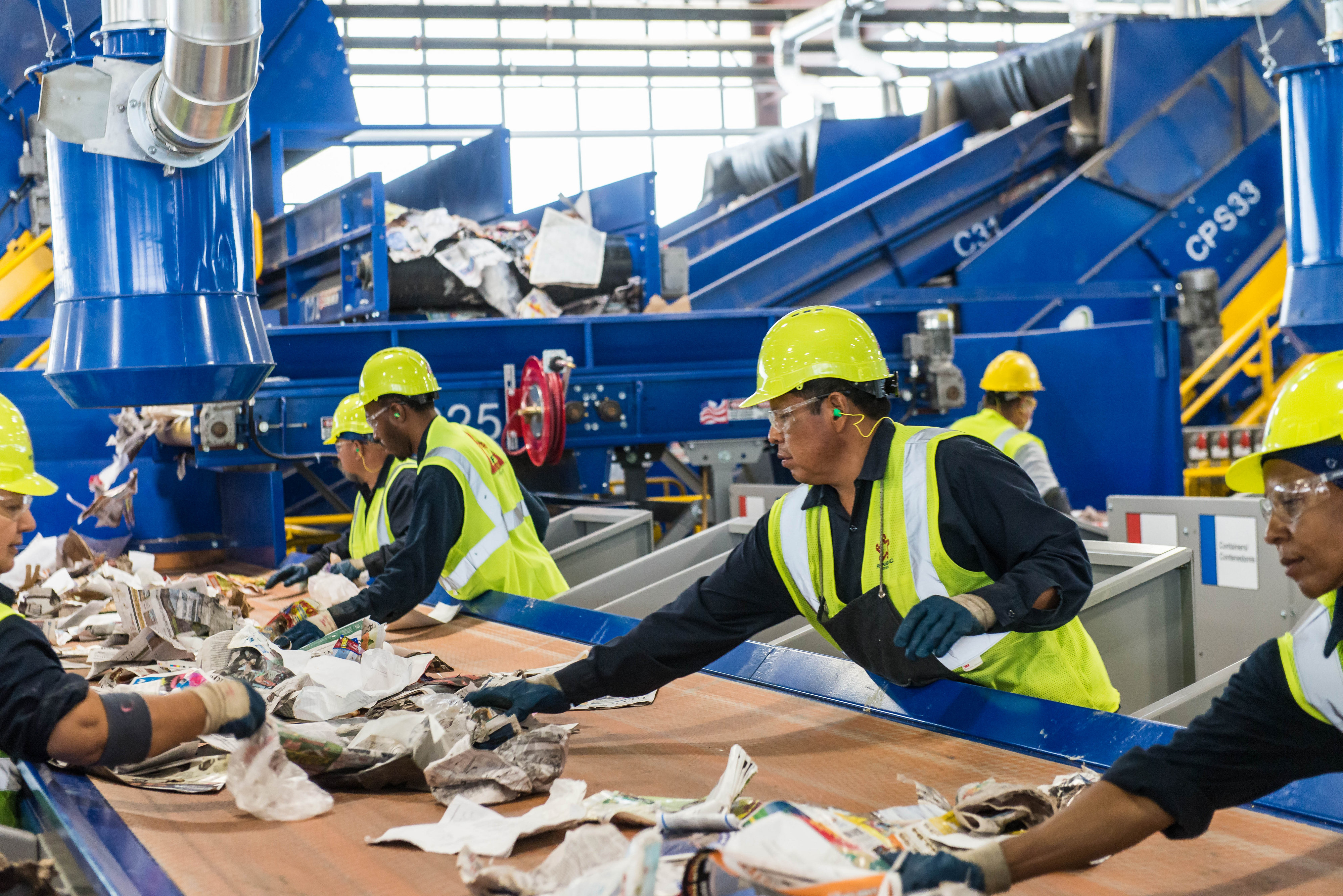