The concept of corporate social responsibility (CSR) emerged in the 1930s and 1940s, was formalised in the 1950s and has been evolving ever since. Many early CSR policies were largely reactive, attempting to curtail or avoid criticism rather than support issues related to the business. Eventually, marketing departments leveraged CSR and causes more strategically to strengthen company brands and differentiate them from competitors. In the most recent wave of corporate citizenship, businesses have turned their attention to health, education, environment and other broad issues affecting society and their business; as well as the ability to generate revenue and profit.

The business citizenship tide is turning once again. Millennials, who have been called the largest, most diverse and most influential generation the world has ever seen, have very distinct ideas about how companies should behave. They don’t just want businesses to get involved, they need them to get involved.

Millennials have grown up in a world beset by economic, political and cultural upheaval. The majority, 73% of Millennials surveyed, recognize that governments and public institutions can’t fix everything and want the business community to get involved. The Future of Business Citizenship study finds that 83% of respondents want companies and organizations to be more active in solving the problems we face. There is a direct correlation between their belief in government’s ability to solve problems and the level of business involvement they want to see.

For example, more than 80% of Millennials in Mexico say that governments can’t solve problems by themselves and more than 80% want business to step in.

It’s important to note that Millennials’ assessments of government and their ability to solve societal problems is not linked to the economy. In fact, more than half (55%) of Millennials are more optimistic about their personal financial outlooks in the next 12 months than in the economic climate in their countries. Only 35% are confident that the general economy will improve. 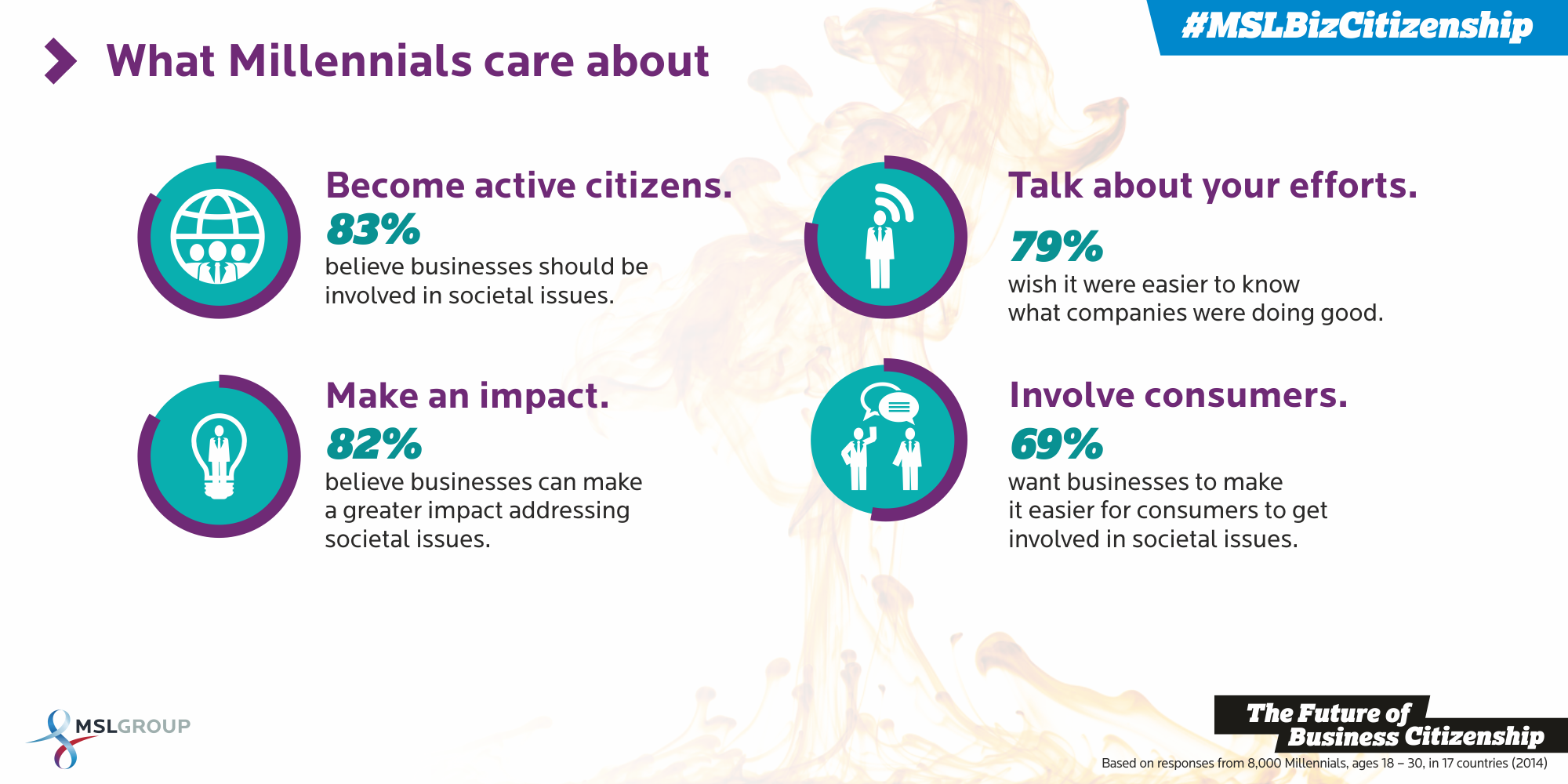 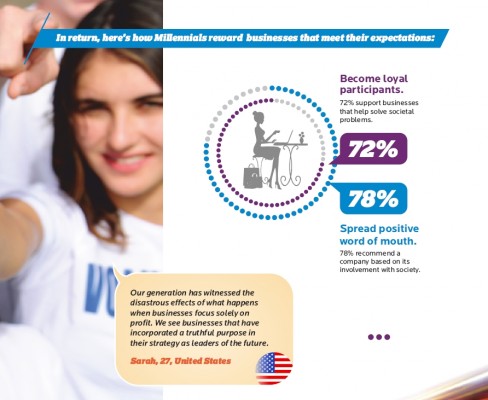