Many people have never heard of New York City’s largest open space: Jamaica Bay. Jamaica Bay’s distinctive makeup includes salt marsh, upland field and woods, fresh and brackish ponds and expansive bay, making it one the most important avian sanctuaries in the Northeastern United States. Despite being about three times the size of Central Park – and home to more than 400 species of animals – this impressive wetland never really garnered much attention.

Jets from JFK Airport soar overhead, filled with passengers unaware of the important habitats below. For more than a century, Jamaica Bay acted as a catch-all for garbage and unwanted materials. Land development filled in miles of habitat, compromising wildlife and the surrounding neighborhoods. These actions paired with the rising waters associated with climate change, seemed to make for an uncertain future for this natural resource – until the local community decided to unite and take action.

As a Jamaica bay-area resident, the groundswell of urban conservationism earned the attention of Dan Hendrick, NRG’s Director of Regulatory Affairs for the East region. Dan and the residents of Jamaica Bay began work to clean up wetland, which is vital to sustaining biodiversity and many species it homes. Take for example the bay’s eroded salt marshes, restoring the marshes will mitigate severe flooding during storms. Their efforts are helping not only the wildlife, but those who reside near the bay.

While the impact of Superstorm Sandy, which hit the region in 2012, shifted the original focus of the documentary, it only underscored the effects of pollution to the bay’s ecosystem and its surroundings. After Sandy, the film really took a life of its own, according to Hendrick, “The aftermath of Superstorm Sandy to the Jamaica Bay community really showcased how important it was to clean up the bay.” 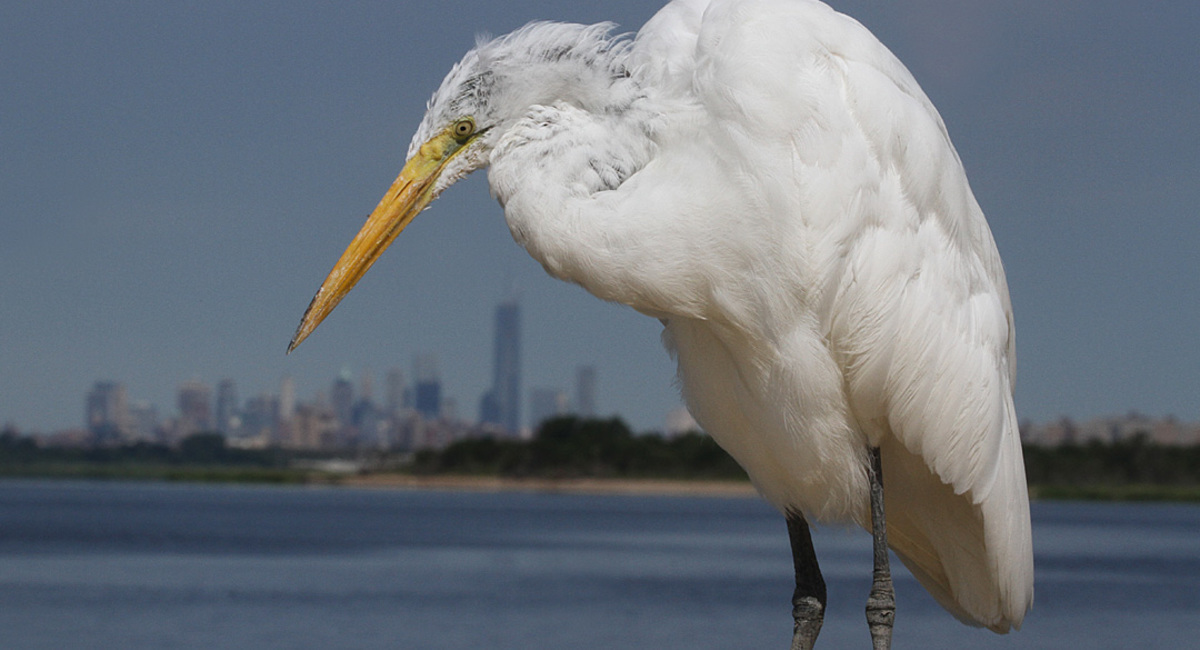