Scaling up to Save Water

This year, the focus of World Water Day is on how intertwined our energy and water use are, with water supplies across the country growing increasingly strained – in areas that depend on flows from the Colorado River, like California, for example – and demand for both freshwater and energy continuing to grow.

In the U.S., 36 states faced water shortages last summer, and the 2012 drought cost the U.S. an estimated $35 billion from crop losses and business interruptions. U.S. water prices have doubled or even tripled over the past dozen years, and rates are expected to continue to climb.

Water is a critical business issue as well, and not just for the agricultural and industrial sectors. Increasing droughts and water shortages are causing companies to pay more attention to their water use throughout their operations. In particular, when it comes to buildings, companies are learning that their water and energy use are closely connected.

By working with one company in particular over the last few years – AT&T – we’ve developed a set of tools to help businesses reduce the water used to cool their buildings. This year, we’re working together to bring those tools to businesses in five water-stressed cities.

As a four-time EDF Climate Corps host, AT&T had already worked with EDF to make impressive improvements in energy management and become a leader in this area.

In 2012 alone, the company implemented 5,695 energy-saving projects that totaled an annualized savings of $65 million. So when AT&T looked for partners to help manage water, our name floated to the top.

Why does AT&T care about water? A quarter of AT&T’s top water-consuming facilities – a mix of offices and data centers – are in water-stressed regions, which poses a risk to its operations. AT&T is not alone in focusing on water risks, either: at last year’s World Economic Forum, companies said water scarcity was the second most pressing risk they face, just behind a major failure of the financial system.

In buildings, water and energy use are closely connected. A quarter of the water used in a typical large office building flows through cooling towers, requiring energy for treatment and distribution. This applies to all sorts of large buildings, including buildings that support communications networks, because every time someone uses their mobile device, heat is generated in the buildings that support the network equipment, requiring even more water for cooling.

In 2012, we worked with AT&T to evaluate eight pilot sites that represented a mix of geographies, building types, and cooling tower water treatment approaches. We uncovered opportunities for AT&T to cut water consumption by as much as 40% at some sites with a few simple steps, including using technology to treat the water and taking advantage of “free air cooling” by pulling in outside air when it is sufficiently cool outside.

Based on our work together, AT&T has publicly committed to saving 150 million gallons of water (5% of its annual water use) and 400 million kilowatt hours of electricity (what 35,000 U.S. households use in a year) related to building cooling each year by 2015. AT&T is also using its influence and resources to leverage water and energy reductions beyond AT&T, including encouraging its suppliers to reduce water use.

Working together to scale up savings

Taken to scale nationally across all large U.S. buildings, we estimate that improving the efficiency of cooling towers in buildings could save 28 billion gallons of water annually in U.S. buildings — or enough water to fill 400,000,000 bath tubs year after year.

Saving water creates a virtuous cycle: the more water we save means less energy is needed for supplying, treating and distributing water, and those energy savings translate into less water we need to use for developing and producing energy—the “energy-water nexus.” Using water for cooling translates into lower costs for businesses as well — lower water/sewage charges and less energy and chemicals used for running building cooling systems — savings that add up.

Several companies are already working to adopt the toolkit, including Verizon, one of AT&T’s chief competitors, a sign of how common sense these measures are for companies to implement.

AT&T and EDF committed last year to sharing the toolkit in five water-stressed areas — Dallas, Denver, Houston, Los Angeles, and Phoenix — and helping other companies and organizations unlock their share of the savings. In water-stressed cities like these, widespread adoption of these leading practices could help shrink the gap between existing water supply and growing demand.

Over the coming months, we’ll be holding events alongside AT&T, in these cities and elsewhere, to share the toolkit with business leaders, facility managers, public officials and utility staff, and show how it can be used to complement existing conservation efforts and cut water use in these areas.

We all have a responsibility to reduce our water use; with tools like these, we’re making it just a little easier for companies to do so, and cut costs in the process.

Learn more about cooling tower efficiency with our guide and 12-part video series, or download the Water Efficiency Toolkit. 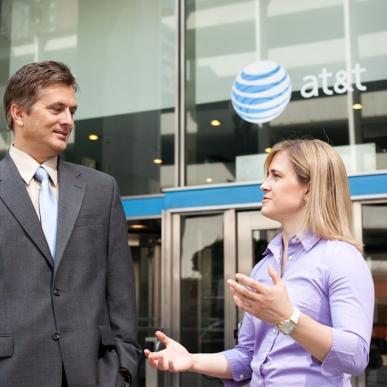