For almost 30 years, the Southern Poverty Law Center (SPLC) has conducted an annual census of hate and extremist groups as part of its mission of fighting hate, teaching tolerance and seeking justice.

This year, in a report released on Feb. 15, the SPLC documented what many suspected during an election year marred by incendiary rhetoric targeting immigrants, Muslims and minorities: The radical right is energized and on the rise.

The SPLC found that the number of hate groups operating in the United States rose to 917 in 2016 – up from 892 in 2015. The number is 101 shy of the all-time record set in 2011, but high by historic standards. It’s also the second year in a row that hate groups have grown their ranks.

The most dramatic growth was the near-tripling of anti-Muslim hate groups – from 34 in 2015 to 101 last year.

The rapid growth has been accompanied by a rash of crimes targeting Muslims, including an arson that destroyed a mosque in Victoria, Texas, just hours after the Trump administration announced an executive order suspending travel from some predominantly Muslim countries. Last October, three members of a militia-like group called the Crusaders were charged with plotting to blow up an apartment complex in Kansas where 120 Muslim immigrants from Somalia live. The attack was reportedly set for Nov. 9, the day after Election Day.

It wasn’t just political rhetoric and policies stoking anti-Muslim sentiment. The anger over terrorist attacks such as the June massacre of 49 people at a gay nightclub in Orlando played a role as well. And it’s all occurring within an anti-Muslim climate that was already erupting with violence before 2016: The latest FBI statistics show that hate crimes against Muslims grew by 67 percent in 2015.

It all helped make 2016 a banner year for hate.

After half a century of being increasingly relegated to the margins of society, the radical right entered the American mainstream in a way that had seemed virtually unimaginable only a few years ago. A surge in right-wing populism, stemming from the effects of globalization, not only swept Donald Trump into the White House, but brought angry rhetoric and white nationalist ideas once confined to the fringe into the political mainstream.

The impact is being felt by many of society’s most vulnerable people. In the first 10 days after Trump’s election, the SPLC documented 867 bias-related incidents, including more than 300 that targeted immigrants or Muslims.

Also, in a post-election SPLC survey of 10,000 educators, 90 percent said the climate at their schools had been negatively affected by the campaign. Eighty percent described heightened anxiety and fear among students, particularly immigrants, Muslims and African Americans. Numerous teachers reported a spike in the bullying and harassment of students whose race, ethnicity or religion was targeted during the election, along with a marked increase in slurs, derogatory language and extremist symbols in their classrooms.

In response, the SPLC’s Teaching Tolerance program distributed free resources to schools across the country to help them ensure safe, welcoming and equitable classrooms for all children. Additionally, the latest Teaching Tolerance magazine contains resources to combat anti-Muslim sentiments and help teachers be advocates for immigrant and refugee students.

The SPLC will continue to combat the spread of hate and extremism in America and is committed to helping the nation’s educators fight prejudice and teach the most fundamental values of our democracy.

Your company and its employees can support nonprofits like the SPLC through workplace giving and fundraising campaigns. Click here to learn about solutions designed to help large and small organizations give back to the causes they care about. To learn more about SPLC visit www.splcenter.org. 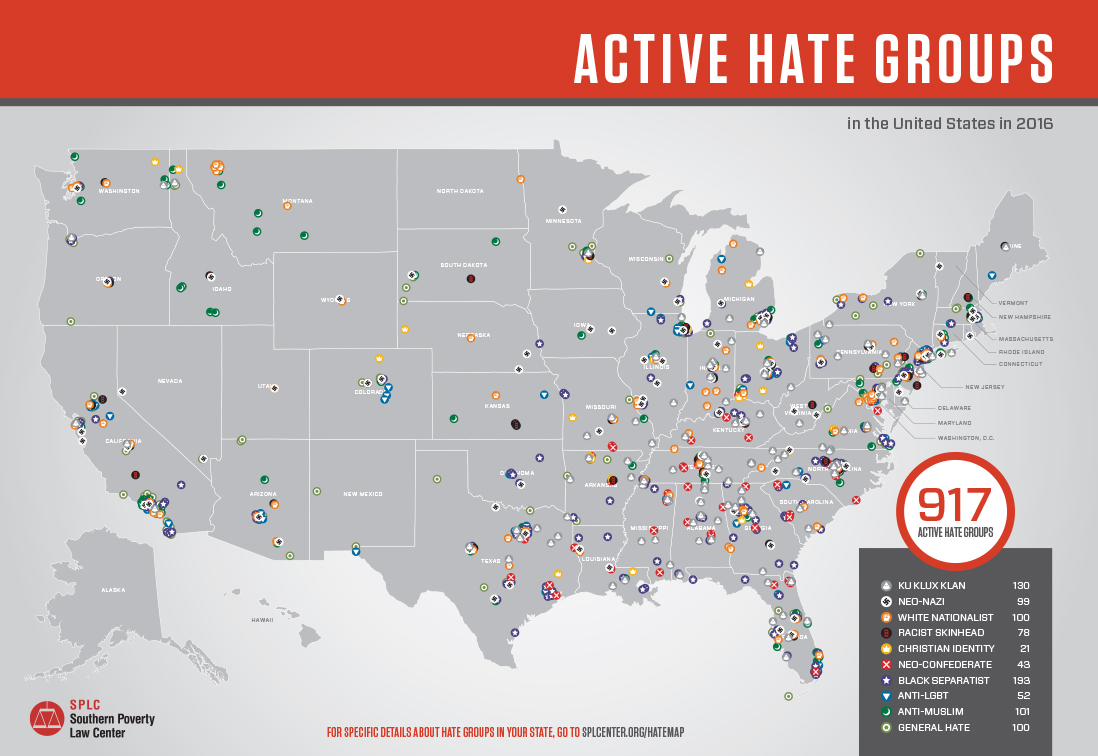