The Business of Agriculture: Understanding Lines of Credit

The Business of Agriculture series covers finance, accounting and other business topics to help both beginning farmers and ranchers as well as experienced operators. Steve Allard is Vice President of Credit with Farm Credit Mid-America, where he leads the credit analysis teams for the organization's four state territory. He is based in Louisville and Owensboro, Ky., and has been with the Farm Credit System for 34 years.

Whether they’re beginning farmers or well established operations, many producers use lines of credit as an effective agricultural financing tool to help smooth out the variable cash flow of the typical annual production cycle. Particularly at the beginning of the year, grain farmers need significant amounts of money for seed and other inputs, and then reap the reward come harvest; cattle stocker operations need to buy calves, pay to feed them during their growth cycle, and then have an influx of cash when they sell their herd to the feedlot; produce growers have expenses throughout the growing season, but receive income during the short harvest season.

A line of credit is effectively a short-term farm loan, but one that the borrower doesn’t receive in a lump sum. Instead, withdrawals and payments can be made throughout the year. Once the line of credit is approved, the money is available for use and the borrower doesn’t need to have any further conversations or approvals to use the funds; instead, the funds may be deposited in to a checking account or the farmer may write drafts against the line of credit as needed. There are typically no limits to how many times the funds are accessed, or how much is drawn out at any one time.

Lines of credit for production agriculture are typically tied to a particular farming or ranching activity and the value of the crop or product that’s being produced. For example, a line of credit taken out to cover crop input expenses is expected to be paid back using the profits from the sale of that crop.

Like a loan, when seeking a line of credit your lender will expect a business plan or a projection of how the money will be repaid. Collateral to secure the line is also likely to be needed, though this collateral can be as simple as a lien on what’s going to be sold. And interest is only accrued on the money that’s been drawn out, not on the entire amount available.

Beyond offering liquidity when it’s needed, one of the benefits of using lines of credit is the strength of the relationship built over time between the borrower and the lender. Particularly with a 12-month line of credit, the annual meeting helps deepen the understanding of the borrower’s operation and creates a foundation of trust that can help both borrower and lender weather unexpected situations. For Farm Credit, this builds on our commitment to provide consistent and dependable financial support to U.S. agriculture through good times and bad. 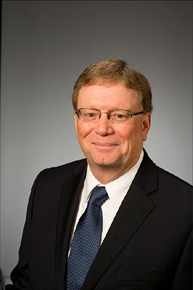